The Left’s “Secret Science”: Victory on the Margins 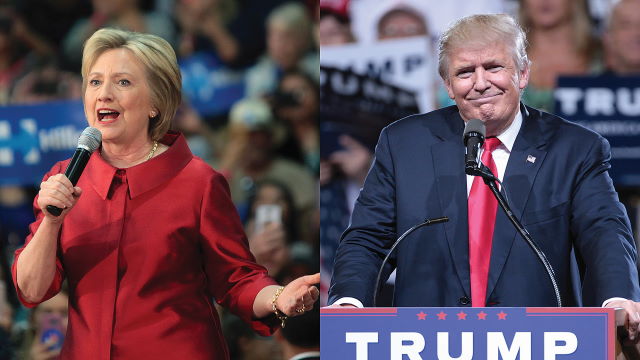 The combined total margin of victory in Pennsylvania, Michigan, and Ohio was just 77,744 votes. If only half of them had woken up on election day and voted for Hillary Clinton instead of Donald Trump, then Bill Clinton would have once again been placed dangerously close to the White House interns. Credit: Prachatai. License: https://bit.ly/3gWW7uq.
by Ken Braun

Victory on the Margins

As pure entertainment, Victory Lab is a well written and fascinating history of the get-out-the-vote (GOTV) and messaging innovations developed by partisan Democrats, partisan Republicans, and academic researchers (also sometimes very partisan—we will get to this in a moment).

But on a more important level, it is almost impossible to overstate the election-changing impact of these innovations, whether brought to life aboveboard by clearly partisan actors or in the shadows by shady partisan tax-exempt nonprofits.

Consider just the Voter Participation Center, which claims to have registered 1.5 million new voters during the 2020 election alone. Leaving aside the possibility that VPC is exaggerating to get more checks from Streisand, it stands to reason that: (1) VPC was at least responsible for getting out hundreds of thousands of new voters who wouldn’t have otherwise gotten to the polls, (2) the vast majority of those voters were in “key states” critical to the outcome of the presidential election; and (3) they likely voted overwhelmingly for Joe Biden.

The conventional narrative of the 2016 presidential election is well established. Donald Trump won on a famously razor-thin margin in three states: Pennsylvania, Michigan, and Ohio. The combined total margin of victory was just 77,744 votes. If only half of them—38,872 Trump voters in exactly the right places—had woken up on election day and voted for Hillary instead, then Bill Clinton would have once again been placed dangerously close to the White House interns.

Less well publicized: The 2020 election was even closer.

Joe Biden’s combined margin of victory in Wisconsin, Arizona, Georgia, and Nebraska’s 2nd congressional district was 65,009. If a precisely well-placed 32,505 Biden voters had switched sides, then Trump would have won another term.

The 2000 election was memorably won by George W. Bush by just 537 votes in the state of Florida, meaning 270 people—who could have been reached via a week of door knocking by a persuasive Al Gore volunteer—might have changed the course of history. Bush’s 2004 reelection turned on just a 59,301-vote margin in Ohio.

Barack Obama’s 2012 reelection, though decisive in the Electoral College margin, hinged on a combined total vote margin of fewer than 482,000 votes in four states. Even in this otherwise convincing victory, just 241,000 voters could have changed the outcome by switching their votes from the Democrat to the Republican.

That is 0.002 percent of the more than 127 million people who participated in the 2012 presidential election.

These examples demonstrate that our biggest elections have been won by the tiniest of victories. It is a huge deal that one organization such as the Voter Participation Center can plausibly claim to have mobilized hundreds of thousands—maybe more than a million—left-leaning swing-state voters to go to the polls.

And the Voter Participation Center is far from the only lefty player on this field.

Victory Lab left little doubt that spiking votes for Democrats was the deceptive point of using these supposedly nonpartisan/nonprofit organizations for voter registration and participation programs. Referencing the work of the left-leaning philanthropic foundation known as Carnegie Corporation, Issenberg described how many of these turnout machines sail close to (or possibly beyond) the edge of the law:

“Because the tax code allowed nonprofit organizations to run registration and turnout drives as long as they did not push a particular candidate, organizing “historically disenfranchised” communities (as Carnegie described them) became a backdoor approach to ginning up Democratic votes outside the campaign finance laws that applied to candidates, parties, and political action committees. Major liberal donors got into the GOTV game: Project Vote organized urban areas, Rock the Vote targeted the young, the NAACP National Voter Fund focused on African-Americans.”

The white turnout rate slightly overtook the African American rate four years later in 2016, but the two were within 6 percentage points of one another: 65.3 percent versus 59.6 percent.

Of course, a charismatic and popular African American president was not on the ballot in 2016, as he had been for the two prior elections. Instead, it was a race between the two most disliked major party presidential candidates in the history of Gallup’s polling. In an election in which both Trump and Clinton were viewed unfavorably by a majority, it is more charitable to the good judgment of black voters to assume that profound disappointment, rather than “historical disenfranchisement,” caused many of them to logically refuse to be responsible for whoever won the White House.

Many of the chapters in Victory Lab profile the entirely aboveboard work done by partisan Democrats and Republicans to increase turnout among their most likely supporters. This is obviously what political campaigns are meant to do. But when the book addresses voter registration and turnout work provided by the supposedly nonpartisan nonprofits, such as those mentioned to this point, the examples provided are all purpose-built to tilt the scales toward one party: the Democrats.

This is not a fault of the book, its liberal author, or the liberal reviewers who didn’t criticize the book for this tilt. It simply reflects the reality of the nonprofit world. It is very difficult (perhaps impossible) to come up with an example that so heavily benefits Republican candidates in the way the Voter Participation Center and the others work to juice Democratic turnout.

In the next installment, see how tax and campaign finance laws have altered the political battlefield.