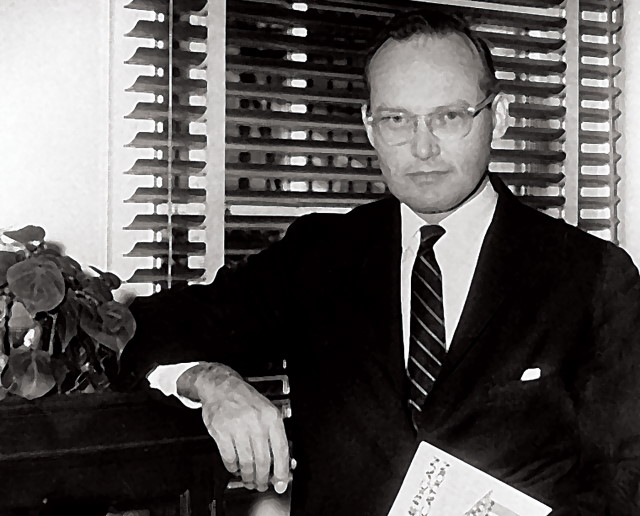 McGeorge Bundy was the Ford Foundation president from 1966 to 1979. If you told a modestly well-informed right-of-center American in 1970 that Bundy was spending a huge fortune on lefty causes, this would not have been a surprise. License: Public domain.
by Ken Braun

The Dark Roads Through Arabella Advisors

Finally, at least 114 separate Ford Foundation grants, totaling almost $65 million, were given over the previous five years to the New Venture Fund. In Sen. Whitehouse’s classification system, each one could be considered a “massive covert operation, screened behind dark-money secrecy, run by a small handful of big special interests.”

This recent Ford Foundation support was part of more than 1,300 separate grants New Venture Fund received from hundreds of other foundations, totaling well over $900 million since 2016.

While that is already pretty “massive,” New Venture is just one moving part of a larger “operation.” It is one of four foundations managed by Arabella Advisors, a for-profit philanthropy consulting firm founded and run by Eric Kessler, a veteran of lefty ramparts such as the Clinton White House and the League of Conservation Voters. The Hopewell Fund, another Arabella appendage, received more than $2 million from the Ford Foundation during the 2016–2020 period.

Each year Arabella’s network rakes in hundreds of millions of dollars from some of the biggest names in left-of-center advocacy. The four Arabella foundations then use a lot of this to fund a dizzying number of programs, many of which stridently advance Democratic and left-wing causes. One good example is Demand Justice, a judicial advocacy organization purposely built to spend millions of dollars to prevent confirmation of Supreme Court candidates nominated by Republican presidents (and to promote those nominated by Democratic presidents).

Recall that Whitehouse’s accusation about the “massive covert operation” committing something traitorous against America was a reference to at right-leaning organization doing exactly what Demand Justice has been doing for the Left.

With me so far? This is where it gets dark and complicated . . .

Arabella-linked foundations, such as the New Venture Fund, often provide a filter that obscures who is funding the advocacy programs.

For example, during the 2016 through 2020 period, New Venture took in $165 million from the Fidelity Investments Charitable Gift Fund. Fidelity is a donor-advised fund that takes in billions of dollars annually from hundreds of thousands of donors and then redistributes that money to what is likely millions of individual recipients that are specified by the original donors.

We do know that the New Venture Fund finances and incubates an almost incalculable list of left-leaning projects such as the Inclusive Economy Fund, which advocates for Big Labor wish list items such as a $15 minimum wage. We also know that this agitation is deliberately and suspiciously concentrated in “states such as Florida, Michigan, Minnesota, and Pennsylvania”—presidential election battlegrounds. But we have no idea how much of the Fidelity money is used for this project (if any), nor where it came from.

But there is also at least $16 million given by the Ford Foundation to New Venture under various grant descriptions that all include the term “civic engagement.” Many of these descriptions also include terms such as “political engagement,” “voting policies” and “voter engagement.”

Battleground state spending and “political engagement.” Perhaps, not much has changed about the Ford Foundation since its hyper-partisan Cleveland mayoral work in 1967?

Many of the Ford Foundation grant descriptions to New Venture were even less clear. For example, $11.8 million was given in 15 separate grants, all under the vague term “Technology and Society – Technology.”

In the big picture the financial trail between the Ford Foundation and the Arabella Advisors network (through the New Venture Fund) is well concealed. As previously discussed, the Ford Foundation staff is probably not spending the money as Henry Ford would have wanted. This leaves us with a rich guy who died in the middle of the 20th century who is today generously funding a reliable and strident incubator of programs that seem to favor Democratic electoral victories and left-leaning policy.

The left-leaning agenda was much more obvious back in 1976 when Henry Ford II fired off his acrimonious resignation letter. Back then the names of the people spending the fortune were still relatively well known.

McGeorge Bundy was the Ford Foundation president. He took the job in 1966 and stayed until 1979. Before that he had already become a well-known historical figure as the National Security Advisor to two American presidents: Lyndon Baines Johnson and John F. Kennedy. He is arguably best remembered as one of the primary cheerleaders for escalating the Vietnam War.

If you told a modestly well-informed right-of-center American in 1970 that Bundy was spending a huge fortune on lefty causes, this would not have been a surprise.

Similarly, Michael Bloomberg is hardly the only well-known name behind big money going to today’s political and strongly ideological causes. Rivers of identifiable bucks from the Left and Right flow from names such as Koch, Gates, Soros, and more. The billionaires with those fortunes are still in control of the money and the agenda.

Not so with Henry Ford.

According to the 2018 IRS filing, the Ford Foundation spent $188.5 million on operating expenses, more than $90 million of which went to employee compensation. More than half a billion was given out as grants.

A $765,174 expense was listed as going to “the production of an authoritative history of the Ford Foundation to help educate the philanthropic community and the general public.” (This was perhaps not as effective as it could have been?)

At the top of the organizational pyramid sits the president, Darren Walker, with total compensation exceeding $1 million—one of five employees to crack seven-figures. If you are shaking your head quizzically, then you are not alone. While many Americans can identify the name of the man who put the money in the Ford Foundation (because he put America on wheels), functionally zero know the names of any of the powerful people who now control the money.

This includes, it seems, Sheldon Whitehouse, the U.S. Senator who prides himself most on tracking the influence of money in politics.