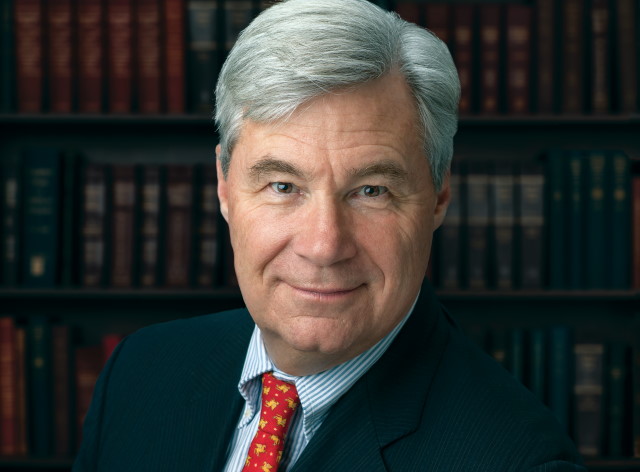 Sen. Sheldon Whitehouse’s assertion that the Ford Foundation “doesn’t seem to have much in the way of a political motive or purpose” is contradicted by tens of millions of dollars in recent grants that were not just “left-leaning” but “far-left-leaning.” License: Public domain.
by Ken Braun

Yet even with these careful exclusions, what remains is the Ford Foundation’s $120 million annual agenda to fund the Left. Somehow, all of this eluded the notice of Sen. Whitehouse, even though he fancies himself something of an expert on right-leaning and free market donors.

Before he joined the Senate, Whitehouse was the attorney general of Rhode Island. In that capacity, he once tried to defend a precedent-setting property rights violation the state was inflicting on a private landowner. The case wound its way up to the U.S. Supreme Court, and in a 2001 decision Whitehouse got his tail kicked by the Pacific Legal Foundation (PLF), which was representing the landowner. As in nearly all its work, PLF was providing pro-bono (free) legal assistance to a client squaring off in court against a government accused of violating constitutional rights.

The case, Palazzolo v. Rhode Island, could more descriptively be called “Owner of Polly’s Auto Wrecking v. The Functionally Limitless Legal Resources of the State of Rhode Island.” But Whitehouse (the attorney for Goliath in this David v. Goliath dispute) didn’t see it that way . . . and didn’t forget. In a 2016 Senate speech he called PLF a “creepy front group.”

Then in 2018, during the future Supreme Court Justice Brett Kavanaugh’s confirmation hearing, Whitehouse obliquely raised the issue of the Palazzolo case when he grilled the nominee. “Do you know what they do?” demanded Whitehouse, referencing the Pacific Legal Foundation. A mystified Kavanaugh responded: “I’ll take your description.” Plot spoiler: Whitehouse’s description did not include “provide free legal representation to tow truck drivers.

During the summer of 2016 Whitehouse led his fellow Senate Democrats through two days of Senate floor denunciations of more than a dozen free market think tanks such as the Competitive Enterprise Institute (CEI), at one point shrieking that they were all a “filthy thing in our democracy.”

The alleged stain on democracy was CEI’s disagreement with Whitehouse’s extreme-left energy and climate policy positions.

Then he went lower. As a witness during a September 2020 committee hearing in the U.S. House of Representatives, Whitehouse accused the Judicial Crisis Network and the libertarian/right-leaning Federalist Society of conducting a “massive covert operation, screened behind dark-money secrecy, run by a small handful of big special interests, against their own country.”

Dark Money and the First Amendment

There is disagreement regarding the definition of “dark money.” The general idea is that it is a somewhat or totally anonymous donation given to promote a political or public policy cause, often one that is controversial.

There are very important First Amendment justifications for permitting this donor privacy. To consider just one: A donor might wish to avoid having his or her political and free speech rights held hostage by a grandstanding hypocritical U.S. senator who recklessly accuses people of being traitors.

Sen. Whitehouse could benefit from a nonpartisan look at the Ford Foundation. After all, what is darker than a cabal of largely unknown lefty foundation staffers controlling a $12 billion-plus pot of gold earned by a man who has been dead for more than seven decades and then spending billions of it on things the departed almost certainly wouldn’t have supported?

The Ford Foundation is an accidental byproduct of bad tax policy and unforeseen consequences. Confiscatory estate tax rates during the first half of the 20th century left one of the richest men on earth with a difficult decision: He could leave his family with control of his car company or his fortune, but not both. He chose for them to keep the company, and the foundation got the fortune.

Shortly before Henry died in 1947, his grandson Henry Ford II, became president and CEO of Ford Motor. “The Deuce,” as he was known, was the dominant leadership force behind the automaker until 1980. In the 1950s, Henry II permitted the Ford Foundation’s board to expand to the point where the family no longer held the majority.

It was a decision he would regret.

Shortly before Christmas 1976, the frustrated Ford Motor CEO became the last Ford family member to walk away from the Ford Foundation board. In a farewell message he reminded his erstwhile board members that their financial plaything was the result of “competitive enterprise” and the “fruits of our economic system.”

Then he twisted the dagger a bit:

In effect, the foundation is a creature of capitalism—a statement that, I’m sure, would be shocking to many professional staff in the field of philanthropy. It is hard to discern recognition of this fact in anything the foundation does. It is even more difficult to find an understanding of this in many of the institutions, particularly the universities, that are the beneficiaries of the foundation’s grant programs.

The foundation’s leadership responded with a press statement announcing Henry II’s resignation that quoted only a self-serving short passage in which Ford said nice things about the board.

Somehow (one can imagine an obvious scenario) the New York Times ended up with a copy of the entire letter, with all the colorful criticisms intact. This led to a front page story on January 12, 1977: “Henry Ford 2d Quits Foundation, Urges Appreciation for Capitalism.”

The Times report quoted additional barbs from his rebuke:

I’m not playing the role of the hardheaded tycoon who thinks all philanthropoids are socialists and all university professors are Communists. I’m just suggesting to the trustees and the staff that the system that makes the foundation possible very probably is worth preserving.

What sort of mischief had the Deuce so worked up?

In July 1967, the Ford Foundation contributed $175,000 ($1.4 million in 2021 dollars) for an African American voter registration drive in Cleveland. The timing was conspicuous and the agenda absurdly transparent. The registration drive occurred just before the November 1967 Cleveland mayoral election pitting Carl Stokes, an African American Democratic candidate, against the white Republican nominee. Stokes won by roughly 2,000 votes out of more than 256,000 cast for both candidates, a whisker-thin margin where any and every little thing could have made the difference. The Ford Foundation grant had registered 25,000 Cleveland voters, and an estimated 75 percent were African Americans.

The supposedly nonpolitical nonprofit had concocted a way to drop a big financial thumb on the scale to juice turnout toward a partisan Democratic victory. This skirting of the spirit of the nonprofit status offended even the Democratic-controlled Congress. A new tax law passed in 1969 and signed by President Richard Nixon placed tighter restrictions on voter registration drives run by nonprofits. As a result, these voter engagement activities now must be broad-based over multiple states and election cycles, not laser-focused on influencing the results of one specific contest.

Some in Congress referred to the changes as the “McGeorge Bundy amendments”—a reference to the Ford Foundation’s president at the time.

Bundy addressed and defended his role in the controversy in the Ford Foundation’s 1978 annual report. In a prelude to the comically wrong conclusion that Sen. Whitehouse reached more than four decades later, Bundy wrote, “There are private foundations whose agenda seems to me plainly political—in the ideological sense—as ours is not.”

But the problem of rabidly partisan capture of the Ford Foundation that Henry Ford II denounced is still there. What is different now is it happens in the shadows of minimal scrutiny. If that’s not precisely “dark” money, then the cash certainly isn’t spending its days enjoying sunlight.

In the next installment, follow the money that demonstrates the Ford Foundation’s political leanings. 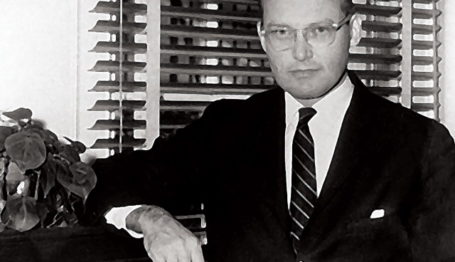