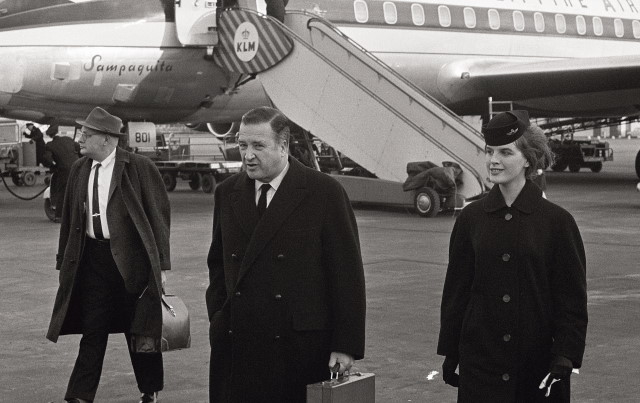 Sen. Whitehouse’s assertion that the Ford Foundation “doesn’t seem to have much in the way of a political motive or purpose” is contradicted by tens of millions of dollars in recent grants that were not just “left-leaning” but “far-left-leaning.”

The Center for Popular Democracy (CPD) is a pleasantly named organization with an agenda well to the left of most of the Democratic Party. It raked in $16 million from the Ford Foundation over the preceding five years. An April 2021 policy paper from CPD advocated that the Federal Reserve deprioritize its focus on price stability—a reversal of nearly four decades of highly effective bipartisan agreement to keep inflation under control. The CPD also endorses the Green New Deal, a cryptically socialist climate proposal so radical and expensive that it has was mocked by Democratic House Speaker Nancy Pelosi (D-CA) as the “green dream, or whatever they call it, nobody knows what it is.”

Also way out beyond the left flank of all mainstream U.S. politics is the Grassroots Policy Project, recipient of $3.4 million from the Ford Foundation. An April 2020 policy paper from Grassroots Policy called for politically exploiting the COVID-19 pandemic to enact a left-wing wish list of policies such as the Green New Deal and Medicare for All. And these were just the warm-up for an explicit call to socialism, with one section titled “Leveraging government loans and bailout as openings for public control and ownership.”

Similarly, over the same era the Ford Foundation gave a combined $30.5 million to eight other organizations that publicly endorsed the Green New Deal or its objectives: the Sunrise Movement, Greenpeace, Demos, the Natural Resources Defense Council, the People’s Action Institute, Public Citizen, the Institute for Policy Studies, and the Rainforest Action Network.

Speaker Pelosi’s worries about the Green New Deal are well founded. An American Action Forum analysis estimated that the 10-year price tag would cost Americans $51 trillion to $93 trillion. That high-end number roughly matches the annual gross domestic product of the entire Earth. Yet demonstrating a peculiar intellectual independence, the Rainforest Action Network (recipient of more than $2.2 million from the Ford Foundation) criticized the Green New Deal for not being radical enough.

These grants total to $50 million over the preceding five years to organizations promoting policies decisively to the left of every Democratic presidential nominee since at least George McGovern, arguably back more than a century to William Jennings Bryan.

Much bigger chunks of Ford Foundation cash since 2016 have been handed over to organizations favoring the more conventional-left goals of Democratic politicians.

Over the same period the Ford Foundation has given more than $123 million total to three dozen additional think tanks and policy organizations that promote some of the same Democratic Party policy priorities. Some of the better known recipients include the Center on Budget and Policy Priorities (fiscal policy), William J. Brennan Center for Justice (judicial and legal policy), and the Environmental Defense Fund (climate and energy policy).

In addition to what has been listed to this point, the Ford Foundation has provided roughly $350 million since 2016 in grants to an eclectic mix of other recipients whose work benefited the Left generally and Democrats specifically.

Examples included $10 million to the Advancement Project (an organization works against voter ID regulations), another $10 million to Color of Change (an advocacy organization promoting student loan debt cancellation, plus other left-leaning tax, labor and education policies), $1.1 million to the Foundation for National Progress (publisher of Mother Jones, a left-wing opinion journal), and $500,000 to the Everytown for Gun Safety Support Fund (an anti–Second Amendment advocacy group).

Nine Big Labor advocacy organizations such as the Restaurant Opportunities Centers United and the Economic Policy Institute received a combined total of $78.2 million.

In the next installment, learn how Ford Foundation money is funneled through the Arabella Advisors network.