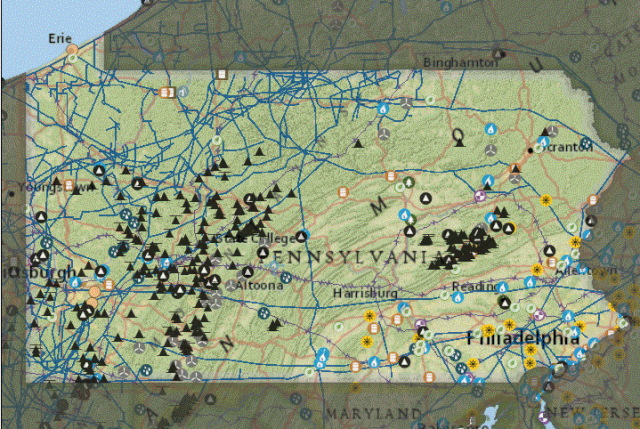 Pennsylvania is the largest net exporter of electricity in the U.S., and its great success has made it a target of professional left-wing activists. These environmentalists are waging a nationwide war on cheap, abundant energy from coal, oil, and natural gas. They want to force the country to arbitrarily shift to unreliable and expensive sources such as wind turbines and solar plants.

Energy Powerhouse of the East

If any state understands oil, coal, and gas, it’s Pennsylvania. America’s oil industry—and its first oil boom—started in Titusville in 1859. Drillers and investors such as John D. Rockefeller and his Standard Oil flocked to the commonwealth, turning backwater towns into thriving metropolises. At its peak, Pennsylvania was producing one-third of the world’s annual oil output, driving the construction of railroads and the rise of American manufacturing well into the 20th century.

Pennsylvania is also the largest net exporter of electricity in the U.S., delivering an average of 58 million megawatt-hours annually between 2013 and 2017. Pennsylvanians enjoy electricity prices below the national average—largely thanks to the fracking boom of the mid-2000s, which reinvigorated the state’s natural gas industry and helped much of western Pennsylvania stave off the worst effects of the Great Recession.

But all of that could change in an instant.

Pennsylvania’s great success has made it a target of professional left-wing activists who subscribe to a rigid ideology that demonizes carbon dioxide—a naturally occurring gas vital to life on earth. These environmentalists are waging a nationwide war on cheap, abundant energy from coal, oil, and natural gas, forcing the country to arbitrarily shift to unreliable and expensive sources such as wind turbines and solar plants.

With backing from ultraliberal foundations and mega-donors, they’ve made huge gains in the Northeast, instituting a cap-and-trade system (the Regional Greenhouse Gas Initiative) designed to snuff out traditional energy sources in favor of those of the activists’ choosing. Many are lobbying for a statewide ban on fracking, which would cost Pennsylvania hundreds of thousands of jobs and spike household electricity prices. It’s a war that the Keystone State can’t afford to lose.

The Regional Greenhouse Gas Initiative (RGGI; pronounced “Reggie”) is a multistate cap-and-trade system created in 2009. RGGI is a carbon pricing program—that is, it aims to reduce emissions of carbon dioxide (the leading “greenhouse gas”) to offset future effects of global warming on the planet by taxing it into oblivion. As famed economist Milton Friedman would put it: “If we tax something, we get less of it.”

Naturally, proponents are pressuring Pennsylvania, the second-largest energy producer in the U.S. and a neighbor to the RGGI bloc, to join the compact. In October 2019, Governor Tom Wolf (D) issued an executive order instructing the Pennsylvania Department of Environmental Protection (DEP) to begin formulating regulations for eventually joining RGGI. The agency moved to develop a plan for regulating greenhouse gas emissions under RGGI by September 15, 2020.

Whether Wolf has the authority to join the compact is a heated question.

Environmentalist groups such as the Natural Resources Defense Council (NRDC) argue that he does, under Pennsylvania’s Air Pollution Control Act (which authorizes the DEP to regulate carbon dioxide emissions from power plants) and the state’s constitution (which requires that the agency regulate “climate pollution”).

But some legal experts disagree. Joining RGGI requires the state to sign RGGI’s memorandum of understanding, the contract controlling the multistate operation, but the Pennsylvania constitution delegates the power to enter into interstate agreements to the Pennsylvania General Assembly, not the governor. Further, the DEP is authorized to “formulate interstate air pollution control compacts”—not execute them—“for the submission thereof to the General Assembly” for consideration.

In the next installment of “The ‘Greening’ of Pennsylvania,” learn how cap-and-trade really works.