The Fight for $15 is Gone with the Wind 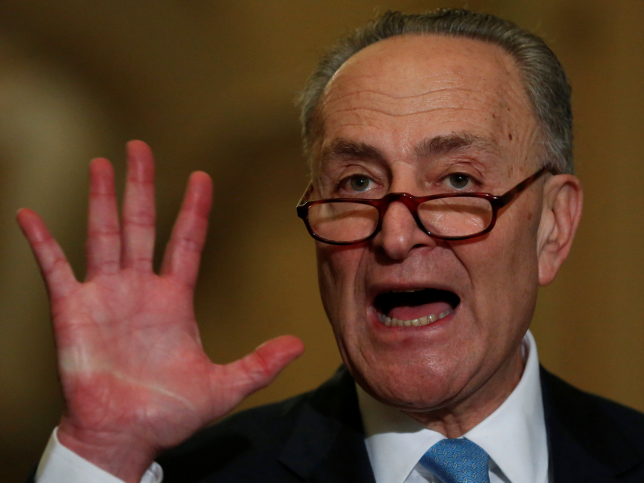 But in mid-2017, the Fight for $15 may be ready to call it quits. According to a report by the Employment Policies Institute, pro-minimum wage demonstrations peaked at some 600 protests in 2016; more than half-way through 2017, that number is just 30. Despite the reported $19 million funneled into it by the SEIU, adds the Washington Free Beacon, enthusiasm for the campaign appears to be waning.

The Fight for $15 has enjoyed mixed results. Although the campaign is celebrated as a Big Labor triumph owing to minimum wage increases in California, Washington, and New York, and the Democratic Party’s adoption of a $15 per hour policy in its 2016 legislative platform, the campaign has failed to generate results outside of left wing strongholds. Sen. Sanders’ proposal of a national $15 minimum wage bill in March—more than twice the current federal rate of $7.25 per hour—was pure political symbolism.

Outside of blue states and major cities, however, minimum wage bills haven’t caught on. Capital Research Center has covered the Missouri legislature’s decision to pre-empt local minimum wage rates (thus lowering the local wage rate passed by the St. Louis city council by $2.30, bringing it in line with the statewide minimum wage.

Data analysis composed since the implementation of $15 per hour wages also reveals the destructive impact of minimum wage increases on jobs. A July report commissioned by Montgomery County, Maryland on proposed legislation to raise the local minimum wage predicts the loss of roughly 47,000 mostly low-wage jobs and $396.5 million in individual income in the county by 2022. The report was so devastating it prompted one county legislator—himself a liberal—to veto the legislation, to much criticism by the SEIU.

Another report commissioned by Seattle, Washington found that the city’s $13 per hour minimum wage (due to rise to $15 per hour for certain employers in 2018) had reduced low-wage workers’ earnings by $125 per month. That didn’t stop unions from paying the left wing PR firm BerlinRosen nearly $7.9 million in 2016 to re-market the impact study, allegedly going so far as to coordinate favorable press statements between the study’s research team in the University of California, Berkeley, and the Seattle mayor’ office.

Moreover, the Fight for $15 has cost the SEIU and its allies dearly. The union has spent some $90 million on the project since 2012, according to the Center for Union Facts, a watchdog group. But as interest in perpetual protesting subsides, so does the impact of SEIU investment in the minimum wage campaign. But that investment has backfired as companies shed entry-level positions, and the best workers compete for existing jobs.

In a booming job market, wages rise as companies compete for employees; but minimum wages artificially inflate the barrier to entry for the young and not yet employed. They also make it deleteriously expensive for employers to maintain existing staff, particularly in entry-level jobs. Hence the May class action lawsuit by employees of the Democratic National Committee (DNC), who claim the DNC is failing to live up to its platform of “fair pay for fair work” by paying them less than $15 per hour despite working some 80-90 hours each week.

The political Left, it seems, created a monster it can no longer control. If trends continue, Big Labor may soon find itself on the business end of a vengeful Fight for $15.

Watch CRC’s video short on the effects of the $15 minimum wage here: