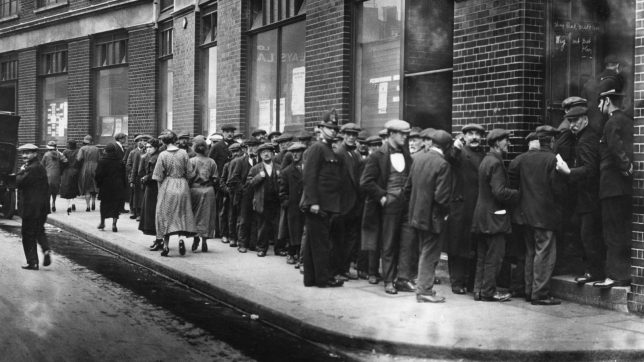 An independent study commissioned by Montgomery County, Maryland, a suburb of Washington, D.C., predicts some 47,000 jobs could be lost by 2022 if the County raises the minimum wage to $15 per hour over the next six years. The editorial board of no less a liberal pillar than the Washington Post reported on Monday that, at the very least, “$15-an-hour advocates owe the new report a careful reading.”

In January, Montgomery County Executive Isiah Leggett (D) vetoed legislation to increase the minimum wage—from $11.50 per hour to $15 per hour by 2020—in Montgomery County, drawing criticism from a coalition that included the Service Employees International Union (SEIU). The County then commissioned Philadelphia-based consulting group PFM to produce an independent analysis. The study, released this week, exposed the unintended consequences of raising the minimum wage.

The study found that the increase would result in the loss of approximately 47,000 mostly low-wage jobs, and $396.5 million in individual income lost to residents in the County by 2022. The study also found that:

“This would spell a reduction of nearly $41 million in expected County tax revenue between fiscal 2018 and fiscal 2022,” notes the Washington Post. “Meanwhile, the county government’s payroll costs would go up $10 million.”

A separate piece in the Post discusses the ongoing debate over the efficacy of higher minimum wages pushed by unions, citing Montgomery County council member Marc Elrich’s (D) comment that the study is “nonsense.” Elrich, however, has recently come under fire from the local business community for introducing a tweaked version of the minimum wage increase bill vetoed by Leggett prior to the release of the commissioned independent study. 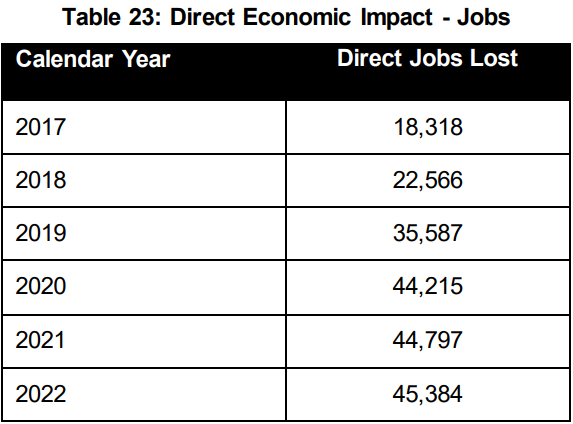 But Leggett retorted: “We can’t minimize some of the impacts outlined here, even if it’s not 47,000 jobs lost, even if it’s half that, those are some startling numbers. You can’t discount it all.”

Furthermore, the impact of a wage hike has been studied and documented in Seattle, Washington, by a University of Washington research team that closely monitored the effects of the city’s union-backed minimum wage hike. Capital Research Center covered the University of Washington study’s evidence, which suggests the wage increase lowered low-wage workers’ earnings by about $125 per month. According to the report:

Using a variety of methods to analyze employment in all sectors paying below a specified real hourly rate, we conclude that the second wage increase to $13 reduced hours worked in low-wage jobs by around 9 percent, while hourly wages in such jobs increased by around 3 percent. Consequently, total payroll fell for such jobs, implying that the minimum wage ordinance lowered low-wage employees’ earnings by an average of $125 per month in 2016.

For more information on the campaign for high starting wage rates, the “Fight for $15” movement, and the union-funded organizations that support these hikes, see CRC’s Labor Watch from May 2017.