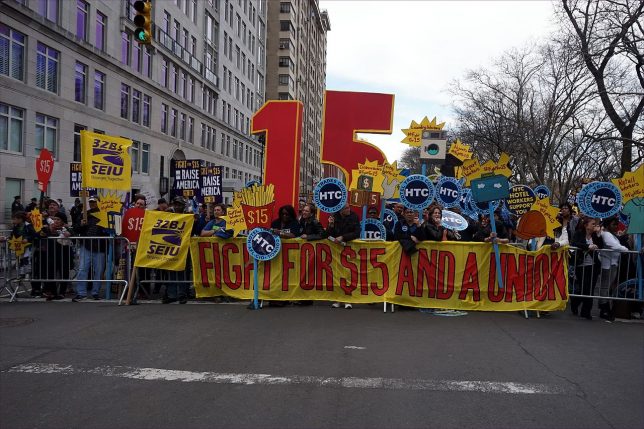 Much to the dismay of labor unions and fiscally irresponsible progressives, St. Louis, Missouri will now revert back to the state minimum wage rather than moving forward with a dramatic $2.30 wage hike.

Though the minimum wage was due to increase to $11 per hour in January 2018, legislation passed in the Missouri legislature this year pre-empts local minimum wage rates above $7.70 per hour–effectively lowering the $10 minimum hourly wage in St. Louis by a whopping 23 percent. The bill has yet to be signed by Governor Eric Greitens, a Republican, but is expected to automatically become law after a constitutionally mandated time period. (Similar legislation was considered in the 2015-2016 legislative session, but it did not pass under Governor Jay Nixon, a Democrat.)

This stands in stark contrast to the trend among localities across the nation that have continually raised minimum wages. On July 1, 17 states, counties, and cities raised their minimum wages by an average of $1.05 per hour.

The unintended consequences of these super-high wage rates are increasingly showing up in both anecdotes and new research. CRC’s Michael Watson has written about the minimum wage cover-up in Seattle, Washington, where Big Labor and its allies have attempted to mask the destructive effect of the city’s $15 minimum wage on jobs. As Watson reports, low-wage workers have seen their earnings slashed by some $125 per month owing to Seattle’s extreme minimum wage hikes.

Carl Horowitz has revealed the union activists undergirding the so-called “Fight for $15”–and the devastating impact their efforts have had on the poor. Thanks to groups like the Service Employees International Union (SIEU) and the American Federated Labor-Congress of Industrial Organizations (AFL-CIO), writes Horowitz, “a lot of frustrated job seekers and shuttered businesses” are worse off due to minimum wage hikes.