A Sit Down with a School Choice Champion: Foundations and Figures 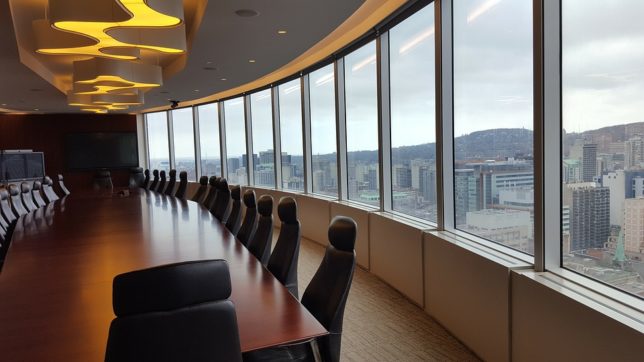 A Call for Common Sense and Discipline in Philanthropy

Hartmann: What have you learned from your experience with and in philanthropy?

Schuck: My experience and interactions with many foundations have taught me that much of the decisionmaking is not driven by results and outcomes. Rather, it is too often driven by the seriousness of the need, the quality of the grant request, and the extent to which there’s social pressure applied on both the professionals and the board members to support individual causes or organizations. There’s precious little focus on measurable, quantifiable results, then holding the donee accountable for achieving those results.

When raising money for Parents Challenge, a foundation might commit to give us, say, $100,000 and then just write a check out for $100,000 at the beginning of the grant period. Experience tells me that’s the way most operate, to which my reaction is, “What sense does that make?”

Using my example, donors should tell Parents Challenge to break our request into two or three increments—requesting 40 percent or 50 percent up front in order to get the program started and underway, but then withhold subsequent disbursements until previously negotiated benchmarks are achieved. After both parties buy into that arrangement, and as long as you stay on course, we’re good and subsequent tranches get funded. By funding in phases, donors can adjust their giving, up or down, based on performance.

Hartmann: Isn’t that in at least a little bit of tension with the way in which you operated in the real-estate business, where you’d be willing to take the risk of all the money being laid out at the beginning and wouldn’t even be able to evaluate the results, or in that case monetize them, until years later? What’s the time horizon on the assessments?

Schuck: So if we’re developing a piece of land and it’s going to cost a million dollars to put in utilities, pave streets, install landscaping and fencing, and then all the rest, the people who provide the capital, the lenders, don’t give us the entire million bucks up front. They give us the portion of the million that’s required to put in the first phase, water and sewer lines. If and when that is done, and we’re ready for the next phase, they give us the next tranche of funding to pave the streets. It’s sort of self-policing.

Why not use the same approach with philanthropy?

Hartmann: What kind of reaction do you get to that suggestion?

Schuck: The reaction was, “It’s punitive. We can’t do that.” My reaction is, “Wait a minute. We have two guys. One is doing half of what he represented he’d get done, and the other is doing twice what he represented he’d do. Should we not give serious consideration to shifting some of the money to the second guy if the first guy’s never going to get on track? We probably made a mistake in judgment when we started. Don’t throw good money after bad. Do you keep funding the mistake or do you redirect those funds from the underperformer who has little chance of improving to somebody who’s overperforming?”

How complicated is that? That’s just plain common sense.

Doing that really helps both the donor and the grantee stay disciplined and stay on course. Some grantees with the best of intentions underperform, so why not sit down with them and discuss why they’ve been off course, why they were underperforming, and try to remediate before continuing the funding? Don’t take money away from anybody for no reason. I just want resources directed where they will do the most good. That’s just being a responsible philanthropist.

Hartmann: Is it possible to over-rely on metrics, or to rely on the wrong metrics? Some people argue that is happening in a giving area with which you have experience, education.

Schuck: In the education world, plenty of people criticize metrics and test scores. That’s fine—but what is their alternative? Do they favor the subjective judgment we’ve used for 60 or 80 years? You can’t improve what you don’t measure, so if the tests we’re using now aren’t satisfactory, give me better tests. But in the meanwhile, I’d rather use what we have than nothing. Absent that, the system is not being held accountable against any standard.

Hartmann: What other advice, given your experience, can you offer to those who give money away?

Schuck: One more idea is to have donors articulate their missions and goals in terms sufficiently specific to allow those who are trying to address a challenge to go into the community, to the streets if you will, to seek out practitioners who are actually doing good work in pursuit of those goals they defined. Too many donors are passive, mushy in defining their objectives, and either invite or await solicitations rather than being proactive seekers of successful social entrepreneurs. Being mostly reactive has the unintended consequence of rewarding those with the best grantwriting skills, rather than those who may be operating below the radar, but doing the most-effective work.

Schuck: Too often, the mindset that generated the wealth is set aside when it is time to give it away. Donors use a different thought process. Heart over head. They soften their values, their standards, their expectations, their discipline, when they move from wealth creation to philanthropy. I used to have this conversation with Mike Joyce a lot. He, Schambra, Woodson, Coté, and Walton, along with my own experiences, have taught me that it’s a hell of a lot more difficult to donate money effectively than it is to make it. Any jackass can give money away, but it takes an enormous amount of energy, discipline, rigor, and effort to give it away strategically and successfully.