A Sit Down With a School Choice Champion: Political Aspirations 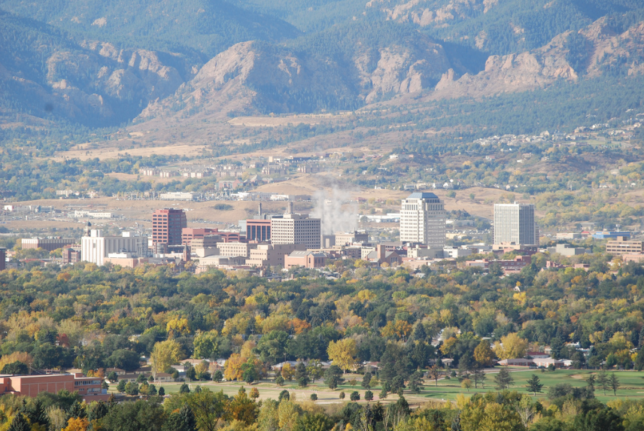 A Higher and Higher Profile, Leading to Politics

Hartmann: Why and how did you get into politics?

Schuck: So I started getting involved in all kinds of civic activities and they, along with my business activities that required extensive interaction with elected and appointed public officials, dragged me into politics. I was familiar with many political types because they’re the ones who vote on approvals for our projects, so I naturally developed some political acumen.

Dick Lamm was elected governor as a Democrat in 1974. He tried to implement what he called his “Human Settlement Policy,” which was an attempt to disperse population around the state on the basis of criteria that some egghead elites in the capital came up with, a bunch of stuff that had nothing to do with the marketplace, reality, and what individuals wanted.

He asked for a local meeting with some business leaders, which I convened, to which he could present his plan. After listening to his presentation and then candidly telling him just what I thought, he called me the next day and said, “I’ve never had an experience quite like what you did to me yesterday. Would you sit on my business advisory council?” So I did and that was my first real exposure to statewide politics and policy.

Hartmann: What did you think of politics and policy, and politicians and policymakers too?

I was almost offended by the lack of respect by his advisors for regular individuals making their own decisions and how those ordinary people and their decisions, exercised in a market, would collectively develop the wisdom needed to set good policy. It was just a total disconnect between two different ways of thinking. There was not one person around that table besides me who signed the front of paychecks. There was not one of them who was not going to get paid if the policies they promoted turned out to be ill-advised.

That started me down the path of thinking about who’s making major policy decisions, on what basis are those decisions being made, and with what qualifications or real-world experience? I quickly concluded that the right people aren’t in office, or at least in executive leadership. Dick Lamm is a great guy, a college professor, more than ten times brighter than I am. But one day in private conversation, I asked him, “What have you ever created? What have you ever built? What have you ever taken from nothing to something?” Our system needs more doers who have experienced the real-life roller coaster and have a track record of accomplishment in the competitive world.

Hartmann: How did your ’86 gubernatorial campaign come about?

Schuck: It was the mid- to late-80s, when the national economy was in trouble and the Colorado economy was in the toilet. With a couple other people, I’d created an economic-development program in Colorado Springs in the 70s and it became one of the most-successful primary job-creating programs in the country, receiving all kinds of notoriety. I was invited to travel around a bit to help others emulate it. Denver asked me to be a co-founder of its new economic-development program.

Then, some guy came to me and basically said, “It’s your turn. Get in the game.” I didn’t have a clue, but he was sort of soliciting me to run. That’s how it started.

Hartmann: How did you go about the campaign, not having done anything like that before?

Schuck: As a candidate with no political experience, I could see no other way to go about dealing with this new undertaking than to build a business plan. Well, that had me look at all the challenges facing the state. I created an issues team and they briefed me and then I ended up writing position papers—very serious, very deep papers on all the issues facing the state. All my campaign advisors considered it a waste of effort, as the papers would not generate a single additional vote. My response was that they were not done for “them,” they were done for me.

I lost. I guess I wasn’t as good a politician as I thought. I lost to a politician. I didn’t know how to work the system. I was an outsider, kind of like the current president. It was close, but I lost in the primary to Ted Strickland, who then lost the general to Roy Romer. People told me I’d probably win the general if I ever got there, but I didn’t.

By necessity, my wife—who is very private—became a public figure. She did a great job and she was probably more popular than I ever was.

Hartmann: What did you learn from the campaign effort?

Schuck: Most politicians are good at getting elected, but have no clue about why (like that movie The Candidate with Robert Redford). Their motivations are self-serving. Very few are willing to take the risk, pay the price, or have the mindset to lay out clearly defined goals, build a road map to accomplishing them, and live with the consequences of success or failure. To most of them, public office is their career, an end in and of itself, a way to satisfy their personal ambitions and narcissistic needs, not a means to get something meaningful done.

Hartmann: What do you think you could perhaps have done better?

Schuck: I should have ignored the flacks, pundits, consultants, etc., and followed my own drumbeat—doing what had worked so well for me in business, not following conventional political wisdom that had me campaign like a traditional political candidate. [Longtime successful Colorado politician and onetime U.S. Sen.] Bill Armstrong’s answer to my question about who ran his campaign was “me.” If I had not been so inexperienced, I would have followed Bill’s example. As an outsider, I should have campaigned more like one.

In the next segment of his interview, Steve describes how his political journey led him to advocate for school choice.