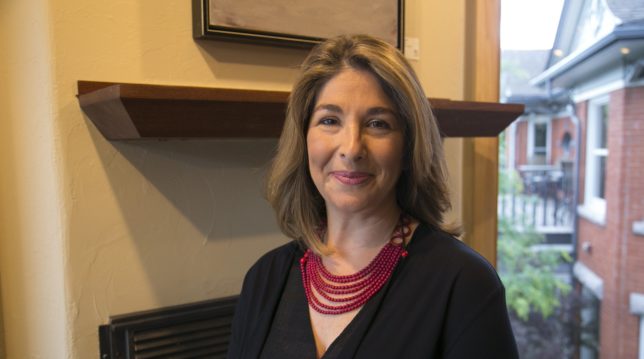 Finally, much as with the Ocasio-Cortez “message from the future,” the book presents absurd scenarios about what the Green New Deal future would look like. “Capitalism is a tiny blip in the collective story of our species,” Klein writes. It’s something we’ve been able to do without for the “vast majority of our history,” and we can do so again in a world she says will be “a little less ornate.”

Anything “governed by the drive for increased yearly profit” or heavily reliant on energy would be on the outs, replaced by more of “the public sector, co-ops, local businesses, nonprofits” and “sectors with minimal ecological impacts but outsized benefits for well-being (such as teaching, the caregiving professions and leisure activities.” She assures us a “great many jobs could be created this way.”

In one of “just a few examples” she celebrates the bright future for the Green New Deal’s displaced autoworkers and coal miners who will be given “equally secure jobs” building subways or assembling wind turbines. Equally secure? Klein clearly hasn’t spoken to the current employees of famously and recently bankrupt auto and coal companies to ask them about their supposed job security.

High paying jobs, nonprofits and “leisure activities” have been the luxurious offspring of profit-seeking capitalism, so how would a non-market economy pay for all this? Here the ideas presented in On Fire become stereotypically ludicrous, such as the Ocasio-Cortez suggestion of “Congress simply authorizing the funds, backstopped by the Treasury.”

Perhaps these folks metaphorically hug the trees because they literally believe we can grow money on them?

The most wishful thinking in On Fire is its analysis of the obstacles blocking the Green New Deal. Klein sees “big” conspiratorial villains, such as the “nexus of Big Government and Big Carbon.” American coal company executives, well into the process of being bankrupted by the nation’s booming natural gas sector, might reasonably question why they weren’t invited to the secret meetings of the supposedly unified carbon cabal. Similarly, the ruthless and much-maligned “tiny blip of capitalism” will put all the fossil fuel sectors out of business whenever (and if ever) solar, wind and whatever else become commercially competitive.

Klein doesn’t confront the real threat to the Green New Deal. Imagine the college educated liberals living within the millions of acres of ginormous power-hogging suburban America homes. Maybe in one case dad is a university professor and mom’s a trial lawyer. They still don’t understand how Trump beat Clinton, because everyone they know voted for her! They cart their kids to soccer tournaments in one of two SUVs. On one of their long vacation breaks each year they fly to Europe, Yellowstone, Florida (to visit the grandparents), or somewhere else nifty.

That family is at ground zero of the bomb Klein’s Green New Deal proposes to drop on American prosperity. They have an outsized level of comfort, even by American standards, and the big stuff in that life would all be blown up: the nice house, the “fetish” of economic growth that underpins their retirement savings, the expectation of the children growing up to live just as well, and more.

The only way the mom and dad vote for this agenda is if they’re lied to about what it means for them. They should read On Fire. Naomi Klein has given them fair warning.