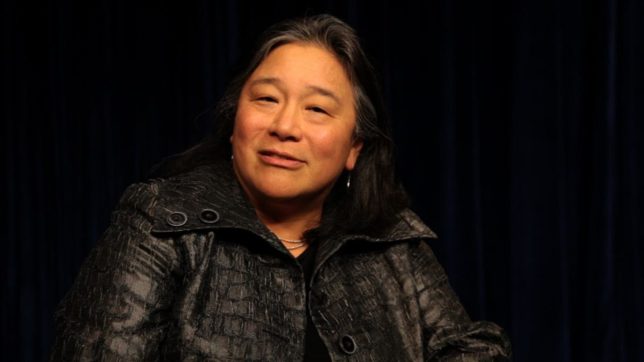 Last month, a Chicago jury found actor Jussie Smollett guilty of five of six charges related to Smollett’s staging of a supposed “hate crime” against him. Smollett was a minor would-be political player. He contributed $4,000 to committees associated with Hillary Clinton’s unsuccessful 2016 presidential campaign. His entertainment career, advocacy for liberal causes, and support for liberal candidates led the Obama White House to invite him to perform at an event in honor of the late musician Ray Charles.

That meant that when Smollett claimed to have been attacked by toughs wearing Make America Great Again hats on one of the coldest nights in Chicago’s recorded history, Democratic politicians from then-presidential candidates Joe Biden and Kamala Harris to Reps. Alexandria Ocasio-Cortez (D-NY) and Rashida Tlaib (D-MI) jumped on the bandwagon, denouncing the supposed attack as symptomatic of the climate of hate created by the Trump administration.

But when it turned out that Smollett’s story was implausible at best and Chicago officials began pursuing an indictment of the actor for offenses related to his false claims, Obama administration alumnae and Chicago’s Progressive Prosecutor Project–aligned state’s attorney jumped into the morass.

Kim Foxx is the elected state’s attorney—Illinois’ equivalent to district attorney—for Cook County, which includes Chicago. Foxx is a staunch progressive in the mold of the anti-incarceration Progressive Prosecutor Project backed by major national liberal donors, including George Soros and Mark Zuckerberg.

Getting and keeping Foxx in office has been a high priority for Soros and political committees aligned with his opposition to the criminal justice system. In 2016, Soros put $333,000 toward her election, to which he added $417,000 for her post-Smollett incident 2020 re-election. When Chicago journalist John Kass, then of the Chicago Tribune, pointed this out in a column, the paper’s writers’ union denounced him and drove Kass to become an independent journalist.

At his new, independent outlet, Kass describes Foxx’s actions in the Smollett affair:

Smollett was originally charged with 16 counts of making the whole thing up, but Cook County State’s Atty. Kim Foxx mysteriously bathed Smollett in the waters of the Chicago Way and quietly dropped all 16 counts against him. But [what] she forgot to mention was that she had private communications with another Smollett fan, former First Lady Michelle Obama chief-of-staff Tina Tchen who lobbied his case.

There was more, according to the report filed by Dan Webb, the special prosecutor appointed by the courts to handle Smollett’s case and review the actions of Foxx. The New York Post reported:

Foxx lied about having cut off contact with Smollett’s younger sister, Jurnee Smollett, after learning the actor had become a suspect in the police investigation, the report found.

The local prosecutor exchanged 17 text messages and five phone calls with Smollett’s sister five days after declaring publicly in February 2019 that she had stopped speaking to her, according to the report.

Foxx’s role seems fairly clear: Presented with a friend of the Chicago Democratic machine in trouble for misconduct and in spite of her own assertions that she had “recused” herself from the charging decision, she took great interest in Smollett’s not being charged. As Kass would say, it’s the Chicago Way.

Tina Tchen was the well-connected Democratic operative who linked the Obama family–aligned Smollett and his family to Foxx and the core Chicago Machine. Tchen—a longtime Democratic and liberal operative involved in identity politics issues focused on women—had been, among other things, chief of staff to then-First Lady Michelle Obama.

Observers of politicized nonprofits will remember Tchen for two more recent roles. In 2019, Morris Dees was ousted as chief trial counsel of the Southern Poverty Law Center, and the center’s president, Richard Cohen, resigned shortly thereafter. Public reporting and former employees alleged a hostile work environment targeting women and ethnic minorities. (For more, see an insider’s whistleblower account in the New Yorker.) The SPLC responded by designating Tchen as the clean-up person who would lead a “comprehensive review of the SPLC’s workplace culture.”

Critics of SPLC’s response and Tchen’s work, including a former SPLC employee writing at the liberal-leaning Daily Beast, alleged the effort was a whitewash and public relations exercise for the left-wing nonprofit. The ex-employee claimed that, as of when she left SPLC, employees had not seen any written report from Tchen, adding that Tchen produced only “rudimentary recommendations, despite staff advocacy for accountability and robust organizational reforms.”

The other role in which Tchen became enveloped in controversy was her leadership of the Time’s Up Legal Defense Fund (or Time’s Up), a liberal-leaning litigation and advocacy group targeting sexual harassment. Despite Time’s Up’s mission, as New York Governor Andrew Cuomo (D) was going into a political death spiral amid widespread allegations of inappropriate conduct with female subordinates, Tchen was aiding Cuomo’s efforts to smear one of the women accusing Cuomo of misconduct. Tchen resigned from Time’s Up after the Washington Post reported on text messages that “reportedly showed that Tchen told her colleagues to ‘stand down’ from issuing a statement in support of Lindsey Boylan in the days following Boylan’s accusations against Cuomo.”

In the Smollett saga (as in the Cuomo case), Tchen performed what amounted to public relations for Smollett and his family, including reaching out to Foxx after it was already clear that Jussie Smollett had not in fact been attacked as the actor claimed. She asked for favors for a politically well-connected friend. That’s the Chicago Way.

Over the decades, Chicago has earned a reputation for public corruption. Anti-gun legislators found with guns in their offices in a federal extortion investigation? Check. A semi-dictatorial state speaker of the house whose law firm was the largest property tax appeals firm in the state? Check. A state senator taking a quarter of a million dollars in bribes from a red-light-camera company? Check. A state representative, who was also registered to lobby on behalf of the city, busted for bribing a state official? Check. A city alderman busted embezzling $14,000 from a charity for children and seniors? Check.

This list is hardly exhaustive. With that background, some well-connected operatives trying to pull strings on behalf of a celebrity who committed relatively low-level offenses allegedly to improve his television contract seems hardly worthy of note. What makes it notable is that it exemplifies the ethos of the Chicago Way: They thought they could get away with it.

At least in Jussie’s case, he didn’t.