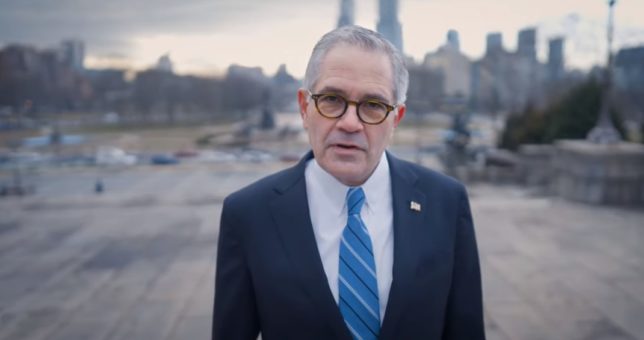 George Soros has spent millions on giving to left-wing progressive candidates for district attorney positions across the country in an effort to advance his radical criminal reform agenda. The massive donations have given these progressive candidates significant advantages in their local races, and many of them have been elected.

These left-wing progressive district attorneys’ policies have significantly reduced prosecution rates, leading to predictable increases in violent crimes and a lack of justice for the victims.

The similarities between the goals of these left-wing prosecutors and racial justice groups funded by Soros provide a grim outlook for how these polarizing, popular groups will affect our political institutions.

The report found that in each of the six prosecutors’ jurisdictions, felony crime rates have increased while their prosecutors’ policies are reducing conviction rates. The net results are a lack of justice for victims and rising crime rates. The report concludes, “This signals a troubling trend as these progressive activists attain local prosecutorial roles and may mark a rise in crime in the affected jurisdictions and nearby locales.”

One thing these prosecutors have in common is funding from George Soros. Soros has spent millions of dollars in these smaller elections to give “reform” prosecutors a significant advantage, often leading to victory.

According to LELDF, in recent years Soros has spent:

Soros continued to spend millions on these smaller DA races into the 2020 election, continuing his trend of giving them an advantage.

Funding progressive prosecutors is consistent with Soros’s explicit commitment to “racial equality,” as he defines it. In July 2020, it was announced he would be committing $220 million to “Black-led racial justice groups” over the next few years. This is in addition to his already significant funding of the Black Lives Matter movement.

If the experiences of these counties reveal anything, it is that Soros’s influence over racial justice groups is harming the very people he is claiming to help. Many of these counties experiencing spikes in crime under Soros-backed prosecutors have large black and minority populations, and increasing violent crime would seem to be the opposite of achieving racial justice.

The idea of “defunding the police” has been one of the most popular and controversial “solutions” to the police killings of black people in 2020. It is closely associated with the Black Lives Matter movement and aligns with how his left-wing progressive prosecutors are seeking to establish racial justice. The LELDF report indicates that the Soros-funded prosecutors are instead creating major disasters, not advancing racial justice.