A 23-gun Salute for Extortion in Chicago 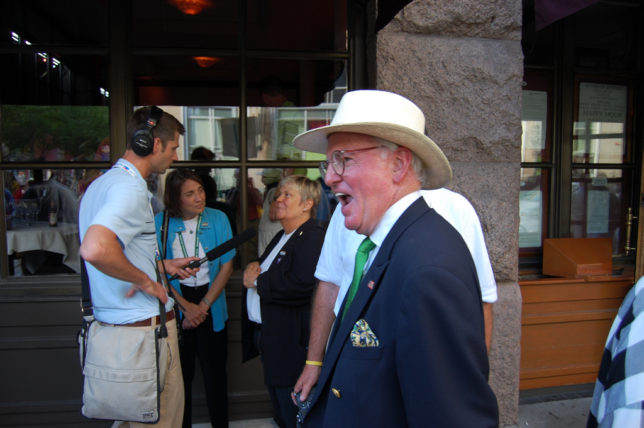 The chairman of the Chicago City Council finance committee, Alderman Ed Burke, was charged by federal prosecutors with attempting to extort a fast-food restaurant which needed city-controlled renovation permits. Alderman Burke allegedly tried to strong-arm the restaurateur into hiring his law firm, Klafter and Burke. Burke is no ordinary city official: A key cog in Chicago’s old-fashioned Democratic Party machine, Burke controls millions in campaign funds, helps set the party slate for Cook County judges, and plays what the Chicago Tribune characterizes as a “crucial role” in city council redistricting, allowing him and his allies to retain power against other Chicago factions. (For good measure, Burke’s wife is a Justice of the Illinois Supreme Court.)

When not allegedly extorting businesses into retaining the services of his property-law firm, Alderman Burke is an active campaigner for and supporter of gun control. That made one item in the courthouse reporting extremely curious: The FBI found 23 guns in Alderman Burke’s office, and he was ordered to hand them over as part of his bail conditions. That is a somewhat unusual finding, especially given that Alderman Burke was the lead sponsor of a city ordinance that would require banks doing business with the City of Chicago to require their business customers to follow a number of strict gun control protocols, including prohibiting the sale of so-called “high capacity” (in practice, conventional-capacity) ammunition magazines.

Burke has a long history of respecting self-defense for himself but not his fellow citizens. In 1982, Burke led the effort to pass a ban on private handgun ownership, since overturned by the Supreme Court decision in McDonald v. Chicago, in which the Supreme Court agreed with Otis McDonald (who was supported by gun rights groups including the Second Amendment Foundation and the National Rifle Association) that the Second Amendment applied not only in federal jurisdiction but was also incorporated against the states. Only a few years after passing the ban, Alderman Burke acquired a private detective’s license. By 2000, Alderman Burke had obtained a Firearm Control Card, allowing him to carry a weapon on his commute to work.

As of now, Burke’s personal gun-carrying appears to be merely hypocritical, and thankfully not illegal. That can’t be said of all gun-controlling politicians who have ended up as involuntary guests of the federal government: Former California State Senator Leland Yee (D-San Francisco), previously honored by the Brady Campaign gun control organization, was sentenced to five years’ imprisonment in 2016 after he attempted to arrange a deal—allegedly involving the trafficking of machine guns and rocket launchers—between an arms dealer and a supposed organized crime figure (actually a federal agent).

There’s more to Alderman Burke’s case than some side-line hypocrisy about guns and self-defense. The Illinois Policy Institute, a free-market organization in Illinois, noted that Burke’s law firm had appealed the fourth-highest amount of property assessment value in Illinois over the five years from 2011-2016, winning over $860 million in assessment reductions—that’s right, lower taxes for the well-connected. The firm of Michael Madigan, the state House Speaker generally recognized as the most powerful man in Illinois, appealed the most in Illinois overall; it is surely a coincidence that firms connected with two of the most powerful men in Chicago are among the most prominent in this arena.

In machine-controlled cities and states (and none is more fully controlled than Chicago, Illinois), the avenues for public corruption are plentiful. It is the powerful, using their connections and ability to manipulate bureaucratic choke-points, who are able to prosper. Good government, stewardship of taxpayer money, and those unable to curry favor with the machine suffer.