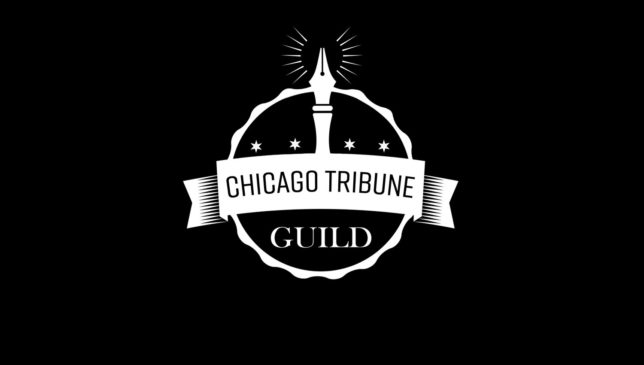 Big Labor hates conservatives—especially social conservatives and populists—and journalists’ unions are the combat groups of the “woke” progressive activists whose presence in newsrooms has drawn much recent attention. As if we needed any more evidence of this, John Kass, the right-leaning law-and-order populist local columnist for the Chicago Tribune, provides some. Kass writes:

Last week, with violence spiking around the country, I wrote a column on the growing sense of lawlessness in America’s urban areas.

In response, the Tribune newspaper union, the Chicago Tribune Guild, which I have repeatedly and politely declined to join, wrote an open letter to management defaming me, by falsely accusing me of religious bigotry and fomenting conspiracy theories.

The column in question examined the tension between the mainstream-Democratic mayors of cities experiencing mass public disorder in recent months (such as Kass’s Chicago) and the radical-left-aligned prosecutors responsible for criminal justice in those cities. Kass asserts that the Chicago Tribune Guild, a local union of the socialist-aligned Communications Workers of America, then claimed that Kass had engaged in “religious bigotry and fomenting conspiracy theories.” Presumably, this was for accurately reporting that the radical-left prosecutors (including Kim Foxx, the Cook County state’s attorney responsible for state-law prosecutions in Chicago) were in many cases supported for election by George Soros and groups the liberal billionaire has funded. Kass correctly notes that he did not refer to Soros’s religion or ethnicity in the column the guild found so objectionable.

That Soros has funded left-wing candidates for prosecutor across the country is not disputable. He is a long-standing ideological supporter of leniency in criminal punishment and decriminalizing criminal acts favored by left-progressives (e.g., drug possession and prostitution). My colleague Shane Devine identified $17 million in funding from Soros to left-wing and leniency-supporting candidates in local races, including district attorneys’ races. Kass found sources from across the political spectrum reporting on Soros’s contributions. Soros’s philanthropies have further funded left-progressive criminal justice organizations such as the Drug Policy Alliance, Vera Institute of Justice, and Equal Justice Initiative to develop and advocate on behalf of policies to reduce criminal punishments.

Kass makes an interesting aside in his resounding defense of his column: “the Tribune newspaper union, the Chicago Tribune Guild, which I have repeatedly and politely declined to join” (emphasis added). It is understandable why Kass, a law-and-order type with “small-c” conservative leanings, would not want to support the political programs of radical Communications Workers of America by becoming a member and paying full dues. In Illinois, nonmembers forced to accept monopoly representation by a labor union must pay fees to cover the pro-rata costs of collective bargaining because the state does not have a right-to-work law. Under Supreme Court precedent, unions may not compel nonmembers forced to accept union representation to pay “non-germane” charges for things such as political and lobbying expenditures when those nonmembers affirmatively object.

But the guild’s privilege to force workers to accept its representation comes at a price: It is forbidden under federal law to “restrain or coerce employees in the exercise of their rights,” including “the right to refrain from such [labor union] activity.” So if the Guild decided to promote action against Kass because Kass wasn’t a union member, that would likely violate the law.

But on the flip side, the Ockham’s razor explanation—that the Tribune Guild and the woke newsroom employees who are its most aggressive activists don’t like Kass’s politics and attacked him on that basis—is both legal and expected. No matter what social conservatives say about wanting to ensure worker representation or to counter the rise of “woke capitalism,” Big Labor hates them. And the attack on Kass demonstrates, just like the attacks over Sen. Tom Cotton’s New York Times op-ed, that Big Labor will not rest until social conservatives and the social conservative-ish are silenced.