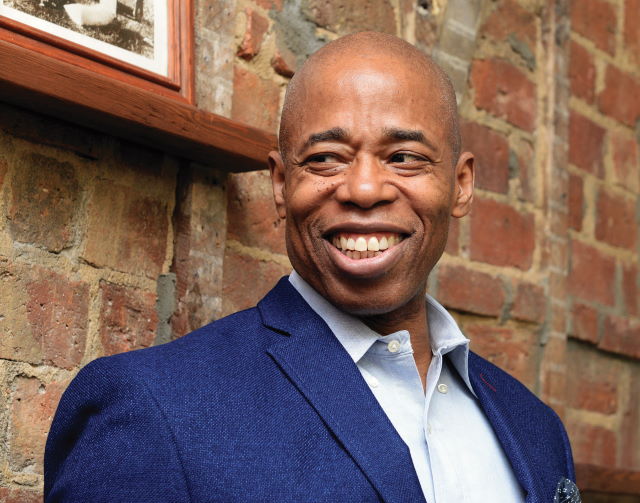 Summary: At least 22 jurisdictions—including New York City, San Francisco, Maine, and Alaska—used ranked-choice voting (RCV) in their most recent elections. That number is expected to more than double in the next round of elections. Efforts to push RCV are almost exclusively funded by the usual left-wing suspects, arguing that it is more democratic. Yet despite its clearly left-wing odor, some Republicans have shown interest in RCV. Even Utah now allows local jurisdictions to use RCV. Opponents argue that RCV is needlessly confusing to voters and can depress voter turnout among minorities. With left-wing donors pumping millions of dollars into the campaign, RCV will continue to be an issue for the foreseeable future.

Except that commanding lead all but evaporated to a narrow 2-point lead in the next round of counting thanks to the city’s new ranked-choice voting (RCV) system.

New York City adopted rank choice voting—a system where voters rank the candidates from most to least preferred—for primary elections. If no candidate wins 50 percent, then the vote counting goes into another round, and second choices are considered. The theory of the method—sometimes called an instant runoff—is that no one wins a multi-candidate contest without less than 50 percent of the vote.

This reform came after a 2019 ballot initiative bankrolled largely by $500,000 from Unite America, financed by Kathryn Murdoch, and by $1 million from the Action Now Initiative, a liberal group founded and funded by liberal donors John and Laura Arnold. Jonathan Soros, son of left-wing billionaire George Soros, also dropped $100,000 of his fortune into changing New York City’s primary election. Big donors to the efforts to push ranked-choice voting elsewhere have included Level the Playing Field, a group led and financially backed by activist and hedge fund manager Peter Ackerman.

Unite America, with the help of $3.8 million from the daughter-in-law of media mogul Rupert Murdoch, has been the largest funder of drives to promote this form of elections in states and localities across the country. The top organizations advocating for the change in states and local jurisdictions have been the Committee for Ranked Choice Voting, FairVote, and other mostly left-leaning election reform groups.

The states of Maine and Alaska have ranked-choice voting statewide, while about 50 cities and counties have adopted the system, according to FairVote, a left-leaning election reform nonprofit that advocates for adopting the system. San Francisco was the first major city to adopt it, and New York City is the most populous jurisdiction to adopt RCV.

While it varies by jurisdiction, in New York City voters can rank their top five choices. But not everyone left of center is on board with the idea. Well before the 2021 mayoral primary election occurred, minority leaders in New York said the new system might work against minority candidates, as it almost did. Hazel Dukes, president of the NAACP’s New York State Conference said RCV “is not for us,” according to the Manhattan Times.

Meanwhile, the newspaper reported the caucus co-chairwoman Adrienne Adams, said, “Now that our black and brown communities have found electoral success, the powerful special interests want to change the rules on us.”

As it turned out, Adams emerged as the Democratic nominee for mayor, but it was a far from certain outcome despite being the first choice of a hefty plurality of the city’s Democratic voters.

Proponents—such as FairVote and Unite America—say this form of voting means voters would no longer have to settle for a lesser of two evils and would lead to less polarized politics.

Opponents assert that this could be confusing to voters and, perhaps more importantly, can mean the candidate with the most first-place votes doesn’t win the election. 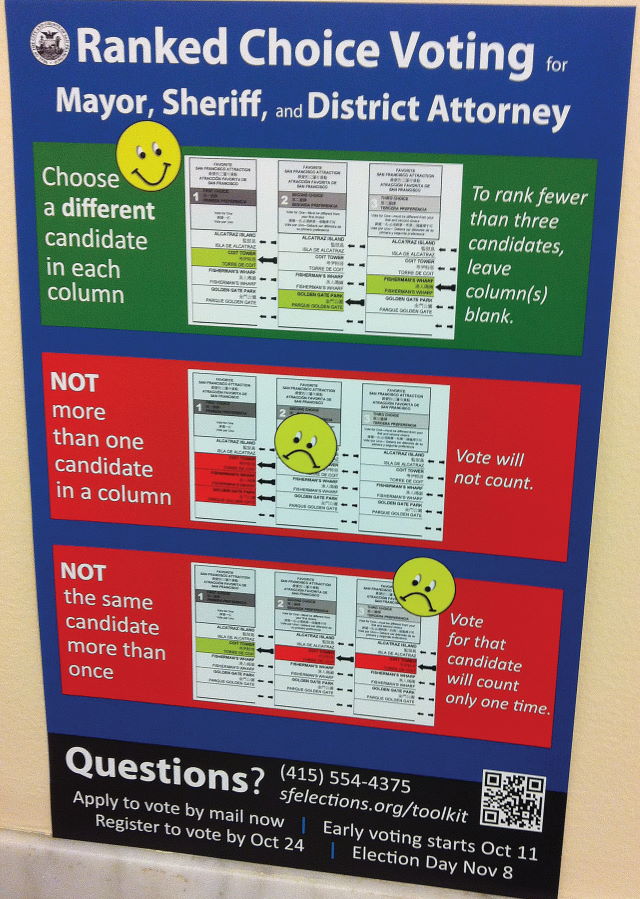 “Not only is ranked-choice voting too complicated, but it also disenfranchises voters, because ballots that do not include the two ultimate finalists are cast aside to manufacture a faux majority for the winner.”— Hans von Spakovsky. Credit: Steve Rhodes. License: https://bit.ly/3DY74EH.

Ranked-choice voting varies by jurisdiction, but generally works like this in either a crowded primary election field or a multiparty general election:

Advocates insist it’s a nonpartisan push. While the bulk of support comes from the Left, California Gov. Gavin Newsom, a notable Democrat, vetoed a bill to make the nation’s most populous state an RCV state. Newsom is a former mayor of San Francisco, the first major municipality to adopt the measure. He called RCV confusing to voters in his 2019 veto message: “Where it has been implemented, I am concerned that it has often led to voter confusion, and that the promise that ranked-choice voting leads to greater democracy is not necessarily fulfilled.”

To contest the confusing claim, the pro-RCV FairVote has cited a Bangor Daily News survey after the 2018 election that said 75 percent of respondents said they understood the ranked-choice voting system in Maine.

“Not only is ranked-choice voting too complicated, but it also disenfranchises voters, because ballots that do not include the two ultimate finalists are cast aside to manufacture a faux majority for the winner,” wrote von Spakovsky, a senior legal fellow at the Heritage Foundation and Adams, president of the Public Interest Legal Foundation. “But it is only a majority of the voters remaining in the final round, not a majority of all of the voters who actually cast votes in the elections.”

In the next installment, ranked-choice voting has created controversy where it has been used.