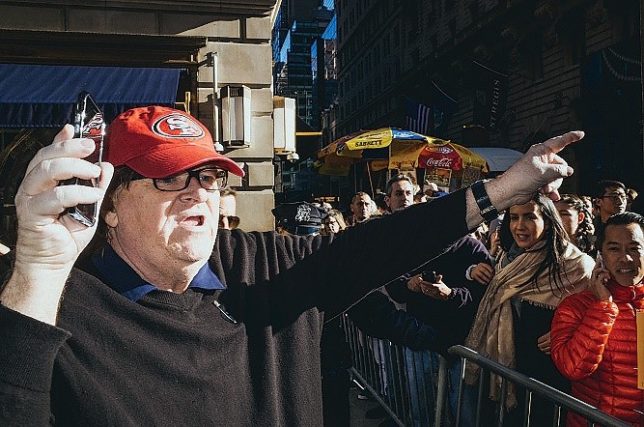 More than a dozen years ago I was living in a middle-class neighborhood in Lansing, Michigan, near a left-leaning neighbor who piously collected rainwater that fell on his roof and trimmed his immaculately groomed yard with an electric mower. Visible a quarter mile away, across the Grand River from a spacious city park, stood the Eckert Power Station. It is the largest of two coal-fired plants that at the time electrified the city—and thus belched the electric lawnmower exhaust from the smokestacks that towered over our neighborhood. Performing with similar irony, Eckert Station is an uncredited star in the early moments of Planet of the Humans, a new lefty environmentalist documentary from Michael Moore’s Rumble Media.

Directed and narrated by Jeff Gibbs, a left-wing Michigan environmental journalist and frequent collaborator with Moore, Planet of the Humans is an honest criticism of “green energy.” The movie proves that wind turbines and solar arrays cannot possibly power anything resembling our current industrial civilization. This presents upper-middle-class lefties with a problem. By stripping away the false belief that pleasant breezes and sunshine can provide a viable alternative to carbon emissions, it requires them to instead give up their comfortable way of life. 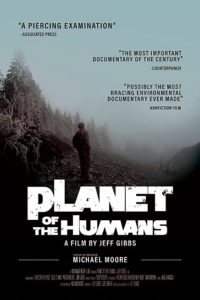 Planet of the Humans stakes out a position on the far left, against capitalism and saving modern civilization, and leaves no wiggle room for those hoping to have it both ways. In one soliloquy, Gibbs concludes that what falsely passes for “green” energy is little more than desperately fake measures aimed “not to save the planet but to save our way of life.”

Early on, the film heads to Lansing to meet the Chevy Volt, the plug-in electric hybrid vehicle brought to life by General Motors and the U.S. government in 2011, following their prior collaboration on the automaker’s 2009 taxpayer bailout. When a GM official showing off the car to media is asked to identify its fuel source, she lamely identifies the building it is plugged into. Pressed further, she states that the electricity comes from the Lansing Board of Water & Light (operator of the aforementioned Eckert Station). A power company official is nearby to clarify that 95 percent of the utility’s electricity was being generated from coal.

So, the celebrated future of “green” energy transportation turned out to be . . . a coal-gasoline hybrid.

Clearly uncomfortable with the direction of these questions, the Board of Water & Light executive notes his utility is soon switching over to natural gas. He invites Gibbs to visit the firm’s nearby solar farm, which turns out to be an array of panels about half the size of a football field that a Board of Water & Light tour guide says provides enough juice for just eleven homes. This hilariously honest docent generously volunteers that to power all of Lansing, a city of less than 40 square miles and a little more than 100,000 residents, the solar farm would need to cover up 15 square miles—obviously not a workable solution.

From the Volt jump-off point, the film embarks on a relentless debunking of the cleanliness and effectiveness of all forms of supposedly “green” energy. Similarly, it exposes the movement’s hypocritical leaders, who personally profit from the comfortable myths (and subsidies) they have been peddling for decades to credulous left-leaning upper-middle-class Americans. Al Gore, the Sierra Club, and Bill McKibben are just a few of many Big Green names that get a comeuppance.

The movie does not mention that in 1950, what the U.S. Department of Energy defines as “renewable” energy accounted for 8.6 percent of total American energy consumption, and all of that was provided by hydroelectric dams and the burning of biomass (more on that shortly). Not much had changed by 2019 when hydro and biomass were still almost two-thirds of the renewable contribution, and total renewables were still a small minority player in American energy consumption at 11.4 percent.

Despite all the publicity and massive tax subsidies doled out over the last two decades, wind and solar still have not pushed beyond their small corner of renewable energy’s small faction of total American energy consumption. At a combined 3.8 percent of the total in 2019, wind and solar were doing almost nothing to provide reliable energy or reduce carbon emissions. They were needed even less.

In the next installment of Planet of the Humans Review, watch Moore debunk wind and solar energy as viable alternatives.