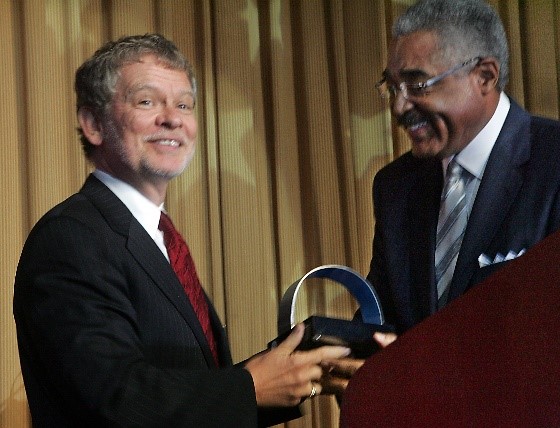 The final sign of the strength of the organized labor–organized progressivism alliance can be found in the statements and actions of organized progressive institutions themselves. The role of Big Labor in the institutional liberal activist space became a matter of great interest when the Supreme Court heard cases challenging compulsory dues (agency fees) for public-sector unions in non-right-to-work states.

In 2016, the Supreme Court heard Friedrichs v. California Teachers Association, in which a public schoolteacher challenged compulsory fees under California’s forced-unionism rules. The Court deadlocked after the death of Associate Justice Antonin Scalia, leaving the rules in place.

By 2018, the confirmation of Associate Justice Neil Gorsuch had created an opening for a similar challenge: Mark Janus challenged Illinois’s forced-unionism law and ultimately prevailed over AFSCME Council 31.

As these cases made their way through the court system, liberal groups allied with labor unions provided amicus curiae support and advocacy on behalf of compulsory fees. Furthermore, organized progressive institutions speculated on the potential consequences of a decline in union revenue caused by an end to forced fees paid to government-sector unions.

(Barry Rand presents Gara LaMarche with the Hubert H Humphrey Civil and Human Rights Award in 2010.) In 2016, Democracy Alliance president Gara LaMarche spoke to members of the liberal mega-funders group on the potential ramifications of a Janus-like decision holding that forced dues in the government sector are unlawful. Credit: Sharon Farmer/sfphotoworks. License: https://bit.ly/2THv6OQ.

In 2016, Democracy Alliance president Gara LaMarche spoke to members of the liberal mega-funders group on the potential ramifications of a Janus-like decision holding that forced dues in the government sector are unlawful. According to a copy of his prepared remarks obtained by the Washington Free Beacon, LaMarche warned:

We would be foolhardy to assume that we will always have the labor resources that have been such a significant engine for progressive politics and organizations. Make no mistake about it, labor is a key anchor of funding for progressive campaigns and causes.

LaMarche further elaborated on the scale of labor’s support for the organized progressive network:

Last year [presumably 2015], labor support accounted for 13% of the funds going to [Democracy Alliance]-supported groups, and 28% of the 2020 Vision State Funds. Nine of the 30 portfolio groups receive at least 25% of their support from labor.

This is the scale of organized labor’s involvement in the words of a key progressive financial organizer. Further evidence of the foundational role Big Labor plays in the broader progressive ecosystem can be observed from the responses in union-favorable states to the Janus v. AFSCME ruling.

While declines in union revenues and political-lobbying expenditures have not been as substantial as union critics might have wished in the wake of Janus, government-sector unions have lost the overwhelming majority of their former forced-fee payers and ongoing litigation may help free the remaining unwillingly unionized workers from paying fees obtained without knowing and affirmative consent.

To counter these effects, unions and union-friendly public officials have proposed or enacted a spate of “anti-Janus” legislation, including bars on government employers informing workers of their Janus rights; grants of civil immunity to union organizers who lie, mislead, or threaten employees to pay fees to a union; and direct contributions from state taxpayer funds to support government worker labor unions. The expectation is clear: These proposed government privileges would preserve the labor-funded liberal networks that support progressive politicians, and left-progressive advocacy campaigns would continue to receive the financial support that they have come to expect from organized labor.

This survey, which is far from comprehensive in its catalog of union and union alumni involvement in noneconomic-leftist politics, should send a clear message to the conservatives hopeful of finding an audience within organized labor itself: Organized labor opposes everything conservatives stand for and cannot be considered a possible ally.

The deeper questions arise in how to secure meaningful cultural and political representation for the substantial minority of union-member families who are currently unrepresented by unions’ political and advocacy operations. The hardest option, and the one to which the “labor conservatives” would inadvertently commit themselves, is to orchestrate a hostile takeover of the labor movement by devotees of Christian democracy. Evidence from past hostile takeovers of major labor organizations—the ouster of the mobbed-up Teamsters and the liberal Cold Warriors in the AFL-CIO by the hard-left wings of both unions in the 1990s—suggests that this would take a generation and require recruiting substantial cadres of Christian-democratic organizers to move trade unionism back to the political center ground. Given the internal resistance the existing labor organizing profession would mount, such an approach has essentially no chance of succeeding.

The easiest option is to continue to do nothing. Labor unions’ inexorable decline has led them to pursue increasingly radical coercive measures to force workers to pay union dues. They have had little success in securing those coercive measures through legislation, and regulatory efforts through the National Labor Relations Board have been reversed under Republican presidents. The problem with this approach is threefold: First, it deepens the polarization that keeps union funds flowing to left-wing political causes and to liberal candidates dangling the prospect of future coercive organizing laws. Second, it neglects the “labor conservatives” kernel of truth, that having alternate sources of social integration from the state and the mega-corporation is desirable. Finally, it fails to address the legitimate grievances of the 40 percent of union families trapped in the cycle of funding organizations fundamentally opposed to their values, practices, and lifestyles.

Therefore, adopting a two-pronged approach would be preferable. The first prong would continue the traditional conservative-Republican approach to defunding the unions’ political program by allowing dissenting non-members to refrain either from union fees altogether (under a national right-to-work law) or from financially supporting union issue advocacy (under a “paycheck protection” provision like that in the proposed Employee Rights Act). The second would seek to build alternative models of worker representation while allowing workers to hold their delegated representatives directly accountable through means such as recertification votes. Before joining the Trump administration, labor researcher James Sherk, then of the Heritage Foundation, wrote on works councils and similar approaches to organization without a national labor union’s involvement.

As the base of the conservative movement shifts from high-income professionals and businessmen toward Americans working in manufacturing, mining, and construction, the question of alternative worker representation will become more acute, especially if the proportion of right-leaning union households increases. But this question cannot be answered by giving more power to the existing labor movement, as should be overwhelmingly clear, because the unions would rather coerce than represent their members.