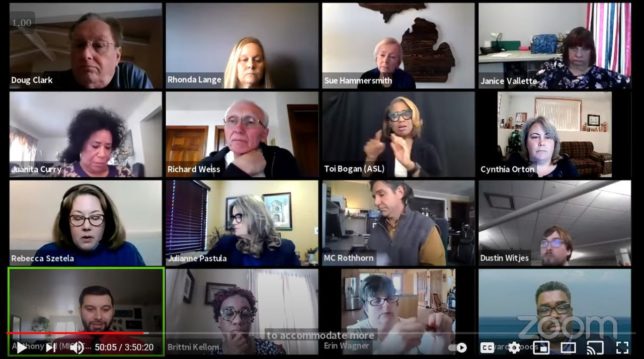 Michigan’s new and supposedly “independent” legislative redistricting commission has begun to resemble a bad TV sit-com. Each episode of the Michigan Independent Citizens Redistricting Commission show features the hapless antics of the 13 randomly selected (and well-compensated) commissioners as they attempt to fulfill a very serious responsibility while enduring the gentle pressure of effectively zero accountability.

This comes as no surprise to those who have followed how the redistricting commission was recklessly nailed into the Michigan constitution. This deed was done with the assistance of $13.9 million in outside spending by partisan Democratic donors such as Arabella Advisors, the National Redistricting Action Fund, and the National Education Association. For more on how the redistricting commission came into being, read “Slay the Dragon: Save Democracy by Eliminating Democracy,” part of CRC’s November 2020 special report The Left’s Voting Machine.

The baker’s dozen composition of the redistricting commission is supposed to include four members each to represent the two largest political parties, plus five non-aligned independents. But earlier this month we learned that two of the five supposedly “independent” members are in fact left-leaning partisans.

The Washington Free Beacon reported in 2016 that commissioner Anthony Eid declared himself “proud to live in a state that voted for Bernie Sanders in the primary.” Later that year Eid endorsed then-Rep. Keith Ellison (D-MN) for chair of the Democratic National Committee. Ellison didn’t get the DNC job, but his campaign unintentionally succeeded in smoking out Anthony Eid as a left-wing partisan Democrat.

Yet on his application to serve on the Michigan redistricting commission, Eid wrote, “I do not affiliate with either the Republican or Democratic Party” and there “are candidates in each party that I support for different reasons.” As with the applications returned for all 13 commissioners, Eid affixed his name to the following statement:

The Washington Free Beacon reported that Szetela has donated to numerous Democratic candidates and committees in Michigan and to the campaign of former Washington governor Christine Gregoire (D). A vanishingly tiny number of Americans contribute to political committees, and fewer still donate to candidates in states other than their own. If Szetela isn’t a partisan Democrat, then the phrase has no meaning.

So the real roll call of the misnamed Michigan Independent Citizens Redistricting Commission is an unconstitutionally unbalanced six Democrats, four Republicans and three independents. It got that way because two of the commissioners provided factually enigmatic sworn statements on their applications.

There’s a simple and non-obscene four-letter word beginning with the letter “L” and ending with “D” that could be used in place of “provided factually enigmatic sworn statements,” but we don’t want to get sued by Ms. Szetela.

They Had Just One Job!

Speaking of lawsuits, the Detroit Free Press reported on September 7 that the commission was being sued for “moving ahead with a schedule that will have the group missing the constitutional deadlines for proposing and adopting new maps for the state’s legislative and congressional districts.”

Why will they be unable to constitutionally execute the only job they have under the state constitution?

The official excuse is that the pandemic prevented the Census Bureau from getting information to them soon enough. The lame excuse might be that many of them just don’t do the work.

In late August, Bridge Michigan reported that commissioners skipping meetings had become a serious concern. The biggest offender was the chair, Brittni Kellom. She is one of the four (ahem… official) Democrats. She missed 17 overall meetings, and a whopping 14 of the 33 after she had been elected to “lead” the group.

When Kellom did show up, she arrived late to three meetings and left two before they had concluded.

For comparison, it took the four Republican members combined to miss 17 total meetings. And news reports indicate that virtual video attendance at the meetings has been permitted, so mass absenteeism excuses are difficult to accept.

On her application, Kellom replied “yes” to this question: “Are you able to dedicate the necessary time to fulfill your duties as commissioner in addition to your other personal and work obligations?”

It’s not as if she isn’t well paid for the often part-time work. The constitutional amendment approving the body stipulates that each commissioner’s compensation must be no less than 25 percent of the $159,300 annual salary of the Michigan governor, or $39,825.

A majority of the commissioners didn’t think this was generous enough and—in yet another self-inflicted controversy—voted early on to raise their annual salaries to $55,755.

None of the four Republicans voted for the pay hike, though two of them missed the meeting. Brittni Kellom was in attendance when the pay raises were up and voted “yes” for more loot.

Also voting “yes” was Dustin Witjes (D). On his application the 33-year-old wrote that his “end goal” as a commissioner was to create redistricting maps where “a random sampling of individuals out of a district will yield approximately 50% of each of two main parties.” This objective is mathematically impossible, is evidence of a profound ignorance of the job requirements, and in any rational employment situation should have been grounds to remove Witjes from the pool of qualified applicants.

Although poorly suited for the job, Dustin is clearly savvy enough to understand the math of getting a 40 percent pay raise.

The redistricting work he’s doing was previously done by state lawmakers, with the cooperation of the governor and the state supreme court. Each of them is directly elected by the people of Michigan. Lawmakers who support unpopular legislation can be fired by the voters in the next election, and until now legislative redistricting laws were part of that equation. Sometimes Michigan voters don’t even wait for the next election to punish politicians. Since 1983 three state lawmakers have been subjected to and lost recall elections because of controversial laws they supported.

State lawmakers who vote themselves exorbitant raises or don’t show up for work can also obviously be voted out of office or recalled.

But these fundamental guardrails of representative democracy do not apply to the members of the redistricting commission. Every other official in state government is either a directly elected representative of the people or answers directly to one or more of those elected officials. The redistricting commissioners behave as if they have been given unaccountable and undemocratic political power because that’s exactly what has happened. 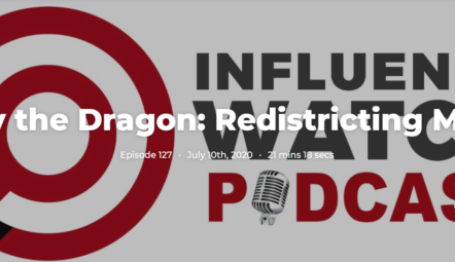