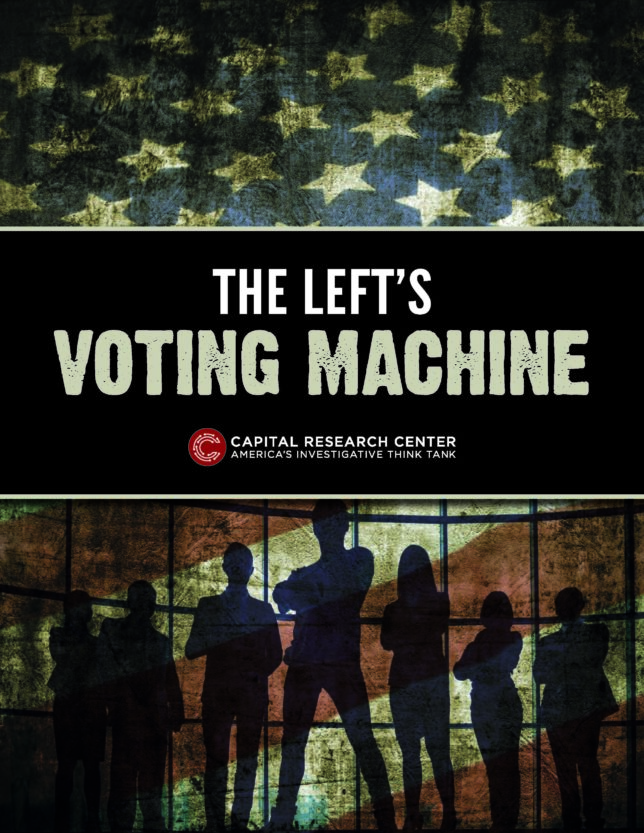 Summary: Left-wing activists understand the power of nonprofit advocacy groups as agents of social change. That helps explain why left-leaning groups outspend their free-market/conservative counterparts by about 4-1. To empower the Left, its donors and activists have quietly built a vast network of allied PACs, voter registration nonprofits, litigation organizations, and Census “get out the count” groups to win battleground states, which in turn will help the movement implement many of the socialist policies that have been touted in recent years—from the Green New Deal to Medicare-for-All to the union-backed PRO Act.

The proof that this phenomenon is best understood as Left vs. Right, not Republicans vs. Democrats, is provided the 2018 election of Rep. Alexandria Ocasio-Cortez: this paladin of the Left defeated one of the most powerful members of the Democrat establishment before going on to champion such radical ideas as the Green New Deal, which remains controversial in her own caucus. More recently, the Left has seized on coronavirus turmoil to craft narratives that support radical electoral “reforms” they have long sought, using public health justifications that ignore the long-term consequences of overturning traditional election processes. If the Left wins big in 2020, they’ll be able to enact their existing plans to build an entrenched left-wing majority in key states and Congress, all but ensuring a roadmap for their radical agenda in the coming decade that free-market conservatives will be powerless to stop.

This report examines the ways in which the Left, armed with torrents of mostly 501(c)(3) cash, has:

1. Increased the count of traditionally left-leaning constituencies in the 2020 Census (tens of millions of dollars from billionaire foundations going to dozens of left-wing activist groups who will Get Out The Count just as they Get Out The Vote)

3. Control the 2021 redistricting process to draw congressional maps favoring the Left and enable other profound structural changes (including Electoral College reform) (unlimited money for litigation is a major part of this “step,” already in full swing in many states)

If the Left can bludgeon its way into power in battleground states, it will have the leverage to enact the socialist policies supported by an empowered radical wing of a major political party.

Editor’s note: This report was compiled just before the 2020 election and references the Left’s attempt to influence the composition of state legislatures and in order to control the post-2020 Congressional redistricting process. The results of the 2020 election showed this particular project failed, despite a significant effort and expense. However, the information on this topic remains relevant because it illustrates the coordinated effort the Left-progressives are capable of and will continue to deploy during the Biden administration.