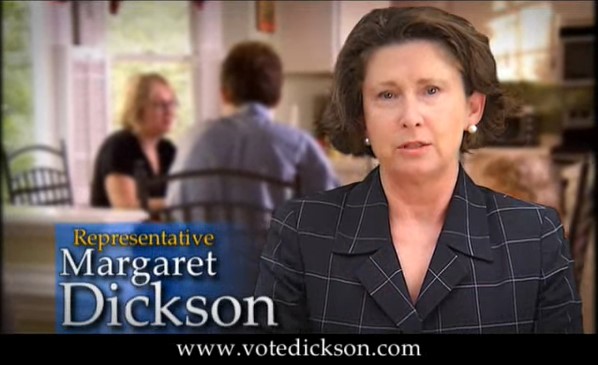 What you will find is a tired old conspiracy about the left’s favorite bogeymen, such as the Koch brothers and the U.S. Chamber of Commerce. Slay the Dragon singles out those two and others as donors behind an effort by Republicans to win majority control of numerous state legislatures during the 2010 election cycle and then use those victories to redraw congressional and state legislative boundaries. Michigan was one of those states.

This is neither news nor nefarious. Democrats and their big donors also make an extra special effort to seize control of state legislatures and gubernatorial offices every 10 years. But you’ll wait nearly 20 more minutes after hearing about the Koch dollars before Slay the Dragon provides the film’s one and only (grudging, halfway) admission of this fact: “In a few states where Democrats controlled maps, they did their own gerrymanders.”

This raises a question that reveals another of the movie’s major misdirections: How much did those Republicans and their business allies really spend? The tally unveiled in Slay the Dragon pegs it at $30 million for the nationwide effort.

So now, remember the $13.9 million raised by Voters Not Politicians just for the 2018 Michigan ballot measure? The allegedly grassroots Michigan campaign was able to raise almost half of what Republicans supposedly spent for the entire nation.

More striking still is that the Republican cabal of national donors from back in 2010 was apparently so nonplussed by this 2018 threat to their accomplishment in Michigan that they chipped in no more than $3.2 million to try to save it?

But again, you wouldn’t know this from watching Slay the Dragon. The film sets up the Michigan Chamber of Commerce as a local villain. Another truth withheld from the viewer is that the Michigan Chamber gave a comparatively tiny $100,000 of the $3.2 million raised by the committee that organized against Proposal 2. Similarly, the chamber spent another $135,000 in an earlier (failed) legal crusade to keep the proposal off the ballot.

Just the production budget for Slay the Dragon may have exceeded what the Michigan Chamber of Commerce spent trying to stop Proposal 2.

As noted earlier, the $13.9 million raised by Voters Not Politicians to pass the proposal dwarfed the $3.2 million raised to stop it. Almost $3 million of that $3.2 million was given by the Michigan Freedom Fund, an avowedly conservative, limited government committee that has been active in Michigan on a variety of issues over many years. A reader that’s gotten this far won’t be surprised to learn that, even though the Michigan Freedom Fund provided nearly all the financial arrows aimed to slay Proposal 2, this is yet another subject Slay the Dragon did not cover.

The true story of Proposal 2 wasn’t the fiction featuring outgunned Katie Fahey versus the Koch brothers and the Michigan Chamber of Commerce. In truth, the battle was a mismatched financial skirmish between a reasonably well-funded limited government advocacy organization on one side and Fahey’s stupendously rich, left-leaning ballot committee on the other. That’s not the message advanced in Slay the Dragon because telling it that way would have killed off the strawmen the film’s producers needed to slay.

Revenge of the Sore Losers

Those strawmen are needed because they advance the film’s message that Republicans have been winning elections they should be losing and thus taking unfair advantage of the political system. To defend this point, Slay the Dragon spins the story of two elections: 2008 and 2010.

In the Slay the Dragon account, Republicans are knocked back on their heels after President Obama is elected in 2008, taking with him 53 percent of the popular vote and both chambers of Congress for Democrats. Just over 15 minutes into the film this outcome is portrayed as an epochal historic breaking point where Republicans become an endangered species for the foreseeable future. Forty minutes later this assertion is reinforced with an interview subject declaring Republicans to be demographic dinosaurs, no longer capable of winning a fair fight in a nation that has become less white and thus irretrievably more left leaning.

In this version of the legend, the 2010 U.S. Census and political redistricting that followed in 2011 should have delivered a decade of mostly Democratic majorities in Congress and many state legislatures. Instead, Republicans and their donors responded to the 2008 challenge with Operation Red Map, the previously described $30 million plot to pull off strategic victories in state legislative and gubernatorial races during the 2010 midterm election.

The allegation is that this unjustly stole the mapmaking power from Democrats. Slay the Dragon presents left-leaning journalist David Daley to inform viewers this $30 million was possibly the biggest bargain in American political history.

But why did Democrats, supposedly holding a royal flush of electoral advantages after 2008, fail to counter the Republican move with their own relatively low-budget plan to win important races in 2010? It wasn’t as if there was no warning: The U.S. Census and subsequent political redistricting have been occurring every decade for the past two centuries. Both major parties knew the state-level races in 2010 were critical. Anticipating and executing in this environment, particularly from Democrats’ alleged position of popular support, is the bare minimum that might be expected of an organized political party, else why does it exist?

In addressing these points, the film banks again on a credulous audience.

First, there is the Slay the Dragon interview with Margaret Dickson, a former Democratic state senator from North Carolina who was beaten during the 2010 election. More than 200 years earlier, during the 1800 U.S. presidential election, a surrogate of challenger Thomas Jefferson attacked incumbent President John Adams as “a hideous hermaphroditical character which has neither the force and firmness of a man, not the gentleness and sensibility of a woman.” Since at least then, competitive political races involving less exalted characters have featured rough attacks and counter attacks. It was as predictable as a sunrise that Republicans in North Carolina would run an aggressive campaign in 2010 against an incumbent lawmaker they wished to defeat.

But this reality was apparently lost on Margaret Dickson. In Slay the Dragon she gins up a mighty affectation of either ignorance or insincerity as she tells the camera that her campaign “had no idea what was about to hit us,” “nobody had ever seen anything like it,” and mailings from the opposition were arriving “every day.”

Did Democrats attack her opponent as well? Did her side just stick to happy talk and never say anything bad about the Republican? Slay the Dragon doesn’t raise, let alone answer, those questions. An obtuse viewer is left with the impression that negative campaigns were first introduced to American politics by Republicans during the 2010 election cycle. A less naïve observer will conclude Dickson is a sore loser who put up an inferior effort when the stakes were high.

More faux outrage is presented in fables told about what Republicans did with their wins following the 2010 election. David Daley makes an appearance to provide a wide-eyed account of how Republicans used census data and computer programs to draw maps that advantaged them. The point is reinforced by Stephen Wolf, another left-leaning journalist from the Daily Kos. Both advance the notion that these were new developments.

These assertions are as insincere as Dickson being confused by aggressive campaigning. The politicians in the majority after each U.S. Census draw the political maps and have done so at least since the early 1800s, when the term “gerrymandering” was born and almost half a century before the Republican Party even existed. Sophisticated mapping software has been used for the last few redistricting cycles and like all software it has gotten better, but census data were being used long before that to draw these maps. There was nothing particularly unique about how this all happened in 2010.

It might be fair to debate whether the elected representatives of the people should control drawing these maps, whether those lawmakers should be adhering to different mapping rules, and how much harm gerrymandering does. But Slay the Dragon isn’t aimed at addressing this argument—it needs villains and those villains need to be Republicans. The film relentlessly asserts that Republicans have uniquely abused the map-drawing power to win elections they should not win and that once in power the GOP politicians inflict uniquely horrible policies.

The very first moments of the movie advance a profoundly deceptive and evil assertion that gerrymandering after 2010 permitted Michigan Republicans to allow lead into the drinking water of Flint. Hey Margaret Dickson, how’s that for negative campaigning? Do the lefties play that rough in North Carolina?

In the next installment of “Slay the Dragon,” take a deeper look at the vote distribution in the 2016 presidential election.