Margaret Sanger: The Woman Who United the Left 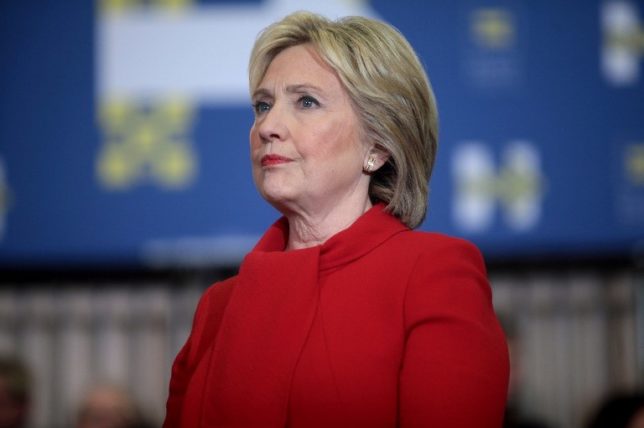 The Legacy of Margaret Sanger

There’s irony in Margaret Sanger’s life and legacy: Were she alive today, she’d be booted out of Planned Parenthood.

She may not have demanded anti-black genocide, but even a fraction of her many chauvinist statements would be enough to label her a white supremacist in an age when some on the Left consider even peanut butter and jelly sandwiches racist.

Her desire to see America’s borders sealed to all “unfit” immigrants in order to protect its fragile gene pool is the very caricature of pro-Trump conservatives conjured up in left-wing fantasies. Sanger’s notorious speech before a branch of the New Jersey Ku Klux Klan is well-documented (though she also called it the “weirdest” experience of her life). Less so is the content of her speech, in which she cried that America must “keep the doors of Immigration closed” to genetic undesirables.

Yet Sanger’s worst sin among today’s leftists is surely her skepticism of abortion. One of her few criticisms of the Soviet Union was its insistence on encouraging abortion when birth control was freely available, something that perplexed Sanger. “Four hundred thousand abortions a year indicate women do not want to have so many children,” she told a Soviet doctor during her 1934 visit. “In my opinion it [abortion] is a cruel method of dealing with the problem because abortion, no matter how well done, is a terrific nervous strain and an exhausting physical hardship.”

Contrast that with Planned Parenthood’s firing of president Leana Wen after just eight months for daring to suggest the group should focus more on women’s health than abortion rights activism. After battling with pro-abortion radicals on the board, she was shown the door.

One suspects that Margaret Sanger couldn’t even get a job selling t-shirts for today’s Planned Parenthood with her “far-right” and “extremist” views.

In fact, about the only position held by Sanger that’s still vocalized by today’s Left is Third World population control—a bizarre fusion of environmentalism and imperialism trumpeted by the biggest misanthropes in politics.

Held up to modern leftist standards, Sanger should be counted among the worst bugbears in American history—a treatment that ex-Progressive hero Woodrow Wilson knows only too well.

So why is she still so beloved by the Left?

In 2009, Hillary Clinton told Planned Parenthood supporters that “I admire Margaret Sanger enormously. Her courage, her tenacity, her vision. . . . I am really in awe of her.” A decade later, presidential candidate Senator Elizabeth Warren (D-MA) told a crowd of cheering supporters that she’d wear a Planned Parenthood–embroidered scarf “when I‘m sworn as president of the United States.”

That legacy, of course, is tied up in the nation’s largest abortion provider and a left-wing juggernaut. In 2014, Barack Obama became the first sitting U.S. President to address Planned Parenthood’s national conference, praising Sanger’s legacy as the “one core principle [that] has guided everything all of you do” for nearly a century. At the organization’s 100th anniversary gala in 2017, Hillary Clinton warned against conservatives’ “unprecedented attacks” against Planned Parenthood and accused President Trump of wanting “to appoint someone to lead our nation’s family planning program who doesn’t believe in birth control.”

Sanger’s caustic arrogance and racist paternalism are enshrined in Planned Parenthood, which honors her racist legacy with its highest prize: the Margaret Sanger Award. The award has been given to dozens of liberal elites, including Hillary Clinton, Rep. Nancy Pelosi (D-CA), film star and radical activist Jane Fonda, and John D. Rockefeller III—founding president and seed funder of the Population Council, a “fertility control” group allied with Planned Parenthood and which funded the American Eugenics Society for over two decades.

Sanger’s also been enshrined as a national heroin by the National Portrait Gallery in Washington, DC, which declined to withdraw her bust in 2015 after a group of black pastors with the pro-life group ForAmerica asked for its removal on the grounds that Sanger advocated for eugenics and sterilization of “inferior” people. In its letter to the gallery the group wrote, “Perhaps your institution is a victim of propaganda advanced by those who support abortion. Nevertheless, a prestigious institution like the National Portrait Gallery should have higher standards and subject its honorees to higher scrutiny.”

A museum spokeswoman replied that the bust honoring Sanger would remain, though the gallery didn’t honor “the less-than-admirable aspects of her career.”

Similarly, today’s population control groups are directly descended from the eugenicists of Sanger’s day—population control is the branch of eugenics most concerned with the numbers of babies born, not their genetic “quality.” The 1960s doomsayers such as Paul Ehrlich (author of The Population Bomb) sowed the seeds for modern environmentalism with their apocalyptic fears that a growing global population would destroy the earth.

Activists such as Rachel Carson (author of the celebrated book Silent Spring) used unscientific arguments to attack technological advances in agriculture and medicine much like their Malthusian forbears, leading to the 1972 ban on the pesticide DDT that is responsible for 60 to 80 million “premature and unnecessary deaths, mainly among children,” according to a 2012 letter in the science journal Nature. Out of Carson’s organizing came “green” giants such as the Environmental Defense Fund, Natural Resources Defense Council, Greenpeace, and the Pesticide Action Network.

Perhaps the reason modern leftists continue to celebrate Margaret Sanger is because so many left-wing political movements can trace their origins to her work. Every major group on the Left owes something to Sanger, the first activist to organize distinct groups around a common cause—something the Left continues to do very well. Go to any pro-abortion rally in the nation and you’ll likely find environmentalists, labor unions, LGBT activists, racial identity groups, socialists, and every other flavor of the Left protesting for pro-abortion laws as vocally as Planned Parenthood.

And that, more than anything, is why we continue to live with the specter of Margaret Sanger—the woman who first united the Left.