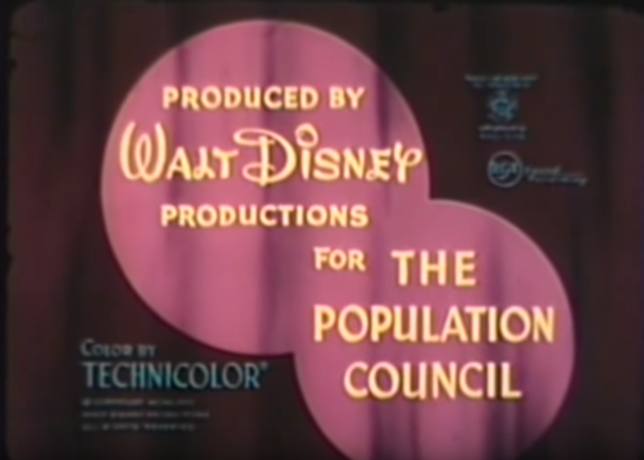 At least one socialist believes there’s “scientific consensus” that man-made climate change will make the lives of future generations so miserable that we ought to ask ourselves, “Is it okay to still have children?”

While the socialist in question—Rep. Alexandria Ocasio-Cortez, popularly referred to as “AOC”—is known for making ludicrous statements in pursuit of absurd policies (like the Green New Deal), even die-hard environmentalists ought to be concerned to hear their elected representatives ask such misanthropic questions.

AOC’s musings aside, that very proposal isn’t new; in fact, these kinds of radical schemes have been pushed by socialists and so-called Progressives for over a century—often by force. The ideology called environmentalism can even trace its roots back to eugenics, the government-supported scheme to “beautify” America through forced sterilization of people “manifestly unfit” to be Americans.

Terrifyingly, the ideology of eugenics that inspired Nazis like Josef Mengele to put their racial superiority theories to the test on human experiments is still well and alive. Today, it’s called “population control,” and it’s pushed by professional activists funded with tens of millions of dollars from major left-wing funders like the Gates and Rockefeller Foundations.

It might seem implausible that major foundations known for their charitable endowments would be involved with such an abhorrent cause. Philanthropy, however, has always pushed for social change—sometimes too far. As Hudson Institute senior fellow William Schambra put it in 2013, “Eugenics was American philanthropy’s first great global success.”

Leading that effort in the United States today is the $82 million Population Council, arguably the most important advocate for population control in the country—or what it calls family planning, which is supposedly intended to help “couples plan their families and chart their futures.”

The Population Council was created in 1952 by John D. Rockefeller III, grandson of the famous oil tycoon and founder of the Rockefeller Foundation. Unlike his grandfather, a devout Baptist whose lifelong definition of philanthropy was “helping the less fortunate” with small gifts, Rockefeller III used his family’s fortune and influence to push for “fertility control” to combat the rapidly growing populations in Asia. At the behest of the Rockefeller Foundation, a report was published in 1950 on the need to impose controls on far-Eastern countries. As one summary of the report’s findings said:

There is in the Far East a general, indeed a zealous, conviction that the path to health, wealth and power lies in technological modernization. It is much less generally realized that the attainment of these ends . . . also requires profound changes in social and economic institutions and deeply laid social values . . . . without them population increase may be a major obstacle to success.

According to Matthew Connelly in his 2008 book Fatal Misconception, the Council was the product of conferences attended by the United Nations, Planned Parenthood Federation of America, several eugenicists, and the Ford and Rockefeller Foundations—all spurred to action by Rockefeller III. Rockefeller III himself served as the Council’s founding president after fronting $100,000 in startup capital. Connelly writes:

The first draft of the Population Council’s mission statement specified that it would also seek to create conditions such that “parents who are above the average in intelligence, quality of personality and affection will tend to have larger than average families.”

And while the Council finally settled on a vaguer, less objectionable mission statement, its activity remained firmly rooted in eugenics. The group funded the American Eugenics Society for over two decades, a group whose founders include Harry H. Laughlin, assistant director alongside Charles Davenport of the infamous Eugenics Research Office in New York and an advocate for compulsory sterilization.

The Population Council was always focused on reducing global population, particularly in developing countries, sometimes by compulsion. In 1969, Council president Bernard Berelson published a paper entitled “Beyond Family Planning” in which he suggested “mass use of [a] ‘fertility control agent’ by government” in the water supplies of urban areas—citing Paul Ehrlich, author of the hysterical 1968 book The Population Bomb.

Revealingly, Berelson also explained why the Council chose “family planning” as its theme instead of outright population control. “Why is family planning the first step taken on the road to population control?” he wrote. “Probably because from a broad political standpoint it is the most acceptable one . . . it can be justified as a contribution to the effective personal freedom of individual couples.”

In 1967, the Council even joined with Walt Disney Productions to create a ten-minute kids’ video promoting “family planning.” Written by Bill Bosché, a Disney writer famous for films like the 1955 movie Lady and the Tramp, it opens with Donald Duck and a narrator identifying Man as merely “one of the animals” possessing reason. The film is essentially Malthusian, positing that medical breakthroughs against disease will lead to unsustainable population growth and apocalyptic overconsumption. According to the film—whose cartoon depiction of men and women looks suspiciously like Indians, the poster children for 1960s overpopulation doomsayers—Man’s “upward rise is being slowed by the sheer weight of numbers.”

Once there was “almost a balance . . . between the large number of babies born each year and the large number of people who died.” No longer. With more children being born “mother[s] will have too much to do . . . children will be sickly and unhappy, with little hope for the future . . . and no one will have enough.” Fortunately, scientists have the key: family planning, which will allow couples “to decide in advance the number of children [they] will have and when they will have them.”

“You can have only the children you want,” the film triumphantly concludes, “and only when you want them. That’s what family planning can mean to you.”

From the start, the Population Council was shockingly well-connected to the U.S. government and major American institutions. Just five years after its launch in 1952, the Council’s board of trustees consisted of the chairman of the federal Atomic Energy Commission; a former U.S. ambassador to West Germany; deans and department chairs from the Universities of Chicago, Pittsburgh, and Princeton; and presidents of the Rockefeller and Carnegie Institutes (the latter a key funder of Charles Davenport’s Eugenics Research Office).

The Council is still well-connected, only to 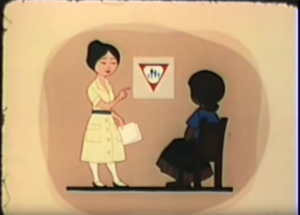 day its board of trustees consists of members of neoliberal elites. Its current president, Julia Bunting, is a former “reproductive health” and “population” official for the British government and a director for the International Planned Parenthood Federation. Council board chair Darcy Bradbury is a managing director at the $30 billion hedge fund D.E. Shaw Group and a former Treasury Department assistant secretary for the Clinton administration.

Other board members include Victor Halberstadt, former adviser to the Dutch Ministry of Finance and a fixture in the Bilderberg Group, an exclusive globalist clique; Anna Glasier, former chair of the World Health Organization’s Human Reproduction Program; Cheikh Mbacke, senior adviser to the Hewlett Foundation’s Population Program and a former officer for the Rockefeller Foundation’s Population Sciences program; Jeffrey Spieler, a senior adviser to USAID on population; and Theo Spencer, former senior policy advocate for the Natural Resources Defense Council and a “fifth-generation member of the Rockefeller family.”

Although the Council’s methods have evolved away from outright population control, its cynical goal of dropping populations in developing countries has not.

In 1984, the Population Council developed the ParaGard IUD, an intrauterine device regarded by Planned Parenthood as the most effective “emergency contraceptive” in use, even more than the “morning-after pill.”

From 2006 to 2011, the Council participated in the Consortium for Safe Abortions in India, which sponsored an advertisement campaign pushing abortion in rural parts of the country. The Council also brags about “play[ing] an important part in the passage of the landmark 2007 reform to decriminalize early abortion in Mexico City.”

It’s a radical, misanthropic agenda pushed by cynics—and you’re paying for it.

By its own admission, nearly 46 percent—that’s $38.6 million—of the Population Council’s $84.5 million budget in 2016 came from the U.S. government. Another $12.1 million came from grants from other governments, $3.6 million from international bodies like the United Nations, and $18 million from foundations and individual donors. Of that $84.5 million budget, almost $31.3 million (or 37 percent) went towards “reproductive health” services in 2016.

In other words, over 64 percent of the Population Council’s budget is paid by taxpayers in the U.S. and other countries to support abortion. The rest is largely provided by a handful of ultrawealthy leftists through their foundations. (The Council’s top-tier donors are even designated “John D. Rockefeller 3rd Visionaries” for their selfless support.)

So it is that after 67 years in operation, John D. Rockefeller III’s dystopian vision lives on—courtesy of globalist elites and the U.S. government.