Based on Tax Filings, Bill Kristol’s Been a Democrat for Years

Bill Kristol, currently editor-at-large of the Bulwark, has been funded from the start of his rebellion by big left-of-center donors such as Pierre Omidyar and the Hewlett Foundation. 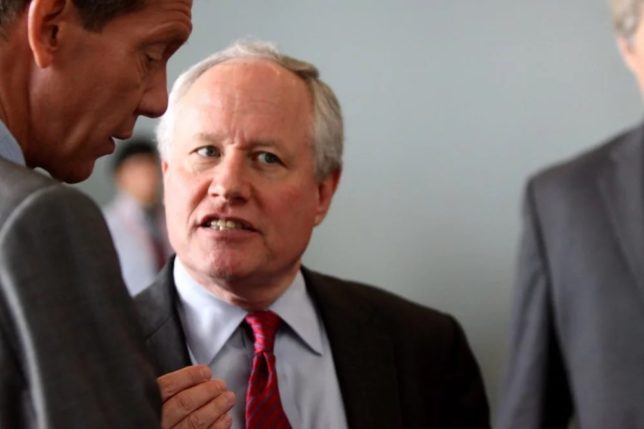 Bill Kristol—son of the “godfather of neoconservatism” Irving Kristol, and founder and editor-at-large of The Weekly Standard, a now-defunct outlet—confirmed the suspicions of many observers recently when he tweeted that he (and maybe all conservatives?) is now a Democrat.

“Not presumably forever; not perhaps for a day after Nov. 3, 2020; not on every issue or in every way until then. But for the time being one has to say: We are all Democrats now,” Kristol wrote.

Apparently, Kristol’s new definition of Democrat also means being a “principled conservative” because on the heels of his curious tweet, Kristol announced an event—in partnership with a group called Stand Up Republic, which has interesting ties to the left—that purports to focus on “reviving principled conservatism in the United States.”

Is whiplash the hallmark of Never Trump? What goes on here? Turns out, it’s pretty simple. Kristol’s a Democrat—under the old definition, which has everything to do with who’s funding the agenda.

It’s no secret Kristol has been moving left since Donald Trump declared his candidacy for president and later won the 2016 presidential campaign. But Kristol’s open admission that he’s jumped parties—and even that, by some standards, he’s actually a liberal—was a welcome, if not wholly unexpected, development.

Perhaps it shouldn’t have been. Kristol, currently editor-at-large of the decidedly anti-Trump media outlet The Bulwark, has been funded from the start of his rebellion by big left-of-center donors such as Pierre Omidyar and the Hewlett Foundation.

As of 2018, he’s also been backed by a nonprofit connected to a massive network of left-wing groups funding the anti-Trump “Resistance.” That network of “dark money” is run by a powerful for-profit company called Arabella Advisors, and its influence is far-reaching and virtually unreported by the mainstream media.

Specifically, Kristol’s Bulwark website is run by the 501(c)(3) Defending Democracy Together Institute (DDTI), the sister organization of his 501(c)(4) Defending Democracy Together (DDT), which runs the Never Trump attack group Republicans for the Rule of Law. The Hopewell Fund, which is one of the four main nonprofits operating in Arabella’s shadowy network, forked out $75,000 to DDT in 2018.

Sarah Longwell, executive director of DDT and publisher of The Bulwark, says Kristol’s groups receive funds “from all sorts of people who care about democracy and the rule of law,” but she declines to name any individual donors or any conservative foundations (which must disclose their grants).

The foundations that send monies through the Hopewell Fund’s hands read like a Who’s Who of left-wing money: The Susan Thompson Buffett Foundation, which heavily funds Planned Parenthood and groups that push for population control; the Silicon Valley Community Foundation, a massive pass-through that sends tech titans’ cash to activists at places such as the American Civil Liberties Union and the Tides Foundation; and the Democracy Fund, the philanthropy of eBay founder Omidyar, which has given to Common Cause Education Fund and the Campaign Legal Center, both liberal stalwarts. In fact, Democracy Fund shows up again in this story: They gave DDT $1.6 million in 2018.

Capital Research Center has been investigating the Arabella network for more than a year, reporting for example that between 2013 and 2018 the network’s nonprofits spent nearly $1.9 billion and raised over $2.4 billion.

As more information comes to light, it becomes clearer that the line between philanthropy and political advocacy at Arabella is so blurry that it’s nearly indistinguishable. Most of the projects hosted by the four nonprofits—Hopewell plus the New Venture Fund, Sixteen Thirty Fund, and Windward Fund—advocate for a solidly left-wing agenda on issues such as President Trump’s judicial nominees (including Brett Kavanaugh), abortion on demand, net neutrality, and more. They almost uniformly promote the expansion of government.

Kristol hasn’t been much of a Republican or conservative for years. He’s attacked the Republican in the Oval Office as viciously and obsessively as any Democrat and taken money from axe-grinding groups that prefer the Democrats’ increasingly radical agenda.

In short, Kristol announcing his affinity for the Democratic Party should be the least surprising thing in the world.

A version of this commentary was published in the Federalist on February 19, 2020. 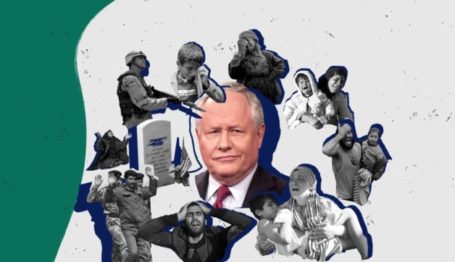