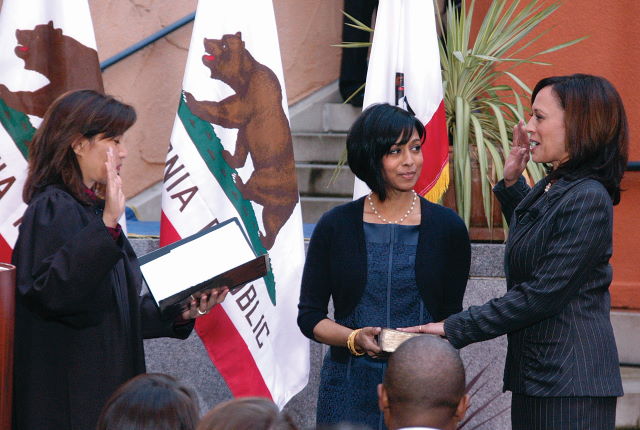 Foundations Are Two Steps Ahead of the Democratic Establishment

Ford has also shown a knack for steering the Democratic Party to the left. It does this by funding groups that operate at local levels that are more radical than national mainstream politics would accommodate. Once the time is right, they are elevated to national roles.

For example, between 2013 and 2020, Ford gave a Florida-based group called Dream Defenders $1.1 million to “build a young people’s movement to end mass incarceration” and other “youth-led civic engagement organizing.” As the group explained in 2018, “we believe that our liberation necessitates the destruction of the political and economic systems of Capitalism. . . . We want an immediate end to the police state and murder of Black people. . . . We want free, fully-funded public education for all that teaches us our true history and our role in present day society. We want community control of land, bread, housing, education, justice, peace and technology.” Dream Defenders is involved in county-level races for state attorneys, backing candidates for prosecutors who align with their mission of “a world without prisons, policing, surveillance and punishment.” It is run by Philip Agnew, whose fringe racial beliefs, the Anti-Defamation League said, posed harm to “the State of Israel and the American Jewish Community.” In March 2020, Bernie Sanders’s presidential campaign tapped Agnew as a senior advisor on matters of race and inequity.[2]

On the day when Joe Biden assumed the presidency, the North Star Fund—which the Ford Foundation funded to the tune of nearly $1 million from 2016 to 2019, with the Rockefeller, Surdna, and Soros foundations chipping in as well—bemoaned, “The administration may have changed but white supremacy and capitalism are still here.”[3]

Financially, this is a brilliant plan. For the same amount political actors might spend inﬂuencing one congressional election, they could elect an entire slate of school board candidates or county council members in a large jurisdiction. Unlike a back-bench congressman, these school board or council members would enjoy complete control. It is not just money, but the lack of attention that makes these efforts especially potent. In fact, it is easy to elect far-left candidates in center-left jurisdictions, because if the far-left candidate can squeak through in a primary where just 5 percent of voters participate, a majority Democrat county is likely to blindly support him in the general election, with no real idea who he or she is.[4]

This goes doubly for the suburbs. Suburbs are crucial to those seeking to transform American politics because they are among the only “purple” areas left. Generally speaking, U.S. cities are blue, and rural areas are red. Therefore, as go the suburbs, so goes America. Suburban residents often pay little attention to municipal elections, and newspapers have been forced to cut back severely on local coverage. But some populous suburban counties have upward of one million people—more than the population of six states.[5] Savvy political operatives realized that this offered them a remarkable opportunity.

A large portion of what might appear to be grassroots local activism, particularly concerning education issues, can be traced directly to the foundations.

One of the counties with more than one million residents is Wake County, North Carolina. There, a group called the Youth Organizing Institute pays children $100 to attend a “Freedom School” that trains them to become activists on topics like “environmental racism,” the “school to prison pipeline,” “Indigenous land reclamation,” and “reproductive justice.”[6]

There is no paperwork about this group because it is an arm of another nonproﬁt, called the Southern Vision Alliance, whose other tentacles include the Community Alliance for Public Education; Comite de Accion Popular . . . ; and Durham Beyond Policing, whose goal is to get “police out of our neighborhoods!” Southern Vision Alliance is funded by the Ford Foundation and the New Venture Fund.[7]

This article is Chapter 11, “Foundations,” in Race to the Bottom: Uncovering the Secret Forces Destroying American Public Education by Luke Rosiak, which was released in March 2022. Reprinted with permission. The visuals in this reprinting were not in the book.

[4] For example, the congresswoman whose district includes all of Loudoun, plus part of a neighboring county, raised thirty-two times more than the nine-person Loudoun school board combined, while her district is only twice as big as Loudoun in population. https://dailycaller.com/2019/11/13/soros-prosecutors-virginia/.