Environmentalists Deserve to Lose Their War on Natural Gas 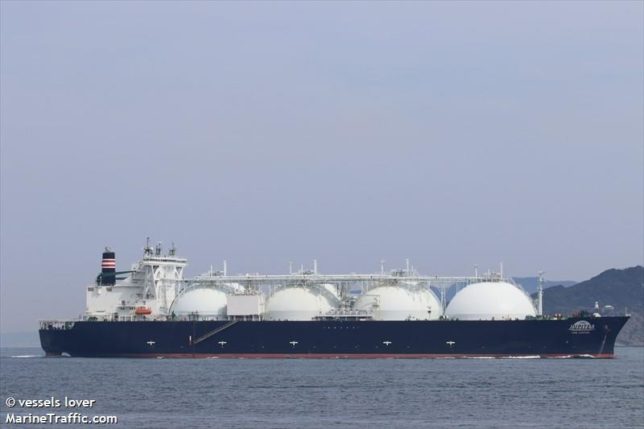 Make no mistake, the same environmentalists who tried to dial coal and oil out of the economy are coming for natural gas next. “Green” fundamentalism won’t be satisfied until it’s reduced America to medieval energy indigence, and the fuel heating your home is in its sights.

No administration in U.S. history has been friendlier to radical, anti-fuel environmentalism than the Biden Administration. Amid a historic energy crisis, President Joseph Biden has paused new permits for oil and gas extraction and banned companies from transporting liquefied natural gas (LNG) by train, reversing a provision issued by President Donald Trump in 2019 to supply Russian-averse allies in Europe, such as Poland. Even Germany, the “green man of Europe,” recently announced it was fast-tracking two LNG import terminals to cut dependence on Russian gas.

Yet to anyone familiar with the power of Activism Inc. in Washington, the administration’s anti-fuel actions come as no surprise. Left-wing nonprofits have been wagging the tail of the Democratic Party dog for decades. Behind Biden’s assault on natural gas is a legion of professional eco-activists funded by a freight train’s worth of foundations bent on forcibly decarbonizing the economy and impoverishing all but the richest elites.

The leftists at Food & Water Watch (FWW), for example, started lobbying the Biden administration to block LNG train transportation—what it calls a “dangerous ‘bomb train’ experiment”—back in November 2021. The far-left Earthjustice started even earlier: “The liquefied natural gas from just one rail tank car . . .  could be enough to destroy a city,” the group cried last March.

Safety when moving fuel is certainly paramount, but not their point—these radicals are fixed on banning all fuels.

Both FWW and Earthjustice have tried to prohibit natural gas extraction for years. FWW’s website says that “we must end fossil fuels” and “a national ban on fracking is key.” They have even generated fake activist fronts like Pennsylvanians Against Fracking, which give the appearance of grassroots support for their policies. The Biden administration has told the public that it isn’t interested in banning fracking on public lands, but FWW isn’t buying it. “On the campaign trail, Joe Biden was crystal clear about ending fracking on public lands,” the group announced last March.

But that’s just the tip of the iceberg. Activists are pushing cities to ban natural gas hookups in new homes in order to force Americans to buy electric appliances so as to “rapidly decarbonize” the economy. At least 50 jurisdictions in California have already done so, as have many in Massachusetts and Vermont. As one of his last acts as mayor, Bill de Blasio made sure to ban new hookups in New York City by 2030.

“Electrify everything” is the motto of today’s environmentalists.

Dishwashers and washing machines take longer to finish a cycle than they did a decade ago thanks to the Energy Department’s energy “efficiency” rules. Not long ago the average dishwasher took about an hour and a half to clean a load of dishes. Today’s appliances take from 2 hours and 20 minutes to 4 hours to complete a cycle, leading people to clean dishes by hand, which uses more water and electricity than using the machine.

The push for net-zero carbon emissions is bankrolled by the ClimateWorks Foundation—a pass-through for the left-wing Hewlett and Packard Foundations—the Rockefeller Brothers Fund, the Energy Foundation, and others commanding billions of dollars.

The Left loves to portray a conspiracy of oil industry think tanks blocking climate “progress” while painting themselves as plucky, underfunded Davids. In reality, the tree-hugger is the Goliath. The Sierra Club alone spent $74 million trying to abolish America’s “dirtiest energy sources” in 2019, a campaign than began with coal and has since expanded to natural gas.

Environmentalism is perhaps the best-funded pillar of today’s Democratic Party, with a virtually unlimited spigot of cash flowing to it. I’ve calculated that eco-activists brought in a stunning  $2.7 billion in 2019 alone.

Russia’s invasion of Ukraine has thrown the Biden Administration’s energy policy into sharper relief. Even while perpetrating this national suicide, the administration initially avoided sanctioning Russian oil and gas exports so as “to limit the pain the American people are feeling at the gas pump.” “We don’t have a strategic interest in reducing the global supply of energy,” a White House press secretary told reporters on March 2.

Even liberals seemed surprised by the administration’s decision. Quoth Speaker Nancy Pelosi (D-CA): “I’m all for that. Ban it.” In the face of growing popular outrage at the Russian invasion, the administration reversed course on March 8 and banned imports of Russian oil, LNG, and coal.

Of course, the ban on Russian energy imports isn’t enough for the environmentalist Left. “The horrors the world is witnessing in Ukraine should be a clarion call to end our global dependence on fossil fuels and the petrostates they prop up,” the Center for Biological Diversity announced on March 2. “It’s time for President Biden to stop equivocating and fully embrace every tool at his disposal to end the fossil fuel era.”

But it may all be for naught. The Supreme Court recently heard opening arguments in a case challenging the Environmental Protection Agency’s (EPA) authority to regulate greenhouse gas emissions. If the Court rules in the plaintiffs’ favor in West Virginia v. EPA this summer, it will likely overturn its decision in Massachusetts v. EPA (2007), which granted the agency authority to curb emissions under the Clean Air Act—a law conservatives have long pointed out had nothing to do with the climate.

If a majority of justices agree, we might see a virtual end of federal climate regulation, maybe even the collapse of the environmental movement. Good. It’s time to stop punishing people for heating their homes, cleaning their dishes, and driving their cars.