Will the Supreme Court Toss the EPA’s Climate Regulation? 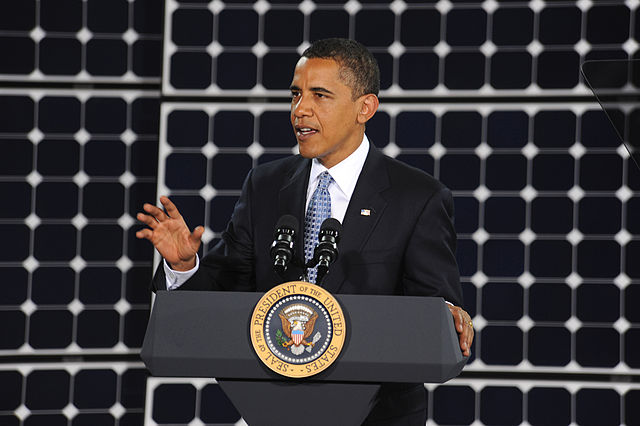 As if the war in Ukraine wasn’t enough to derail global environmentalism, a new legal challenge is threatening to confound the eco-Left’s climate agenda at home. If climate activists aren’t panicking, they should be.

On Monday, the Supreme Court heard arguments in West Virginia v. Environmental Protection Agency to determine whether the agency has the authority to issue rules capable of fundamentally transforming America’s electricity grid.

At stake is not only President Barack Obama’s 2015 Clean Power Plan but also the Court’s 5-4 decision granting the EPA the power to regulate greenhouse gas emissions in Massachusetts v. EPA (2007), the basis of the federal government’s authority to regulate on the basis climate change.

The Clean Power Plan was meant to be Obama’s signature “green” policy and the climatistas’ final victory in the battle to decarbonize America, after the Democrats’ cap-and-trade bill failed to pass Congress in 2009–2010.

Under Obama’s 450-page regulatory plan, the EPA mandated enormous reductions in carbon dioxide emissions from coal-, oil-, and natural gas–burning power plants. Naturally, household electricity prices were expected to skyrocket as much as 250 percent. Obama himself announced as much on the 2008 campaign trail: “Under my plan . . . electricity rates would necessarily skyrocket.”

The Clean Power Plan dramatically expanded the scope of the EPA’s power to transform the nation’s electricity grid as it sees fit, picking and choosing industry winners (natural gas) and losers (coal) at its whim.

Now the petitioners in West Virginia v. EPA are challenging that authority, asking the Supreme Court to decide whether Congress granted the EPA power under the 1970 Clean Air Act to “reshap[e] the nation’s electricity grids and unilaterally decarboniz[e] virtually any sector of the economy.”

EPA climate regulations were always based on a novel interpretation of the Clean Air Act, which was created to reduce smog and air particulates, not halt global warming. The Supreme Court ruled in Massachusetts v. EPA, however, that the EPA could also regulate carbon dioxide and other greenhouse gas emissions under the act so long as there was a clear threat to public health—the origin of the “endangerment finding” that climate skeptics and conservatives have been angling to overturn for nearly two decades.

Here’s the bottom line: If the Court rules in West Virginia’s favor, it could mean the end of the endangerment finding and the EPA’s authority to regulate greenhouse gas emissions. That would mean doom for future efforts to forcefully decarbonize the country through bureaucratic decrees.

Much can change between now and when the Court hands down its decision sometime this summer, but environmental leftists have every reason to start shaking in their boots. “West Virginia could wind up permanently hobbling the government’s ability to fight climate change,” quoth far-left Vox.

All but one member of the liberal majority in Massachusetts v. EPA—John Paul Stevens (who authored the decision), Anthony Kennedy, Ruth Bader Ginsburg, and David Souter—has since died or retired, leaving only the outgoing Stephen Breyer and two fellow reliables, Elena Kagan and Sonia Sotomayor.

In contrast, three of the four conservative dissenters in that decision—John Roberts, Clarence Thomas, Antonin Scalia, and Samuel Alito—are still on the court and now form part of a 6-3 majority. Liberals shouldn’t be too hasty to put their trust in the oft-swing-voting Chief Justice Roberts, either; Roberts wrote the dissenting opinion in Massachusetts.

If what was true in 2007 holds true in 2022, we’re about to see the end of the eco-Left’s most potent weapon in Washington—and in time maybe even the collapse of the “green” movement. This writer is quite ready to see it join phrenology, eugenics, socialism, and the rest of the Left’s played-out schemes.