The Audacious Project is another left-wing attempt to make vote by mail permanent. 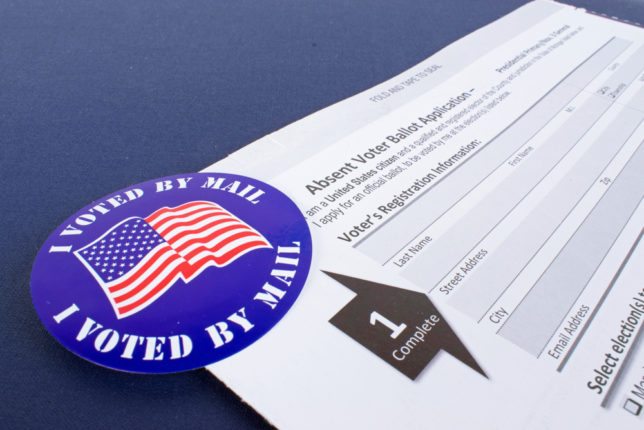 The states have declared war on “Zuck bucks.” As of writing, at least 24 states and four counties have banned or restricted private funding for elections. Despite some left-wing intransigence, across the country Democrats and Republicans alike agree that funding for elections must be transparent and above partisan influence.

In April, I documented the next stage in the Center for Tech and Civic Life‘s (CTCL) strategy to corrupt elections: the launch of the U.S. Alliance for Election Excellence, an $80 million campaign to centralize control over elections in Washington, D.C., using “redesigned” ballots, a flood of taxpayer funds, and a permanent expansion of the vote-by-mail bureaucracy.

Funding for the alliance comes from a little-known group formed in 2018, the Audacious Project, which operates as part of the foundation responsible for TED Talks.

In 2021 alone, the project funneled $920 million to a handful of groups engaged in the left’s current favorite topics: electric vehicles to stop global warming via ClimateWorks Foundation, welfare-state expansion via Code for America, and “modernizing” U.S. elections via CTCL.

All of this money came from prominent left-wing heavyweights such as the Gates and MacArthur Foundations. Rockefeller Philanthropy Advisors is also involved through its front group, Climate Leadership Initiative.

Jeff Skoll, a billionaire who bankrolls a film-production company (Participant) famous for producing Al Gore’s An Inconvenient Truth, is part of the project. Ditto for MacKenzie Scott (formerly Bezos), the third-wealthiest woman in the world. So are investment billionaires Steve Jurvetson, Nat Simons, and John Arnold. The latter two fund the professional left via Sea Change Foundation and Arnold Ventures, respectively.

Two Swiss mega-funders are onboard: Hansjörg Wyss, a medical device CEO with a checkered past who has been accused of illegally donating to Democrats, and the environmentalist Oak Foundation, based in Geneva.

Even Arabella Advisors’ $1.7 billion “dark money” empire is represented in the Audacious Project by the Science Philanthropy Alliance, run by the Arabella network with funding from Mark Zuckerberg’s Chan-Zuckerberg Initiative and the Rockefeller Foundation.

The Audacious Project engages in what left-leaning philanthropoids call “big bets” grantmaking—projects that aim to fundamentally transform health care, climate policy, elections, etc., under the guise of “charity.” It’s 21st-century social engineering, largely funded by an establishment that earned enormous fortunes through American markets and rule of law and now use their wealth to destroy those things.

Among the Audacious Project’s earliest grantees was the Bail Project, a radical group that posts bail for defendants—what it calls an “act of resistance against a system that criminalizes race and poverty”—including felons charged with gun crimes. In 2020 alone, over one-fifth of the 162 defendants the Bail Project assisted were charged with new crimes “while out of charity-sponsored bond,” the Chicago Tribune reported.

Not surprisingly, the group has since expanded to promulgating the cashless bail system currently devastating America’s cities in the name of “social justice,” starting with Illinois in 2021. “End cash bail,” the group writes on its website, “freedom should be free.” The Audacious Project doesn’t report how much money it pumped into the Bail Project, but the latter posted revenues of nearly $25 million in 2018, $15 million 2019, and a staggering $42 million in 2020.

Cashless bail has been so catastrophic that even liberal New York City is considering ending the scheme just three years after putting it into effect.

With donors like these there’s no ceiling for CTCL and the Alliance for Election Excellence, whose “big bets” idea is training election administrators with no oversight or accountability, bankrolled by leftist mega-donors. Every county in the nation is invited to apply, yet CTCL will be able to exercise strategic control over which spots it wants to target in the same way it funneled Zuck bucks to counties rich with Democratic votes in 2020.

Little has changed, yet CTCL—a group founded by Democratic operatives and arguably did more damage to voters’ confidence in elections than any other organization in the country—now assures us that this “election redesign” will “restore trust in U.S. democracy.”

Americans don’t want their elections to be redesigned. They want them to be free and fair again. Nearly half of the states have decided against private donors paying for their elections. Why would they let those same partisan interests to dictate how those elections are run?

This article originally appeared in the American Conservative on August 18, 2022.