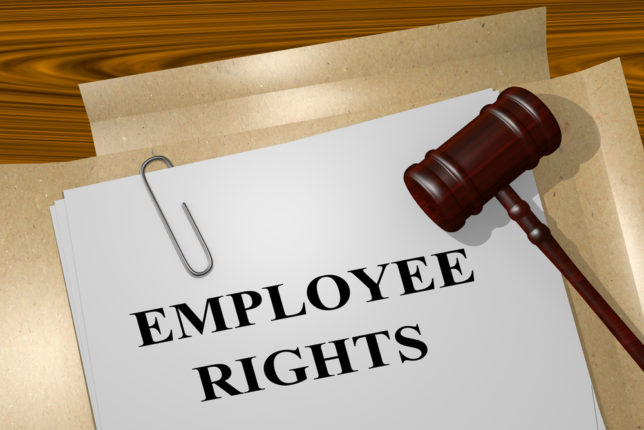 Congressional Democrats, the Biden administration, and Big Labor have proposed a wide-reaching vision of coercive and disruptive labor union power, expressed in the Protecting the Right to Organize Act (PRO Act), which sits before the U.S. Senate. The legislation would expand organized labor’s ability to disrupt supply chains with “secondary” boycotts, empower unions to force unwilling workers to fund their activities nationwide by overriding state right-to-work laws, and reorganize work relationships in independent contracting and franchising to make them more like the Big Factory model of union-organized employment.

This month, Congressional Republicans, business groups, center-right policy organizations, and advocates for worker independence presented their alternative to the PRO Act’s coercive agenda: an expanded version of the Employee Rights Act (ERA). The ERA has been periodically proposed since the early 2010s to expand workers’ rights against labor unions representing or seeking to organize them. The new legislation, sponsored in the Senate by longtime ERA proponent Tim Scott (R-SC) and in the House by Rick Allen (R-GA), incorporates not only the original proposals but also other key elements of a properly Republican labor agenda that counter the Big Labor–backed Democrats’ efforts to make every job a factory job.

The bill has numerous provisions that are worth reviewing in full, but here I will focus on five:

In my piece on “Core Issues in Labor Policy” from March/April 2021 issue of Capital Research magazine, I described Big Labor’s model for redefining the legal relations between workers and employers thus:

Big Labor has developed a two-pronged approach to importing the three-bigs factory-floor model to every workplace in America. Prong one is redefining “joint employer,” the legal doctrine determining who bears liability for workplace administration, in order to make national branding companies (most prominently McDonald’s) liable for the workplace administration errors of their independent franchisees. Prong two is reclassifying as many independent contractors as Big Labor can get away with as legal employees subject to mandatory dues payments and monopoly bargaining.

The Employee Rights Act, unlike other Republican-backed labor relations proposals, would directly address the proposals by Big Labor and the Democrats from the PRO Act and similar legislation like California Assembly Bill 5 (AB 5), on which the PRO Act’s independent contracting language is modeled. The ERA would make two major legal changes to counter the Big Labor agenda.

First, it would codify the traditional “joint employer” standard that holds that a worker’s employer is only any people or firms that directly control the essential terms and conditions of employment. This would end the Service Employees International Union (SEIU) effort to organize McDonald’s and other restaurant chains by securing legal rulings or PRO Act-like legislation declaring franchise brand companies “joint employers” with local franchisees. Such a declaration would make the entire brand’s workforce organizable under the SEIU’s preferred “corporate campaign” methods.

The second ERA provision relevant to countering the AB 5/PRO Act model of forcing every work arrangement into a factory-line model is a provision codifying the common-law definition of an independent contractor while allowing a digital marketplace company that coordinates contractors’ work to offer retirement and fringe benefits without requiring a formal employer-employee relationship.

Under the Labor Management Reporting and Disclosure Act of 1959, labor unions must file annual publicly disclosed financial reports to the Department of Labor. Since the George W. Bush administration, these reports for the largest unions have contained extensive details of union financial activities, subjecting those expenditures to public scrutiny and preventing and countering corruption. These reports are often called “LM-2s” after the federal form on which the largest unions submit their reports. The reports provide union members and the public with extensive accounting of where union members’ dues are spent and have been used to expose corruption by labor union officials, most prominently ex-SEIU local head Tyrone Freeman.

But what happens when the dirty money is in the banana stand, not the labor union treasury? As one sees in the United Auto Workers corruption scandal, in which the vehicle for Fiat Chrysler executives’ corrupt kickbacks to union officials was a joint labor-management training center, corrupted unions can use other institutions in which they hold a controlling interest to hide, launder, or embezzle money. The LM-2 disclosures do not cover these “trusts,” so they leave a gap in public and Labor Department scrutiny.

The Labor Department has known this when its political leadership has chosen to know it. Both the George W. Bush and Trump administrations proposed a new “Form T-1” on which labor unions would disclose financial information concerning trusts in which they held controlling authorities. Regrettably for union members and the public, those forms never went into effect because of changes in partisan control of the federal executive, with the Obama and Biden administrations stopping them. The Employee Rights Act would ensure transparency of labor union trusts by setting the Form T-1 rule into statute.

During a union-organizing campaign, National Labor Relations Board rules require employers to make extensive disclosures of employees’ personal—not only professional—contact information, with no provision for employees to opt out of any disclosures. The union-backed PRO Act would make these mandatory disclosures—including employees’ personal email addresses, cell phone numbers, and work schedules—permanent and statutory.

Unions have used the opportunities presented by the compulsory disclosures of worker information to engage in mischief. In one case, a worker attempting to decertify a local of the left-wing Communications Workers of America alleged that the union had, among other things, forged her signature on magazine subscriptions and had “hundreds” of such magazines mailed to her home.

During a union-organizing campaign, canvassers typically attempt to gauge worker support for the union by circulating union membership cards among the workers. These signed cards are needed for the “showing of interest” that triggers a National Labor Relations Board representation election or for presentation to an employer under a “card check” organization agreement. These membership cards often contain a statement that the undersigned worker wishes to formally join the union, designates the union as his or her bargaining representative, and authorizes the union to collect dues pursuant to rules the union has established.

Workers are often unclear about the extent of what their signatures mean, potentially believing they are merely expressing interest in unionization or signing to agree to have an election on whether to unionize. The Employee Rights Act would clarify the meaning of union card signatures in two ways. It would prohibit organizing a union without a secret-ballot vote of the workers, eliminating card check, and it would require unions to provide written notices both stipulating that a union card signature will be used to certify the union as the bargaining representative and disclosing to the workers the total monthly dues and fees the union would charge.

This increase in transparency and protection of secret ballots helps to ensure that workers are not confused, deceived, or intimidated into forming or joining a union they do not actually support.

If a worker is compelled to accept union monopoly representation, where he works dictates how serious an imposition on his conscience that compulsion is. In the 27 right-to-work states and Guam, unions cannot compel workers to pay for the “privilege” of being forced to accept monopoly representation. If the supporters of the PRO Act get their way, all right-to-work laws will be overridden, and compulsion will become the law of the land.

In the remaining 23 states, the District of Columbia, and the other U.S. territories, unions can require dissenting workers to pay fees for the “privilege” of being forced to accept monopoly representation, though the Supreme Court has limited the extent of such coercion. By following a procedure through which the dissenting worker resigns from formal union membership—which Supreme Court precedent has prohibited as a condition of employment—and “objects” to the payment of “non-chargeable” fees not used for collective bargaining and administering the contract, the worker need not pay for unions’ political advocacy programs. (Federal campaign contributions, a small portion of union political and advocacy expenditures, must be handled through an opt-in political action committee, known as a “separate segregated fund” in election terminology and “committee on political education” in some unions’ parlance.)

The present procedure creates at least two major problems. First, the process relies on workers opting out. The default is for the union to have free rein with the member’s dues to use for whatever purposes it chooses, including promoting radical-Left social ideologies. Second, if a worker wishes to opt out of funding the union’s political and advocacy programs, the worker must quit the union, meaning that the worker loses any say in his or her workplace governance.

The ERA would fix both these problems. The legislation would require annually renewable (or rescindable) written authorizations for workers to opt in to having their union dues or fees be used for political advocacy purposes. No longer would the default be for union members to pay for activities like Liz Shuler, head of the AFL-CIO, rallying for the social agenda of the professional-managerial class.

All in all, the ERA is a worthwhile proposal that deserves to be the basis for future reform of labor laws.