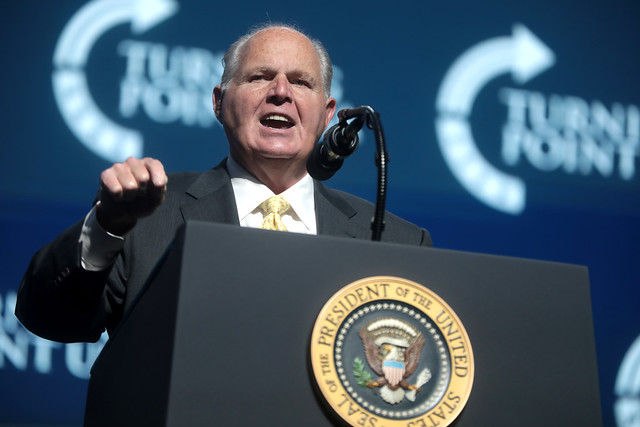 Even the institutional supports that the Left enjoy would not be enough to turn courage into casualties without powerful weapons. And it is not as if the field on which woke progressives are contesting is entirely in their favor. Much of the business community remains at least somewhat conservative, as demonstrated by political contributions associated with the NFIB and Chamber of Commerce.

State-level politics also favors Republicans, as they have since 2010. As of January 2022, when Republicans elected in the 2021 Virginia state elections will have taken office, the Republican Party has “trifecta” control of the governorship and legislatures of 23 states against the Democratic Party’s 14; the GOP holds 21 state executive “triplexes” (governorship, secretary of state, and attorney general) to the Democrats’ 16 after flipping Virginia’s state executive completely.

Polling and other tea leaves suggest that the midterm elections, which have in recent cycles seen “thermostatic” reaction waves against both Democratic and Republican incumbent presidents, are likely to see Republicans gain a foothold in federal offices. A Washington Post/ABC poll in November showed Republicans with an unprecedented-for-the-party 10-point advantage among registered voters. In an indication that the unexpected shifts in Hispanic voting that appeared in 2020 will prove sticky, Texas State Representative Ryan Guillen switched from the Democratic Party to the Republican Party while denouncing the national Democrats.

So why, despite broad strength for conservative and wokeness-skeptical interests in certain cultural institutions, does wokeness seem to be pre-positioned in insurmountable redoubts? The answer is that the woke side is well armed for culture war and equipped with a most powerful weapon: the secondary boycott.

Secondary Boycotts Defined. A “secondary” boycott differs from a traditional boycott in which entity suffers the activists’ pain. A traditional “primary” boycott (or primary strike, primary picketing, or other primary action) targets the actor whose behavior the activist wishes to change. A labor union might boycott a business with which it has a contract dispute. A civil rights group might boycott a business that provides substandard service to ethnic minorities. An environmentalist group might boycott a car company that does not produce enough electric cars. In all those cases, the business under boycott is the activists’ target—the pressure is directed at the actor whose behavior the activists wish to change.

Secondary boycotts have different direct targets. The activist targets a victim with the intent of changing the behavior of a third party with whom the victim engages, usually in a commercial transaction. An animal rights group might target a grocery store that does business with a farm that the group alleges is cruel to animals, not to change the store’s behavior but to induce the store to coerce the farm to change its behavior. A liberal pressure group might target the advertisers of a conservative talk show to get them to withdraw sponsorships and force the network to cancel the show. A gun-control advocacy group might target a bank to induce it to ban gun retailers from using its services, denying the retailers revenue and potentially putting them out of business. In each case, the true target is the secondary actor, not the primary entity being pressured.

The Strategy. So, why do this? As labor-union-organizer-turned-nominally-objective-labor-journalist Josh Eidelson declared explicitly: “Secondary targets make for soft targets.”

But why do secondary targets make for soft targets? It is a case of costs and benefits. The primary target is deeply invested, both financially and ideologically, in whatever it is that the activists do not like. If a primary action would inflict enough pain to end the activity, activists would carry out a primary action.

But the secondary target is not invested and may even be ideologically at odds with the primary target. By training their power against the secondary target’s reputation, which can be extremely costly to the target, activists impel the target to take coercive action against the principal the activists hope to harm. Further, as Dan McLaughlin has noted, when “powerful interests within the boycotted intermediary are sympathetic to the boycotters,” the secondary boycott campaign is much more likely to succeed.

The power of the secondary boycott is clear in Big Labor and its Democratic allies’ response to the proscription. The Protecting the Right to Organize (PRO) Act (H.R. 842), which the Democrats and Biden administration have advanced, would overturn most of Taft-Hartley, empowering labor unions to again order secondary boycotts.

Case Study: Rush Limbaugh. The archetypal modern-era liberal-activist secondary boycott dates from 2012. That year, legendary conservative radio host Rush Limbaugh courted controversy (as was his wont) with an insulting reference to abortion activist Sandra Fluke. A flurry of outrage ensued from the Left that culminated in Limbaugh making an insincere apology to Fluke.

But the outrage was not grassroots revulsion; it was targeted professional activism. Media Matters for America had a Stop Rush campaign in utero since 2009, modeled on its campaigns against then-Fox News host Glenn Beck. Media Matters conducted a secondary campaign targeting Limbaugh’s advertisers, most prominently the online security firm Carbonite.

While Media Matters was not able to force Limbaugh off the air—he broadcast three hours daily until he passed away in early 2021—the secondary boycott did cause him injury through loss of sponsorships. And Limbaugh was protected from “full cancellation” by the same thing that protects J.K. Rowling, the Scottish Labour Party–supporting but transgender-ideology-skeptical author of the Harry Potter books: Eff-you money and a massive independent brand.

Case Study: National Rifle Association. While management controversies in recent years have strained the finances of the National Rifle Association of America (NRA), it retains a massive independent brand. That has not discouraged left-progressives from targeting the gun-rights advocacy group with secondary boycotts, including government-orchestrated secondary boycotts that violate the Constitution.

Left-progressive local governments in San Francisco and Los Angeles passed legislation targeting government contractors that might have ties to the NRA. Los Angeles passed a city ordinance requiring “those seeking to do business with the City [of Los Angeles] to fully and accurately disclose any and all contracts with or sponsorship of the NRA.” A federal court enjoined the ordinance as a violation of the First Amendment rights of the NRA and of current and prospective city contractors. San Francisco’s resolution went further, declaring the NRA a domestic terrorist organization and ordering the city to “take every reasonable step to limit those entities who do business with the City and County of San Francisco from doing business” with the NRA. The ordinance did not even survive long enough to reach litigation, with the city’s mayor clarifying that the resolution did not change the city’s contracting policies in any way.

New York State also took secondary action against the NRA. Using the state’s power over financial institutions, then-Gov. Andrew Cuomo (D) ordered his “Department of Financial Services to urge insurance companies, New York State–chartered banks, and other financial services companies licensed in New York to review any relationships they may have with the National Rifle Association and other similar organizations.” After the directive was issued, the NRA lost at least two major business partnerships.

Outside government, gun-control groups have also pressured airlines, credit card companies, and other businesses to end promotions with the NRA, with considerable success in the immediate targeting. The primary objective, neutralizing the NRA, has thus far not succeeded.

Other Case Studies. Once one becomes familiar with the form of the secondary boycott, it’s clear that cancel culture uses secondary boycotts as a weapon to control 21st-century American society.

Until opponents of the cancel mob can derive a stratagem to overcome the secondary boycott, the cancellers will remain well entrenched, and the courageous will become casualties. An outright ban, like that which prevails in the constitutionally unusual domain of labor law, would almost certainly not survive constitutional scrutiny.

In the next installment, see how the Left employs the levers of government to advance wokeism.