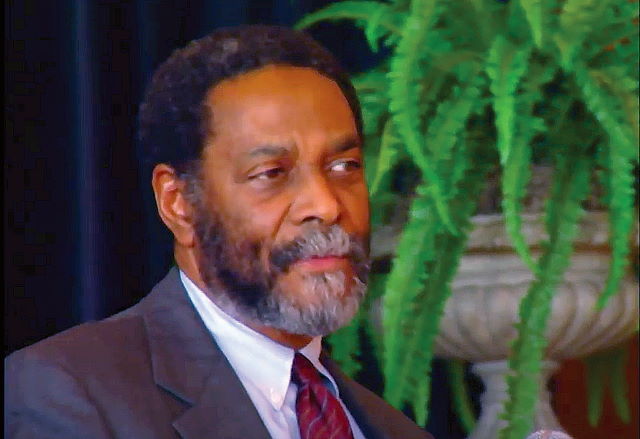 Albert Yates had led the group to create what The Blueprint referred to as a “permanent, far-reaching, progressive infrastructure that would exist year round, not just during election cycles,” and “change Colorado’s political landscape completely, and permanently.” Credit: CSU. License: https://bit.ly/3lq8Fuj.
by Ken Braun

The mailing lists and membership of the interest groups within the Roundtable formed part of the ground game. The AFL-CIO alone claimed to have provided 2,700 people from almost 200 union locals who knocked on 75,000 doors and made 200,000 phone calls to just the targeted legislative districts. (For comparison, Colorado voters across the entire state cast just over 2.1 million total votes for U.S. president that year.)

The funding from the Gang of Four and others supplemented the ground attack and provided paid media and direct mail bombardments. This led to the creation of several independent political committees to take in the Roundtable money and spend it on the targeted races—effectively the replacement for the old Democratic political infrastructure.

On the ground, one of these committees—the Coalition for a Better Colorado—took out advertisements in newspapers and developed a 750-strong army of door-to-door canvassers who were paid more than $10 per hour, worked as many hours as they desired, and were fed a meal after their shift ended. The canvassers carried digital devices to record their interactions—a relatively new campaign technology for 2004 that was rarely used in state legislative races—and the information was transferred to the coalition’s master database after each shift.

The canvassing was making critical personal contacts, a major advantage for candidates in down-ballot campaigns in which name ID is lower. But it was also building individual voter profiles to allow sophisticated follow-up contacts micro-targeted to the concerns of each voter. Coalition for a Better Colorado plowed $220,000 into this ground game from early September 2004 to early October, according to The Blueprint. Then, for the last four days before the election day, they ramped it up and poured in another $174,000.

Then there were the nasty air attacks: direct mail and broadcast media.

The Roundtable’s political committees spent $500,000 to win just one race for the Colorado Senate, bombarding the district with a mailbox and media assault that former Republican Gov. Bill Owens described as “financial atomic bombs.” The Republican candidate began in the summer of 2004 with a 53-36 percent polling lead—generally the sort of support to scare away serious challenges. But by late October the “bombs” had blasted him into a 53-38 deficit.

Alice Madden, the Democratic House leader, referred to one moderate-voting Republican state representative as “the nicest guy.” But based on a vote against a domestic violence bill, her Roundtable allies went after the “nicest guy” with direct mail portraying a woman with a blackened eye on the cover. “I mean,” said Madden, “that was pretty intense, obviously.”

Another moderate Republican state representative was hit with eight negative direct mail pieces over just 21 days in October. One compared her to a pig, with her photo and alleged bad votes on the inside, concealed behind a cover bearing the message: “No matter how you dress it up, it still stinks.” Out of 27,000 votes cast, she lost by 48.

Voters in six of the House districts won by the Roundtable were also carried by President Bush. Winning just one of them would have saved the GOP House majority.

As noted earlier, the completion of the machine’s electoral power grab occurred two years later at the November 2006 election when Democrats expanded their majorities in the legislature and captured the governor’s office.

Unlike two years earlier, the Roundtable could not easily sneak up on the Republicans. Learning from their earlier election beating, The Blueprint reported well-heeled Republican donors attempted to replicate the Roundtable’s work with independent political committees of their own. This “Trailhead Group” raised and spent $5.3 million in 2006.

But by this point Colorado’s blue machine was mature. It had dozens of nominally independent political committees, left-wing media centers, opposition research entities, and ideological non-profits working to support its hold on power. To make funding decisions for it all, Al Yates had helped the Gang of Four morph into the Colorado Democracy Alliance (CoDA), a funding committee that operated like a political venture capital firm. With that in place, Yates roped in even more wealthy left-leaning individual donors and new organizational members such as Colorado’s branch of the SEIU.

It was, according to The Blueprint, the “Roundtable on steroids.” But though its components were centrally funded, they were—at least as a legal matter—independently governed. Even as media was becoming aware of what had occurred with the Gang of Four in 2004, the fractured structure of CoDA’s parts made it hard for outside observers to figure out what was happening in 2006. The Blueprint authors wrote that reporters “never fully figured out CoDA until nearly two years after the 2006 election cycle.”

The media later learned the 2006 budget to fund all the CoDA tentacles was set at nearly $11.3 million. Just one CoDA tentacle was given an initial budget of nearly $2 million and the singular goal of attacking the GOP gubernatorial candidate.

And CoDA was ready to prove it was a true political machine by doing what machine’s must do best—slam the door closed on any potential rivals.

Unlike CoDA’s vast and difficult-to-understand network, Trailhead’s work was done by a single committee. CoDA flipped this into a vulnerability with nuisance lawsuits tying Trailhead in legal knots that slowed its campaigning and led to depositions of unhappy donors. The Blueprint reported “the pace of lawsuits was dizzying enough to make Trailhead a major story of the election cycle.”

But the Colorado Democracy Alliance had been built for more than just the 2006 success. Al Yates had led the group to create what The Blueprint referred to as a “permanent, far-reaching, progressive infrastructure that would exist year round, not just during election cycles,” and “change Colorado’s political landscape completely, and permanently.”

The decade since The Blueprint was published in 2010 shows the durability of the model.

Jared Polis is now the third consecutive Democratic governor—arguably the political boss of the machine he helped build—with Democratic majorities ruling the entire legislature. That monopoly on policymaking power hasn’t been unusual: It has existed for eight of the past 14 years. During the same era Republicans did not enjoy even a single day when they controlled more than half of the legislature.

Setbacks have occurred: Democrats have temporarily lost one or the other chamber of the legislature, but never both at the same time.

Like Tammany Hall before it, this political machine has no loyalty to any politicians, only to its membership. And it has demonstrated a perfect record of either holding all power and delivering the benefits to that membership or—failing that—preventing the rise of any rivals.

It is tempting to assume this dominance occurred because Colorado voters simply drifted left over those years, but more than a few big hints point the other way. In the November 2014 election Republican Cory Gardner defeated incumbent Democratic U.S. Sen. Mark Udall. In 2014, incumbent Democratic Gov. John Hickenlooper eked out just a 3.3 percentage point reelection win, with less than 50 percent of the total vote tally for governor. Similarly, Hillary Clinton won the state over President Donald Trump in November 2016, but with only 48 percent of Colorado voters supporting her.

Colorado is still a purple political state, not yet a blue state. But it has certainly become a machine state.