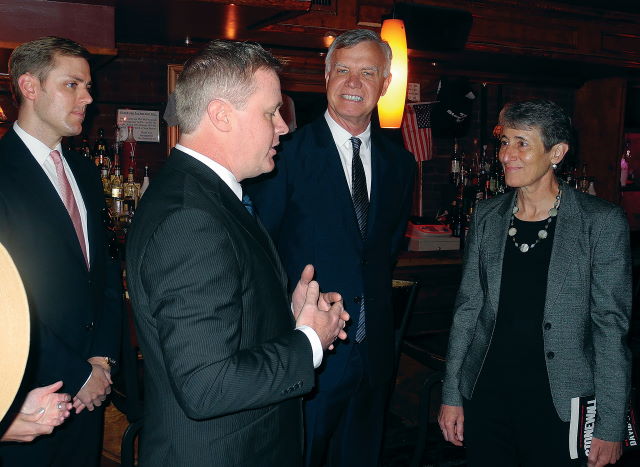 The Gang of Four

In 1958, as he was contemplating his run for the White House in 1960, then-Sen. John F. Kennedy began a speech with a self-deprecating joke about his father, one of the richest men in America. Pretending to quote a telegram just arrived from his “generous daddy,” the future president read: “Dear Jack – Don’t buy a single vote more than necessary – I’ll be damned if I am going to pay for a landslide.”

Tim Gill. Extraordinarily wealthy Americans seeking to reshape the political landscape generally keep a lower profile. That was certainly true of Tim Gill, one of the Gang of Four’s two richest members. He is the founder of Quark, a desktop publishing software firm far more famous than he is.

In December 2019 a Denver magazine ran a profile titled “Who is Tim Gill?” The author marveled at Gill’s sustained anonymity, despite his wealth and role in altering the state’s politics. Gill offered up a guess that just 1 percent of the state’s population knew who he was.

Likely fewer knew Gill in 1992, let alone that he was gay. That year more than 53 percent of Coloradans approved Amendment 2, a proposal to exclude homosexuals from the state’s anti-discrimination laws. Remembering the vote eight years later, he told The Chronicle of Philanthropy, “Nothing can compare to the psychological trauma of realizing that more than half the people in your state believe that you don’t deserve equal rights.”

Patricia “Pat” Stryker. Similar to Gill’s low profile, The Blueprint described Patricia “Pat” Stryker as someone who “could slip unobserved into a PTA meeting or join a group of soccer moms and never seem out of place.” That would be remarkable for a woman Forbes estimated to have a net worth of $2.7 billion (as of October 2020).

In 2001 she created and funded the Bohemian Foundation, a nonprofit donation vehicle. Foundation Search, a record-keeping service reporting on the nonprofit sector, shows several million dollars in donations from Bohemian to left-leaning advocacy organizations such as the Bell Policy Center, Brennan Center, and Citizens for Responsibility and Ethics in Washington (CREW).

She of one of three heirs to the Stryker medical equipment fortune. Her brother Jon Stryker, with a Forbes-estimated net worth of $4 billion in October 2020, is also a prodigious donor to left-leaning political efforts and LGBT civil rights causes. Billionaire sister Ronda Stryker rounds out what is collectively one of the wealthiest families in America.

Rutt Bridges. The third member of the Gang of Four was Rutt Bridges, a petroleum geologist. He did not have Stryker-sized money, but still said he had acquired “more money than I could spend in my life.” In 1999 he used some of it to fund the Bighorn Center for Public Policy, a Colorado think tank with the purported mission of allowing the “political middle a credible and legitimate voice in the state’s increasingly polarized landscape.” Perhaps more revealing were his federal political donations for the contemporaneous 2000 election cycle, which show a rigidly polarized $17,000 given exclusively to Democratic candidates and political committees.

Jared Polis. The highest-profile Gang of Four member was and remains Jared Polis. A serial entrepreneur in the early era of dot-com internet commerce, he was worth an estimated $174 million by the end of the 20th century ($263 million in 2020 dollars). He retired from business and loudly turned to politics. In 2000 he put $1 million into his campaign to win a seat on the Colorado Board of Education—an unpaid, part-time post. The GOP opponent raised a mere $10,000 and later joked he would have happily dropped out if Polis had just agreed to split the difference and give him $500,000. 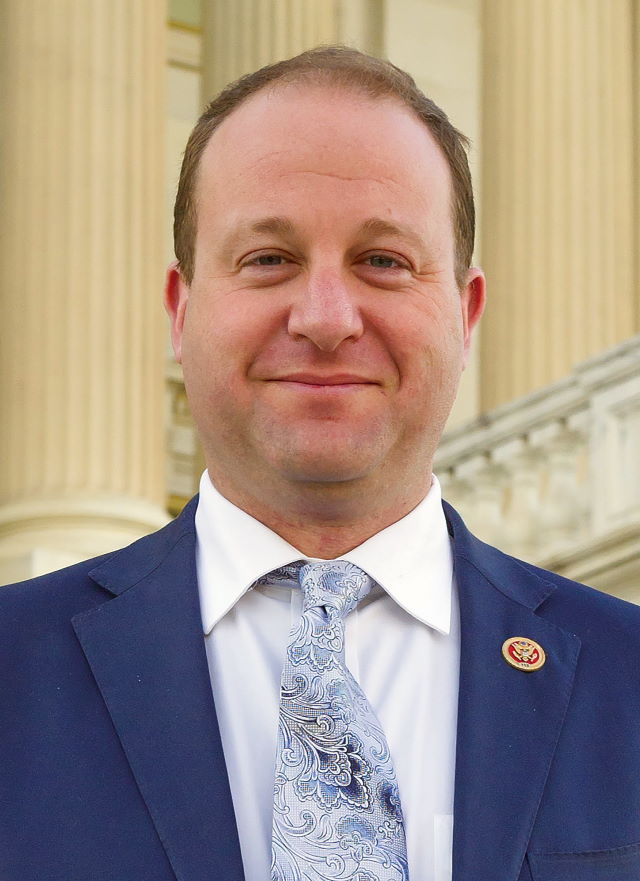 Indicative of Colorado’s red-state tilt two decades ago, Polis’s herculean 100-1 financial advantage produced a paltry winning margin of just 90 votes out of 1.6 million cast. A political career born on the lucky side of an electoral rounding error has not faltered since. In 2008 Polis won the first of five terms representing Colorado in the U.S. House. In 2018 he was elected governor of Colorado by a nearly 10 percentage point margin.

According to Time magazine, this made him the first openly gay man to become a state governor. His estimated net worth as of 2017 was $306 million ($325 million in 2020 dollars).

He will continue to get noticed for some time to come: He celebrated his 45th birthday in May 2020.

This alliance of multimillionaires coalesced shortly after Colorado voters approved Amendment 27 in 2002.

Of the many factors necessary for the creation of the Colorado machine, the impact of this referendum is hardest to exaggerate. Promoted by the left-leaning advocacy group Common Cause, the amendment to the Colorado state constitution capped the amount that a single individual could contribute each election cycle at $200 for state legislative candidates, $500 for gubernatorial candidates, and $2,500 for state political parties.

In The Blueprint, Alan Philp, former executive director of the Colorado Republican Party, states that prior to 2002 the “key group of Republican donors” was a vast collection of “medium-sized” contributors who could give in the “$1,000 to $25,000 range.”

This widely dispersed base of support placed financial power with whichever politicians could most effectively raise and thereafter control political money. Before 2002 the politicians—not their donors—had the most prominent influence over which candidates and races received support and how campaigns were run.

Politicians, like politicians everywhere, played the political game to advance their own careers. Whatever criticisms might be made of this arrangement, it was not a political machine.

It was also not going to last.

According to The Blueprint, Amendment 27 sharply shifted this power to individuals and institutions with far larger stashes of money. After it passed, according to Philp, “the only people who could make a big difference were super-rich donors—those who can give $100,000 or more to outside groups—and labor unions, who got special loopholes under the new rules.”

It was a wide-open invitation for the Gang of Four and their Roundtable. “Common Cause knew exactly what they were doing,” said Philp, in The Blueprint. He argued that restricting the direct flow of money to politicians from those many medium-sized donors was a deliberate attempt to financially kneecap Republicans and give a “systematic advantage to Democrats.”

Amendment 27 did not merely make the creation of a political machine more likely. It might have made it so inevitable that one was created, in part, by accident. The Blueprint reveals the Roundtable members who built the Colorado machine did not fully understand at the outset what they were starting:

“We really didn’t truly know how big this would become,” said Polis. “Clearly, when we started, we had no idea. I didn’t know this would have great historical significance, nor did anybody there, that we would transform Colorado. ‘Let’s get together and maybe we can flip the State Senate,’ that’s what we were thinking.”

In the next installment of “Colorado’s Big Blue Political Machine,” learn how the cultural wars sparked the left-wing backlash.