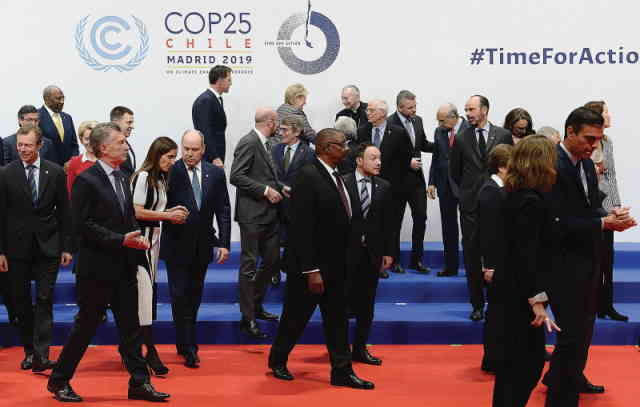 The very day after this year’s U.S. elections, President Donald Trump’s decision to withdraw from the U.N.’s Paris Climate Agreement will become official. Former Vice President Joe Biden has vowed to rejoin the agreement if elected president. But if Trump has his druthers, the U.S. will remain free and independent of what are effectively international anti-emissions regulations. China is officially part of the agreement, but like all good communists, Beijing government figures only feign support for the agreements that they have signed, while not following through on their stated commitments to the U.N.

Results from Freedom of Information Act (FOIA) requests show China made shrewd use of environmental advocacy groups that lobbied the Obama State Department to join the Paris Agreement. The agreement would have constrained and restricted U.S. energy use—and the American military and economic power that energy use makes possible. Meanwhile, China would be completely unfettered to pursue its geopolitical ambitions. How did we arrive at this point?

For starters, Team Obama found a way to bypass the U.S. Senate and join the agreement through executive action. This should be an issue in the 2020 campaign, especially since Biden was a key part of the previous administration. The Paris Agreement is a treaty for all intents and purposes. A new FOIA request has been filed to break loose critical pieces of information from the State Department that could provide additional insight into how the Obama administration sidestepped the U.S. Constitution along the way toward genuflecting before the U.N. and China.

Here’s another question: Shouldn’t environmental advocacy groups register as foreign agents if they are lobbying on behalf of foreign agents? The law says they do. Whether or not they are foreign agents, there’s no denying that the largest, most politically powerful environmental groups are advancing policies that are advantageous to communist China and harmful to U.S. interests—and human freedom.

Here’s a little exercise for anyone interested in learning more about how the news media and various green activists give cover to the communist government in Beijing.

First, search for a well-funded, environmental advocacy group with international reach that has been critical of China.

The second part is more challenging. One way is to search the groups’ Twitter feeds for “China” and “environment” and any related environmental terms such as “pollution.”

Now search their Facebook posts, press releases, and other public statements. Nothing? That’s a little strange isn’t it?

By any reasonable metric, China has a horrendous environmental record. The country is beset with soil contamination, industrial pollution, water pollution, and air pollution. For example, the Wikipedia entry on “Pollution in China” details just some of these issues and references articles and reports that were published prior to when the COVID-19 pandemic began to spread from Wuhan, China, late last year.

Anyone from President Trump on down who calls a spade a spade and describes the contagious respiratory infection as the “Chinese Virus” is open to accusations of racism in news reports and White House media events. Suddenly, China is able to escape criticism and scrutiny for its actions that are detrimental to human health and the environment. That’s not to say the U.S. media is deliberately carrying the water for Beijing, but its reporting and its fixation on race certainly align with China’s public relations agenda. This is part of a continuum.

China was celebrated and feted as a world leader during the most recent meetings of the United Nations Climate Change Conference. A Bloomberg report previewing the latest U.N. conference in Madrid, Spain, last December nicely captures the sly pivot that advances China’s geopolitical agenda. Although Bloomberg acknowledges China is the “world’s biggest polluter,” the Beijing government is credited for its role as “the biggest renewable energy investor.”

Because China plays ball with the U.N., it also earns the right “to blame America first” for any environmental damage while avoiding any serious scrutiny of its own military operations and industrial practices.

The Natural Resources Defense Council, for instance, takes an active role in U.N. international climate summits and could certainly use an international forum to highlight instances where China’s footprint is problematic for clean, air, food, and water.

When last year’s climate summit wrapped up in Madrid, the NRDC needled “world leaders” for not doing enough to combat climate change and to curtail pollution. This was an ample opening to take aim at China’s large-scale projects in which massive carbon emissions are in play, land areas are reshaped, and marine habitats put at risk.

For example, China’s island building in the South China Sea has laid waste to coral reefs and other sensitive ecological features in the region. The U.S.-China Economic and Security Review Commission goes into great detail about the damage done to marine environments and the implications for international law. Here’s a summary of the commission’s report:

From December 2013 to October 2015, China built artificial islands with a total area of close to 3,000 acres on seven coral reefs it occupies in the Spratly Islands in the southern part of the South China Sea. Although dredging, land reclamation, and the building of artificial islands are not unique to China, the scale and speed of China’s activities, the biodiversity of the area, and the significance of the Spratly Islands to the ecology of the region make China’s actions of particular concern. In addition to damage to the reefs, China’s island building activities have negatively impacted fisheries in the immediate area of the reclamation sites, and could negatively impact the health of fisheries in the coastal areas of the South China Sea. The building of these artificial islands will almost certainly lead to increased Chinese fishing in the surrounding waters, which could raise the risk of a clash between Chinese fishing boats and those of other claimant countries. Moreover, China’s island building activities may have violated some of its environmental commitments under international law; the ongoing case initiated by the Philippines at the Permanent Court of Arbitration in The Hague regarding China’s claims and activities in the South China Sea is considering this possibility.”

The NRDC has remained silent.

Tom Shepstone who operates the Natural Gas Now blog out of Honesdale, Pennsylvania, has some insight into why. Shepstone describes a certain relationship between the NRDC and the Beijing regime in a blog entry.

Apparently, the “NRDC collaborates with Chinese government entities that are deeply involved in Chinese efforts to assert sovereignty over the South China Sea in contravention of international law,” Shepstone observes. So, there’s no speaking out against China’s island building. What is the connection? They are mostly financial.

The NRDC is, essentially, a Rockefeller enterprise. It was founded by John Adams, a bat boy for the family team, who continues to be affiliated with the organization as well as its Open Space Institute and Catskill Mountainkeeper spinoffs, the latter being a plaything for his son Ramsay and the former being headed by Rockefeller descendant Kim Elliman. Larry Rockefeller, Jr. is also involved, of course, and the family as a whole funds numerous other fractivist enterprises who collaborate with the NRDC gang. The NRDC does absolutely nothing that is not wholly aligned with the Rockefeller family agenda. They’re family, after all.

Adams is a founding director of the NRDC, former federal prosecutor, and Wall Street attorney. He has served executive director and president for the group.

The China connection is through Steven C. Rockefeller, chairman and CEO of Rose Rock Capital, a family-owned holding company that is devoted to fund management and real estate development in China. The company is primarily focused on development with an outfit called Tianjin Innovative Finance Company Ltd., which is part of the Yujiapu Financial District in Tianjin’s special economic zone. That’s just a small part of the whole story. What Shepstone is saying is that to find out why a self-described environmental activist is reticent to criticize China’s environmental record, “follow the money.”

Meanwhile the NRDC maintains a palacious office in Beijing where it celebrates “sustainable workplace practices” and “maintains the highest green building principles.”

In the next installment of “China’s Green Offensive,” see how the Obama Administration accepted legal advice an environmental group collaborating with China.