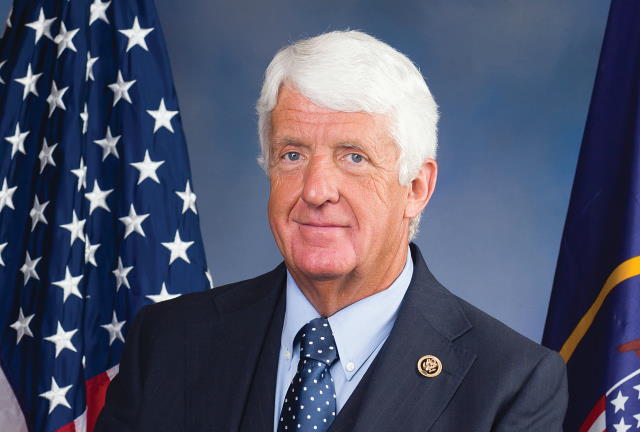 The Justice Department certainly has plenty to go on thanks to the heavy lifting of Rep. Rob Bishop (R-UT), former chairman of the House Committee on Natural Resources. Bishop, and his House colleagues, sent a series of letters to the NRDC, WRI, the Center for Biological Diversity, and Earthjustice asking the environmental advocacy groups if they were in compliance with the Foreign Agents Registration Act (FARA). Credit: U.S. Congress. License: Public domain.
by Kevin Mooney

Since the Paris Agreement has become a major issue in the 2020 election, now is a good time to “flush out” and “revisit” some of the “major takeaways” from the FOIA results, said Thomas Pyle, president of the Institute for Energy Research. The fact that Biden served as vice president for the administration that worked in partnership with green activists to advance Chinese interests should be an issue in the campaign, Pyle suggests. He criticizes both WRI and the NRDC for “providing cover” for China to “feign compliance” with U.N. climate agreement obligations while ensuring that the U.S. is constrained and limited in its energy use.

“We still need to get to the bottom of how the Obama-Biden State Department was complicit in these efforts to advance Chinese interests at odds with American interests,” Pyle said. “Going forward, we need to ensure that U.S. policymakers implement energy policies in line with our own interests and not those of our strategic competitors and adversaries. That’s a big part of what this election is about.”

Certainly, the public deserves to know whether the Obama administration followed the proper legal procedure before joining the Paris Agreement. That’s why Government Accountability and Oversight filed a new FOIA lawsuit against the State Department this past November on behalf of Energy Policy Advocates, a nonprofit group based in Washington State that advocates on behalf of transparency in government.

The suit seeks the Obama State Department’s Circular 175 memo that government officials used to advise the Obama White House that it could claim the Paris Agreement was not a treaty. How much of an opportunity the public will have to digest the Obama administration’s legal reasoning is an open question. But the fact that Trump’s withdrawal from the treaty becomes official the day after the presidential election and Biden has vowed to rejoin the international climate change agreement if he wins certainly speak to the need for greater transparency and disclosure by the executive branch.

The Department of Justice is in an ideal position to ask some hard questions of environmental advocacy groups that appear to be operating as foreign agents. But it’s not clear what the federal government’s attorneys are doing to enforce the existing law, which requires individuals and groups to disclose their relationships with foreign governments. The Justice Department certainly has plenty to go on thanks to the heavy lifting of Rep. Rob Bishop (R-UT), former chairman of the House Committee on Natural Resources.

Beginning in June 2018, Bishop, and his House colleagues, sent a series of letters to the NRDC, WRI, the Center for Biological Diversity, and Earthjustice asking the environmental advocacy groups if they were in compliance with the Foreign Agents Registration Act (FARA), which “requires certain agents of foreign principals who are engaged in political activities or other activities specified under the statute to make periodic public disclosure of their relationship with the foreign principal, as well as activities, receipts and disbursements in support of those activities.”

With the exception of Earthjustice, all the groups have denied operating as foreign agents. Earthjustice registered under FARA in September 2019 after receiving the letters and inquiries from Bishop’s committee.

Bishop’s first letter to the NRDC dated June 5, 2018, and addressed to Suh, the NRDC president, goes into detail about legal actions and advocacy campaigns the group has taken that suggest the NRDC may not be in compliance with FARA. The letters to the other environmental organizations raise similar questions and use similar language. The letter is co-signed by Bruce Westerman (R-AR), who was chairman of the Subcommitte on Oversight and Investigations at the time.

Chinese officials “work to control environmental information and news stories in an effort to counter the country’s status as the world’s largest polluter,” the House committee letter explains. The “severe pollution” tied to China’s state-owned companies has motivated government and Communist Party officials to “cultivate an image” that counteracts the reality of China’s environmental record.

The Committee is concerned about the NRDC’s role in aiding China’s perception management efforts with respect to pollution control and its international standing on environmental issues in ways that may be detrimental to the United States. The NRDC’s relationship with China has many of the criteria identified by U.S. intelligence agencies and law enforcement as putting an entity at risk of being influenced or coerced by foreign interests. The NRDC’s involvement in China spans two decades and represents a significant investment of time and resources. The NRDC’s ability to work in China is dependent on the goodwill of the Chinese government. The NRDC leadership regularly meets with senior Chinese and Communist Party officials.

The letter goes on to say that “the NRDC appears to practice self-censorship” and “generally refrains from criticizing Chinese officials.” The letter also makes the point that the NRDC has never criticized or even mentioned China’s “illegal and environmentally destructive island reclamation campaign. . . . Of note, the NRDC collaborates with Chinese government entities” that are working to “assert authority over the South China Sea in contravention of international law.”

The correspondence from the House Republicans highlights litigation from the NRDC aimed at constraining U.S. Naval exercises. The NRDC has filed several suits under the National Environmental Policy Act (NEPA) that claim U.S. Navy sonar and anti-submarine drills are harmful to marine life. One case, which the Navy ultimately won, went all the to the U.S. Supreme Court.

“We are unaware of the NRDC having made similar efforts to curtain naval exercises by Chinese People’s Liberation Army Navy,” Bishop and Westerman noted.

Then there’s the Paris Agreement. The NRDC “sought to shape public opinion” by working to “discredit those skeptical of China’s commitment to pollution reduction targets,” according to the letter.

Bishop and Westerman conclude the letter by asking for the NRDC to provide documentation showing that is registered under FARA or to explain why it is not. The NRDC settled on providing an explanation. With the Democrats now holding a majority in the House, the NRDC and other green activists can reasonably expect to avoid further congressional scrutiny.

But the work by Bishop, Westerman, and others opens the door for the Department of Justice to start its own probe. Moreover, the congressional investigations helped to shape the FOIA requests from IER, which exposed the relationship among Obama State Department officials, green activists, and Chinese operatives.

In the next installment of “China’s Green Offensive,” survey the legal battle lines in the courts.