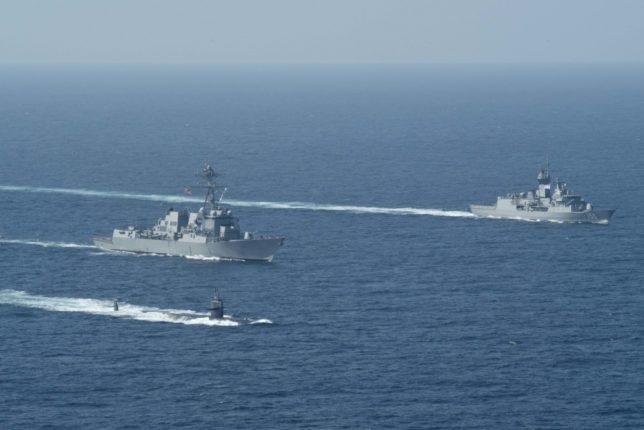 The Future of Green Lawfare

In September, the U.S. District Court for the District of Columbia denied a motion for preliminary injunction from Government Accountability and Oversight “to compel the State Department to release three Obama-era records relating to the Paris climate agreement in time for the voters to assess the propriety of the Obama/Biden backdoor ‘pen and phone’ means of purportedly ratifying Paris.” Horner added:

In response to EPA’s motion for an emergency injunction, this State Department dismissed the importance of allowing the public to learn about these unprecedented machinations before making a choice that both candidates say should be influenced by their respective positions on the Paris treaty.”

But all is not lost. The judge in the case called on the State Department to produce the Obama-era documents by the FOIA’s requested deadline of October 15. Theoretically, that would give voters sufficient time to digest the information before Election Day.

In addition, the Trump administration’s reforms of the NEPA Act could potentially streamline the permitting process for building projects and close off avenues for incessant green litigation. James Coleman, associate professor with the Southern Methodist University Dedman School of Law in Dallas, is generally supportive of the reforms the Trump administration has made to NEPA and sees benefits attached to “clarifications” the administration made in its final rule, as stated in an interview with this author.

“There has been such a huge body of cases that has built up around the National Environmental Policy Act and often the cases conflict with one another,” he said in an interview.

In fact, the cases are often described as kind of a morass and these reforms cuts through this and say what the statutory terms mean and how they should be applied. I think going back to the Supreme Court standard is wise. There have been all sorts of discussions about direct impacts versus indirect impacts versus cumulative impacts and these are terms that do not have meanings apart from NEPA.

In a pure logical sense, this doesn’t make sense because if you have to consider direct and indirect impacts what does this really mean other than you just have to consider impacts, right? I do think it is a big improvement here to have a clear statement of what the causation standard [for environmental review] is.

Coleman also made the point that the NEPA reforms have advantages that transcend party politics.

“I think it’s important to understand that this isn’t just an issue for the Trump administration,” he said. “It is now the case with these NEPA reviews, if you do a full review it takes more than five years. So, former Vice President Biden has all these plans of what he wants to do during his first time in office. Well nothing will get built in that first term if this environmental review hasn’t already been done. So, there’s an important issue here shared across both parties for more clarity in terms of what should be considered for an environmental review. Right now, it takes more than one presidential term to do one of these environmental impact statements.”

While the reforms will help to clear up areas of ambiguity that lead to more litigation, Coleman would also like to see Congress enter the fray with legislation that would allow for NEPA cases to be centralized in the Court of Appeals for the District of Columbia Circuit.

About half of the NEPA challenges are filed in the 9th Circuit, which covers much of the Western states, including California and the 9th Circuit has at times developed a reputation for not following Supreme Court decisions very carefully and being an outlier in its jurisprudence. I think people would feel better about these decisions being a little more balanced if they came out of the D.C. Circuit.”

Winter v. Natural Resources Defense Council is a prominent example of the Ninth Circuit appearing to go a bit sideways in its jurisprudence. In this case, the NRDC lawsuit seemed to suggest that only the U.S. Navy could cause harm to marine life and the marine habitat while omitting any mention of the Chinese navy’s environmental impact.

Chief Justice John Roberts authored the majority opinion in the 5-4 decision in which the Court held that the standard for granting a preliminary injunction against the U.S. Navy is not based on the “possibility” of irreparable harm to marine life, but instead on demonstrating that “irreparable injury is likely” without the injunction. The majority of justices also saw that the public interest in continued U.S. Navy operations superseded speculative, theoretical claims made about potential environmental impacts.

Whether or not the NRDC views itself as a foreign agent or simply driven by green ideology, there is little doubt about which country would have benefited if NRDC’s lawsuit against the U.S. Navy had prevailed in the highest court in the land.