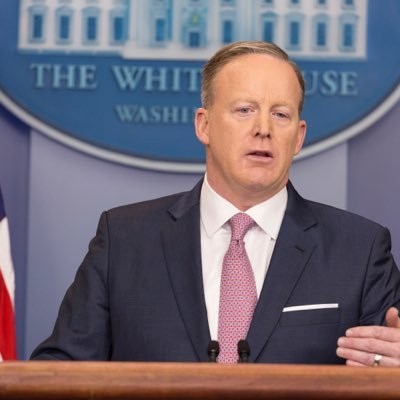 After the rough election they had in 2016, it was hardly surprising that 200 left wing activists were persuaded to come to deep-blue Massachusetts for two days in early March 2018 to plot political retribution. But what should be surprising, and more than a lot disturbing, is who sponsored and promoted the revenge training: the taxpayers of Massachusetts, by way of the leadership at the Labor Center at the University of Massachusetts-Amherst.

This was no isolated example of political training masked as a scholarly concern. Big Labor bosses have quietly weaponized American academia to do their political training for them. Many of the dozens of labor studies centers at universities across the nation engage in similar behavior.

The political edge on the March 2018 UMass-Amherst Labor Center event was sharp. Named “Labor in the Age of Trump: Fighting the Right Wing Agenda,” there were presentations with subject headings such as “Organizing the Fight-Back,” “Fighting Back in a Right-to-Work State,” and “Fighting and Defeating the Charter School Agenda.” Just in case the “fighting” words didn’t clearly mark it as a political strategy session, one of the UMass-Amherst web pages (this one for the supposedly scholarly institution’s “Resistance Studies Initiative”) advised prospective attendees they would be there to “map out how to respond.”

An otherwise preposterous counterfactual must be raised. Suppose Hillary Clinton had won the 2016 election. And then imagine that as a way to “map out how to respond,” some public university in Oklahoma rallied the “resistance” by hosting a two-day event titled “Taxpayers in the Age of Clinton: Fighting the Socialist Agenda,” with presentations on subjects such as “Breaking the Power of Public Employee Unions.”

Even granting the laughable assumption that a politically cohesive cabal of right-of-center instructors might exist within any department of any public university anywhere in the United States, it’s hard not to imagine the storm of outrage that a fiercely partisan, anti-Clinton event would trigger from the left and the mainstream media.

That outrage would be justified. Academia is supposed to provide research and teaching about labor unions, corporations, conservatives, liberals, Christians, Jews, Muslims, atheists and so forth. But it’s not supposed to be officially putting the school’s thumb on the scale promoting or opposing any of those causes, particularly when it’s a public school.

One part of that legitimate academic mission occurs when universities invite clearly political persons or groups to speak on campus and provide their perspective. While individual Americans obviously have the right to organize and peacefully demonstrate against those speakers, a public university and its academic subsidiaries are supposed to be a neutral host, providing the forum, but neither endorsing nor opposing the message. For example, Hillary Clinton has repeatedly visited the University of Michigan for speaking events since the 2016 election.

Sean Spicer represents a white nationalist vision of America and the world that we reject. The UMass Labor Center offers an alternative vision of solidarity that sees the struggle for economic justice as inseparable from the fight for racial justice and gender equity. We will demonstrate our displeasure with Mr. Spicer tomorrow, but we do that every day.

The Labor Center will continue to educate and place a new generation of progressive union activists throughout the labor movement. That is what we do. And in the end building a mass movement is the only way to defeat those who seek to divide us in their thirst for power.

Whatever may be the standard of academic rigor at these programs, it competes fiercely with the goal of boosting the left-leaning power of Big Labor. A page on the United Auto Workers (UAW) website shows another example:

You learn a lot about unions by being a member. But did you know you can take a deep dive into learning by attending university classes about unionism? Wayne State University’s Labor School in Detroit offers certificates and advanced degrees in labor studies, and employment and labor relations—for union members and anyone who wants to make positive changes for working families. No grades and no exams, either [emphasis added].

In the next installment of Big Labor’s Academies, read why Wayne State took down its labor studies website.