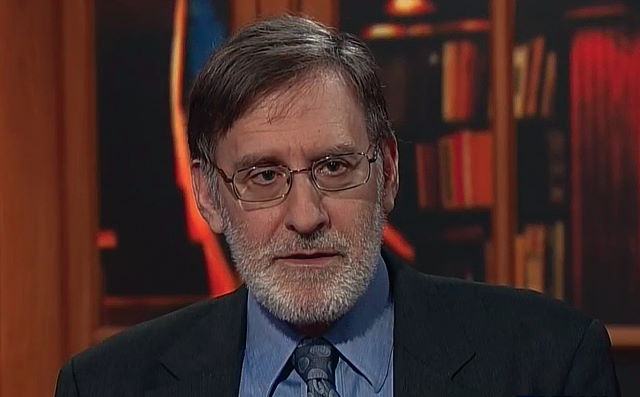 Michael Podhorzer, who is assistant to the president for strategic research at the AFL-CIO, has served as one of Catalist’s co-chairs. Credit: Newsmakers. License: https://bit.ly/32faS6X.
by Robert Stilson

The Democracy Alliance functions largely to channel contributions pledged by its well-heeled partners to left-of-center organizations that the alliance has recommended. It has been characterized as “a kind of progressive investment marketplace.”[1] In addition to yearly dues, individual partners are reportedly expected to commit at least $200,000 per year to such groups, while institutional partners (like unions) are required to commit at least $1 million.[2] According to documents obtained by the Washington Free Beacon in 2019, partners have collectively steered as much as $1.83 billion into liberal causes since the alliance’s founding in 2005.[3]

The opportunity for union-backed activist groups to gain access to serious left-of-center capital has been given as a primary motivator behind labor’s involvement with the Democracy Alliance. Materials reviewed by Politico in 2015 reportedly demonstrated how “labor leaders have invested considerable time and union cash to secure preferential treatment from the preeminent club of major liberal funders, the Democracy Alliance.” They also evidenced “labor’s efforts to identify rich donors who could pump money into union-linked nonprofits.”[4]

A perusal of the portfolio of organizations recommended by the Democracy Alliance provides some clear examples. As of September 2021, the alliance’s website listed 30 recommended groups that it considered to be “high-impact, progressive organizations that generate bold policy ideas, drive progressive messages, organize key constituencies, and support the next generation of leaders.”[5] While most of these organizations are tied to the labor movement in some manner, a few are particularly closely linked:

It’s not possible to know exactly how much revenue these groups derive each year by virtue of their status as Alliance-recommended organizations. The Democracy Alliance is structured as a “taxable nonprofit” and thus does not file yearly disclosures with the IRS.[20] Even if it did, those disclosures would likely not be particularly informative because partners mostly contribute to recommended organizations directly, rather than through the Democracy Alliance itself.[21] Still, it’s safe to say that Big Labor’s ideological and policy priorities are well served and well funded through the alliance’s efforts.

In the next installment, the leadership of the Democracy Alliance includes many current or former union personnel.

[17] American Federation of Labor and Congress of Industrial Organizations, Return of Organization Exempt from Income Tax (Form 990), Schedule I, 2019.