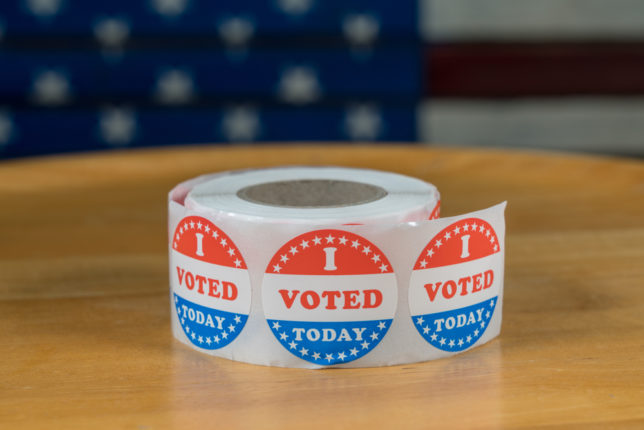 Part of a developing series on the Electronic Registration Information Center:
ERIC’s Friends on the Left | ERIC, the Left’s Taxpayer-Funded Voter Registration Machine

The Electronic Registration Information Center (ERIC) is under fire for illegally sharing sensitive voter data with at least one partisan nonprofit, according to lawsuits filed by the Thomas More Society against elections departments in Pennsylvania, Michigan, Wisconsin, and Minnesota.

While the lawsuits vary in their details, they all allege violations of the Help America Vote Act (HAVA), legislation from 2002 requiring states to maintain accurate statewide lists of registered and unregistered voters. HAVA does not authorize states to share this registration data with third-party organizations such as ERIC—effectively outsourcing its responsibilities to a private organization—since it is protected by federal law. Thomas More Society’s lawsuits aim to end the practice. 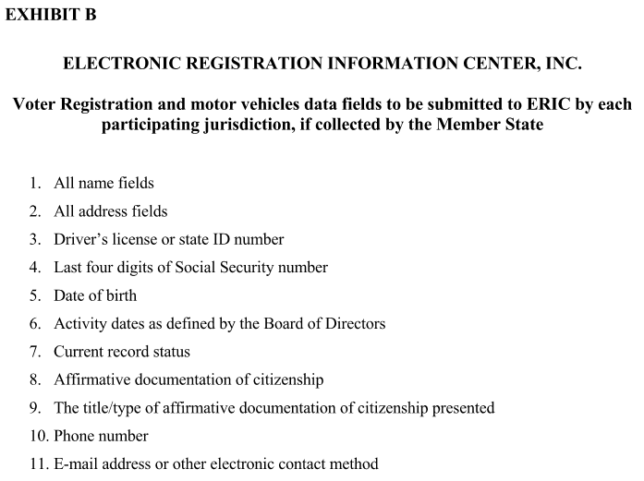 More disturbing still is its practice of sharing voter registration data acquired through these agreements with the Center for Election Innovation and Research (CEIR), infamous for distributing $70 million from Mark Zuckerberg in 2020 to pump up Democratic turnout in that year’s election. CEIR pumped over $13 million into Pennsylvania alone in 2020, according to a grant agreement included in the Pennsylvania lawsuit. 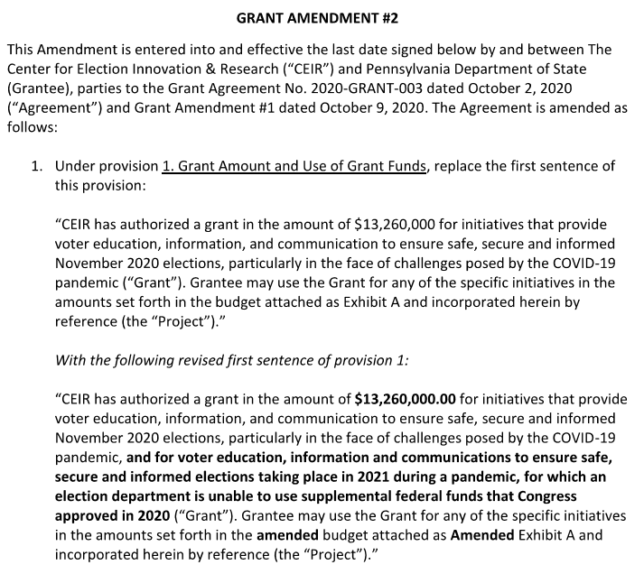 ERIC and CEIR share a common founder: David Becker, a former People for the American Way activist and Justice Department lawyer with an anti-Republican axe to grind. Former Justice Department colleagues describe Becker as a “hardcore leftist” who “couldn’t stand conservatives.” Becker founded ERIC in 2012 as a project of the left-leaning Pew Charitable Trusts and persuaded roughly two dozen states to join the compact before leaving in 2016 to found CEIR. He remains a nonvoting member of ERIC’s board.

It is unclear how CEIR has taken advantage of the voter registration data piped in from ERIC. What is clear is the data’s incredible value—a near-perfect universe of current and potential voters in 32 states representing some 60 percent of the country’s population. And there’s no shortage of organizations who would put it to partisan use.

I have documented the left’s powerful interest in transforming the American electorate through well-funded, highly coordinated registration drives. The initiative is called the New American Majority, defined by the partisan Voter Participation Center as “young people, people of color and unmarried women”—translation: likely Democratic voters—and considered “crucial to victory” by the Democratic turnout group Mind the Gap.

The top 24 “progressive” voter registration nonprofits spent $434 million in 2020 alone. Much of their funding came from tax-exempt foundations barred from election work, including Pierre Omidyar’s Democracy Fund and the Ford Foundation.

This army of professional activists has a friend in President Biden, who in 2021 ordered federal agencies to begin “expand[ing] access to voter registration” during regular business services—registering college students applying for federal loans, Native Americans seeking attention at Indian Health Services, and so forth. In the lead-up to the 2022 midterm elections, the Biden administration’s Education Department darkly reminded universities that they must engage in voter registration campaigns or risk losing access to federal student aid grants. Helpfully, they could divert federal work funds meant to encourage part-time campus gigs to pay students to register their peers.

Groups like ERIC represent the transition from private- to government-funded registration campaigns. But that is just the start. The left is gunning for automatic voter registration, which would make “citizen” synonymous with “registered voter” and free up hundreds of millions of dollars for getting out the vote each election cycle.

Conservatives and election integrity groups are starting to catch on. Louisiana—one of the first states to join ERIC in 2014—withdrew from the compact earlier this year, citing “concerns raised by citizens, government watchdog organizations and media reports about potential questionable funding sources and that possibly partisan actors may have access to ERIC network data for political purposes.” And Alabama’s newly elected secretary of state, Wes Allen, made withdrawing from ERIC a 2022 campaign promise—one he’s already made good on, with the state set to leave in January 2023.

The momentum is shifting against ERIC and its allies. It is no longer a question of if, but which state will leave next.

This article originally appeared in the American Conservative on December 13, 2022.