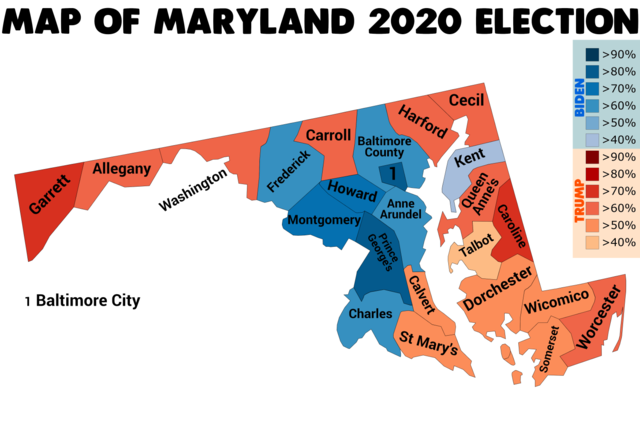 “Dark money” from a shadowy nonprofit organization fueled Maryland’s taxpayer-funded get-out-the-vote operation to boost Democrats in the 2020 election, further proof that the Left wants to blur the line between Big Government and the interests of coastal “progressives.”

According to a newly obtained report from a Democratic consultancy to the Maryland board of elections, the state ran a nearly $2 million campaign to register and turn out Democratic-leaning constituencies in Baltimore and the counties bordering Washington, D.C.

Nearly one-third of that money came from the Mark Zuckerberg-funded Center for Election Innovation and Research, which used nearly $70 million from the Facebook founder and liberal billionaire to effectively privatize the 2020 election in many states.

Although CEIR presents itself as nonpartisan, the group was founded by David Becker, a former Justice Department lawyer and senior activist for the left-wing group People for the American Way.

PFAW has led campaigns to block the confirmation of Republican-appointed judges to the Supreme Court, including Brett Kavanaugh and Amy Coney Barrett, which is probably why the ostensibly nonpartisan Becker doesn’t include his time with the group in his LinkedIn profile.

CEIR and its close ally, the Zuckerberg-funded Center for Tech and Civic Life — which gave $6 million to Maryland counties in 2020 — were instrumental in making 2020 the country’s first mail-in election, thanks to help from last-minute election law changes by Democratic secretaries of state and pressure from activist groups such as the National Vote At Home Institute.

The result: a perfect storm that dangerously compromised election security and put Joe Biden in the White House.

CEIR shifted tens of millions of dollars to election officials in 23 states for “urgent voter education assistance” promoting mail-in ballots, including the battlegrounds of North Carolina, Arizona, Georgia, and Pennsylvania. In Michigan, CEIR didn’t send a grant to the state’s top election official, the controversial Jocelyn Benson. Instead it sent cash straight to an activist nonprofit group she founded, which used it to hire two Democratic public relations firms for supposedly “nonpartisan voter education.”

If you live in Maryland, CEIR’s money and your tax dollars paid for TV ads (some in Spanish) pushing early voting and mail-in ballots in left-wing strongholds in the 2020 election. The state even paid for messages urging Marylanders who didn’t vote in 2018 to “update, verify, or complete their voter registration” for 2020.

That money also paid for “voter registration and ballot request forms [to] eligible voters in detention centers” with help from the NAACP, which euphemistically refers to the incarcerated as the “justice-involved population.”

That particular campaign was aided by the radical group Out For Justice, which brags about its “Expand the Vote, Expand the Ballot” lobbying campaign targeting the incarcerated and whose founder has spoken about defunding the police.

Democrats also owe much to Big Philanthropy for their 2020 victory. After all, Zuckerberg’s $70 million grant was passed through the Silicon Valley Community Foundation, a multibillion-dollar nonprofit group created to aid charitable causes in the greater San Francisco Bay Area but which now serves as a private conduit for a handful of lefty billionaires to fund politics.

Past generations understood there must be a dividing line between public officials and private groups if we’re to preserve the sanctity of elections. No individual, whatever his beliefs, should have control over the government agencies responsible for administering our elections.

But today’s leftists abandoned that principle in their rush to topple former President Donald Trump. Now the same set of radicals who once cried “eat the rich” and “abolish billionaires” have embraced a billionaire’s efforts to privatize elections. Mark Zuckerberg should never be allowed to threaten America’s elections again.

This article originally appeared in the Washington Examiner on January 5, 2022.