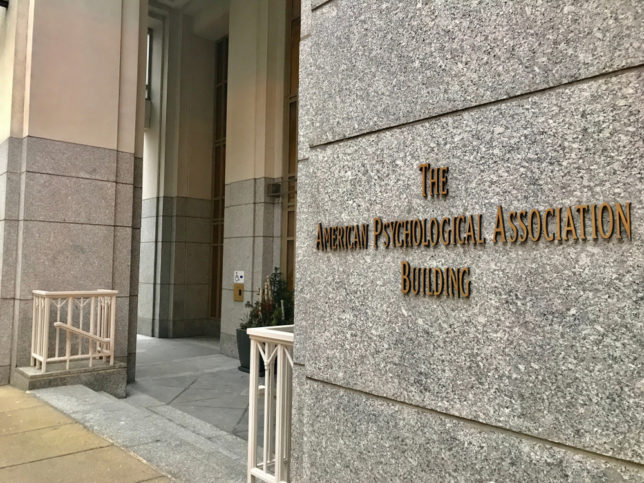 Mental health has been a buzzing topic for the past several years and rightfully so. Americans are experiencing high rates of anxiety and depression, particularly due to the COVID-19 pandemic. But wokeism has started leaching into the mental health professions, blurring the lines between treating people and enabling them. We have used the term “woke” so much that we seem to forget that it is another critical theory like critical race theory.

In fact, the culture of woke in academia is referred to as the Critical Social Justice Theory (CSJT). CSJT adherents seek to identify an enemy and project their own intolerance and guilt onto the enemy. Most of these CSJT adherents are members of the demographic that they are against, which is generally the rich, white elite. They justify themselves as being allies of the oppressed and often speak in a self-deprecating manner to show they are “woke” and striving to be less like the oppressor class. This mentality and the activism it has spawned have created a class of mental health practitioners who are more interested in “social justification” of maladaptive behaviors than actual social justice.

Founded in 1892, the American Psychological Association (APA) quickly aligned itself with left-of-center ideologies and solidified that alignment by electing John Dewey, a self-described “democratic-socialist,” as its president in 1899. Dewey vehemently opposed the concept of individualism. Through the years the APA has supported left-wing policies like Lyndon Johnson’s Great Society. APA joined forces with state governments to form the Association of Provincial Psychology Boards. Through these efforts, the Great Society funded psychological research through the Project Head Start.

Further, the APA has pushed the idea that current scientific or counseling practices do not encompass the whole truth because they were created and are perpetuated by old white men. Therefore, these practices are “dominated by white supremacy.” The APA has been very involved in pushing the doctrine of diversity, equity, and inclusion (DEI). As of June 2021, the APA claimed that schools are a critical setting for teaching about race and racism and that “U.S. history is structured to uphold racial differences.” In 2020, APA President Sandra Shullman said that “racism is inherent in scientific approaches” and that the United States was also living through a “racism pandemic.” In a 2018 report , the APA pushed the idea that “white, Christian, male, and middle class” citizens are examples of white privilege. The report also argued that parenting programs originate from white middle-class values and do not recognize cultural approaches to child-rearing. APA also operates the children’s book press Magination Press, which publishes books that support the LGBTQ+ movement, perceptions of police brutality, and other left-wing ideologies.

Much of what the APA does bleeds into other organizations. The American School Counselors Association (ASCA) developed a set of standards for counseling K–12 students on the issues of diversity, same-sex marriage, and social engineering without the parents’ knowledge or consent. Alabama legislators recently filed a bill to prohibit schools from using the ASCA standards as part of Alabama schools counseling standards. It doesn’t stop there, though.

Meanwhile, a teacher in Austin, Texas, claimed that 20 of her 32 fourth graders had come out to her as LGBTQIA and that a Wellness Walk her school hosted was not good enough because it wasn’t referred to as a “Pride Parade.” Similarly, on the other side of the Atlantic, the United Kingdom National Health Service claimed as of 2018 to see a 4,000 percent spike in young children requesting gender service referrals.

Then there are professors like Dr. Allyn Walker at Old Dominion University. Walker is a trans individual who studies minor-attracted people (MAPs)—that is, people who are pedophiles. Dr. Walker’s mission is to destigmatize pedophilia by referring to pedophiles as minor-attracted people. He believes that one can be a MAP and not act on his or her feelings so that doesn’t make them an actual sex offender. Walker and nonprofits like B4U-Act claim to provide resources for MAPs and to help them deal with their urges. However, when one reads their words, it seems obvious that they are working to normalize pedophilia.

There seems to be a disconnect in the mental health field about how to treat certain populations versus other people who have very similar, if not the same, mental health disorders. For instance, a person suffering from Body Integrity Identity Disorder (BIID) or Body Integrity Disorder (BID) experiences a disconnect between their physical appearance and their ideal body image. Many BID sufferers often go to incredible extents to create synergy with their perceived body and their actual body. Elective amputation of limbs and appendages is prohibited through medical ethics, but BID sufferers often try to self-mutilate by removing a healthy limb or appendage, even requesting a doctor or surgeon to remove said limb or appendage or paralyze the specified area. Often, BID sufferers report that they feel that the appendage is not theirs or they would feel more secure if it were removed so someone else’s appendage could not possibly be on them. People with this disorder are often treated with medication combined with psychotherapy. And a smaller subset of this disorder is called gender dysphoria.

All of this begs the question: Why are transgender individuals allowed to have elective body-altering surgeries when others are prohibited from having elective amputations? Similarly, why are BID patients placed in treatment programs but not people with gender dysphoria?”

[T]hese are severe psychological conditions and must be treated compassionately but truthfully. The fact that high-profile professional psychiatric associations say one of these is no longer a psychological disorder must be taken with a substantial grain of salt. Their conclusion is not the result of any new scientific development. It’s the admitted result of significant pressure by pro-transgender lobbyists.

Further, many people’s mental disorders have not been properly diagnosed, or they haven’t been treated properly for their mental disorders or substance abuse. As Michael Shellenberger documents in his book San Fransicko, groups like the ACLU in California often hinder policymakers from developing legislation to really solve the problems of homelessness related to mental health and substance abuse disorders. When Shellenberger asked the ACLU about this correlation, the ACLU responded, “[N]o matter how a person falls into homelessness, the root cause is always the scarcity of affordable housing.” This statement ignores the root cause of bad mental health. Incarceration is not always the answer either. Between 1885 and 2005 the incarceration rate of people with serious mental disorders rose from 0.7 percent to 21 percent. The increased incarceration rate is partly because psychiatric hospitals have been dissolved. Many people with severe mental health disorders wind up as part of the ever-growing homeless population or in prison.

Capitalizing on the pandemic are services like Cerebral, founded by Kyle Robertson who is a former member of Obama’s National Economic Council. Cerebral, and several services like it that offer a “mental health subscription service” for talk therapy and to obtain psychotropic medication like Xanax, Adderall, and typical SSRIs (a type of antidepressant). This only happened after the Drug Enforcement Administration loosened its restrictions on Schedule II through Schedule V drugs via telehealth appointments. Until then, these drugs required physical evaluations and blood work to ensure no other similar drugs were in the patient’s system that could cause a toxic mix, overdose, or substance abuse.

Cerebral has used TikTok heavily to promote its services. Cerebral and other “big box therapy” services like Better Help also take advantage of newly licensed mental health practitioners by overloading them with clients and paying very little. This makes for a very tired and apathetic set of therapists. Further, the fine print on these sites states that these sites sell client information to third parties. This may violate client privacy and the codes of ethics that require the counselors to protect their clients.

There also seems to be an increase in psychotherapists imposing their “woke” beliefs on their clients rather than working to treat them. The American Counseling Association’s 2014 Code of Ethics clearly states:

Counselors are aware of—and avoid imposing—their own values, attitudes, beliefs, and behaviors. Counselors . . . seek training in areas in which they are at risk of imposing their values onto clients, especially when the counselor’s values are inconsistent with the client’s goals or are discriminatory in nature.

[S]ome people may seek therapy specifically to process experiences of, say racism or sexual violation, and may want a therapist who helps them to frame these experiences through a historical-political lens. In this case, the client enters therapy with this as part of their goals. But others tell of poor care from therapists who imposed their own agenda—promoting a version of feminism, anti-racism, or “sloppy” gender care that made the client’s marriage or mental health worse. In each case, trust was broken.

Fortunately, more psychotherapists are calling out the hypocrisy of woke mental health practices. Dr. Tarico has a website devoted to resources that combat woke mental health. Dr. Stephanie Knarr, a licensed therapist in Maryland started ConservativeTherapists.com. This website has a list of subscribed therapists, which allows people to search and find conservative therapists in their state. Dr. Knarr also regularly posts to her website blog with resources. She also produces a podcast that addresses issues of wokeness in the mental health field and often has guests who are working to change the field for the better.

It seems America has two different mental health crises: real mental illness and mental health practitioners who are more focused on enabling the issues than helping treat them.