Who’s On Top of the PIRG Pyramid? 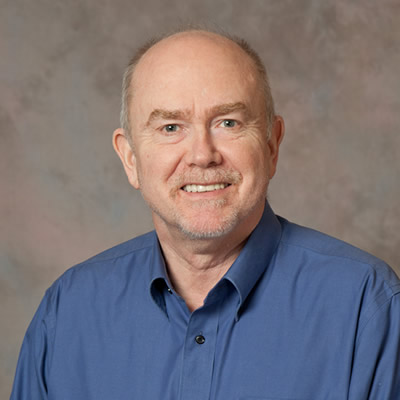 The U.S. Public Interest Research Group (US-PIRG) is perhaps the best known of the “PIRG” organizations engaged in street-corner solicitations and door-to-door canvassing for left-wing causes. But not all of these “clipboard kids” are working for US-PIRG. Some are working for any number of left-wing organizations, including the Southern Poverty Law Center and Human Rights Campaign, and asking for donations, seeking signatures, or offering to register passersby to vote in upcoming elections. They will not sport PIRG paraphernalia, though; these canvassers wear shirts emblazoned with the logos of the organizations for which they campaign, making those groups appear as if they run on volunteer enthusiasm or at least employ a private legion of activists.

US-PIRG, the national organization, is the face of a network of state PIRGs, such as those in Massachusetts (MASSPIRG) and Oregon (OSPIRG). And to make things yet more confusing, many of these PIRG-style canvassers are employed by the PIRG network’s for-profit canvassing arm, Grassroots Campaigns, Inc.

But both US-PIRG, the state PIRGs, and Grassroots Campaigns are themselves pieces in an even larger web of left-wing organizations called the Public Interest Network (PIN). And there’s one man at the head of US-PIRG, Grassroots Campaigns, and PIN: the enigmatic Doug Phelps.

Phelps is simultaneously president of PIN, CEO of Grassroots Campaigns, and board chairman of US-PIRG. But his connections run far deeper than that—by one count, he is the top executive or a current or former board member of a whopping 16 groups in the Public Interest Network. Many of the groups he presides over represent the bulk of funding and power within PIN, including the 501(c)(4) environmental advocacy group Environment America (2015 assets worth $21 million) and PIN’s 501(c)(4) fundraising arm, Fund for the Public Interest (2015 assets worth $27 million).

CRC has also identified Phelps as the president of the National Association of Organizations in the Public Interest (NAOPI), a mysterious 501(c)(4) nonprofit which does not file annual Form 990 reports with the IRS, but is listed on IRS forms as the direct controlling entity of Fund for the Public Interest.

Almost nothing is known about Phelps’ private life. He grew up in Colorado and attended Littleton High School. A November 2017 interview with Phelps in the Denver Post revealed him as the “clean-shaven, bespectacled face of a rebellion” against the Vietnam War during his college years who was arrested for publicly drinking beer on a dry campus.

Today, that rebel is a member of the Democracy Alliance (DA)—a shadowy strategizing group for luminaries in the Democratic Party—according to a panel he introduced in 2008 entitled “Democracy Alliance: Colorado as a Model—Donor Cooperation for Social Change.” (A confidential document obtained by the Washington Free Beacon in 2014 confirms this.)

Considering his connections, it isn’t surprising that Phelps is also on the board of the left-wing activism group ProgressNow, a position he shares with a slew of top-tier liberals such as Rob McKay, Ted Trimpa, and Joe Zimlich—all members of the Democracy Alliance.

Phelps’ connections to left-wing groups don’t end there. According to emails apparently hacked from Democratic operative John Podesta, Phelps was a major startup donor to Progress Florida in 2008, a group whose executive director, Mark Ferrulo, also ran Florida’s PIRG and Environment America affiliates. These emails further show Phelps sponsored 2014 dinner hosted by the League of Conservation Voters, at which Hillary Clinton was the leading speaker.

In May 2016, Phelps attended the Obamas’ Nordic State Dinner—an event honoring the leaders of Sweden, Finland, Norway, Denmark, and Iceland—at the White House. (In attendance with him was Faye Park, president of Fund for the Public Interest and one of Phelps’s top lieutenants.)

He also has his own private grantmaking foundation, the Douglas H. Phelps Foundation (2015 assets worth $1.3 million), which has made grants to the Center for American Progress, Ballot Initiative Strategy Center, and the Clinton Foundation.

There’s undoubtedly much more to Doug Phelps’ tangle of connections than has yet to be uncovered, but it goes a long way toward revealing the man at the top of the PIRG pyramid.