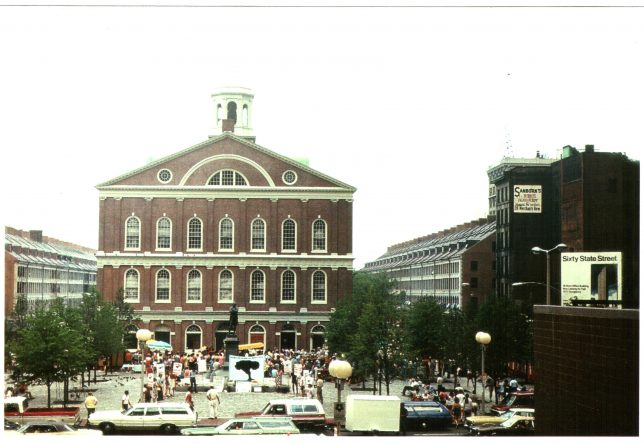 [Editor’s Note: This article and Union PAC’s Canvassing Consultants Turn to Old-Fashioned Union Busting are the first parts of an in-depth investigation into the Public Interest Network. Stay tuned for more shocking revelations on this network of influencers.]

Have you ever heard a group call itself a “grassroots” organization, only to find out it’s run by professional activists? While virtually every group on the professional Left cherishes the appearance of being a spontaneous, organic movement, most would be better characterized as Astroturf—cogs in a massive, well-oiled political machine—rather than grassroots.

In practice, this means organizing professional activists to advance a broadly left-wing policy agenda. A glance at Fair Share’s 2015 federal tax filings, for instance, shows donations to the Democratic Party of Arkansas and the left-wing Florida Consumer Action Network.

Some of Fair Share’s past campaigns have involved lobbying Congress to end the budget sequester in 2013 and pass a constitutional amendment “that would end unlimited campaign contributions and declare that corporations are not people” (a reference to the 2010 Supreme Court decision in Citizens United v. FEC)—pretty standard fare for a group on the professional Left.

A look at the financials of  Fair Share Action, the group’s political action committee, support this agenda—between 2012 and 2016, the PAC raised $12.7 million in contributions from the labor union PAC For Our Future, the American Federation of Government Employees, AFSCME, the Environmental Defense Action Fund, the League of Conservation Voters, the Democratic Party’s House Majority PAC, and the 501(c)(4) advocacy group Environment America.

What do all of these groups have in common with each other? They’re all part of the Public Interest Network (PIN)—a vast, tentacular network of left-wing policy research and advocacy organizations with a presence in every corner of the nation.

But PIN is itself an umbrella organization created to house the groups that spun off of the U.S. Public Interest Research Group (US-PIRG), a group founded in 1970 by Ralph Nader, the Green Party’s 2000 presidential nominee and founder of the anti-free market group Public Citizen. Originally a collection of student activist groups based on college campuses, they coalesced into a national organization intended to lobby Congress for progressive legislation. (As a curious aside: around 1984 a young Barack Obama joined the New York PIRG, where he “became a full-time organizer at City College in Harlem . . . to mobilize student volunteers,” according to the New York Times.)

Operating beneath US-PIRG are numerous state “PIRGs,” which have been criticized by liberals and conservatives as sweatshops for abusing their “legions of idealistic door-knockers” with very low wages and sweltering work conditions. In 2016, US-PIRG opposed a Labor Department rule cheered by labor unions, which would have vastly increased the number of workers who must be paid time-and-a-half after working 40 hours in a week. US-PIRG’s reasoning: if they had to pay workers more, they’d be forced to “hire fewer staff.” (This is the typical case in which a left-leaning group identifies the problem with progressive labor policies when those policies are applied close to home.)

In many cases, the state PIRGs are funded with hundreds of thousands of dollars in mandatory student fees with next to no financial accountability. According to National Review, the Oregon PIRG funnels funds to state 501(c)(4) lobbying arms “in the form of ridiculous consulting fees, rent on offices they don’t use, etc.”

MASSPIRG is one of the largest and oldest state PIRGs, created in 1972. It markets itself as “an independent voice for consumers” and has lobbied for various environmentalist policies, including a plan to run the University of Massachusetts system with 100 percent renewable energy by 2050. It took credit in 2015 for the scheduled shutdown of the Pilgrim nuclear power plant, has also called for a constitutional amendment to overturn Citizens United, and regularly performs voter registration and mobilization drives on college campuses intended to turn out young voters to support Democratic candidates.

The connections between these and other PIRG entities are cloudy, and it isn’t unusual to see large sums of money move between them. Fair Share, for example, paid Fund for the Public Interest $134,321 in 2015 for “prog[ram] admin[istration] and fundraising consulting.”

Together, these nonprofits control the highest levels of the PIRG network and the numerous array of organizers, fundraisers, lobbying groups, think tanks, and PACs beneath them.

Confused yet? That’s kind of the point.

While it isn’t immediately clear why the PIRG network operates under this highly unusual relationship, one anonymous blogger has speculated that it’s intended to help Public Interest Network president Doug Phelps maximize tax advantages while dividing the nonprofit PIRG entities (like Fair Share) from the super PACs the network doesn’t want to advertise too loudly:

It primarily serves to separate the “non-partisan” groups like U.S. PIRG from groups that make political contributions, like Fair Share Action. If PIRG shared the [Public Interest Network] umbrella with a Super PAC, it would quickly lose credibility as non-partisan. So NAOPI provides a layer of insulation (both legally and semantically) between politically-motivated groups and groups that could lose non-profit status or other benefits by being associated . . . while letting them remain associated and controlled by the same man.

While CRC has not been able to substantiate this claim, it would certainly explain much of PIRG’s complex network—which ultimately exists to move funds to causes PIRG supports.

He’s also president of Environment America, a board member on Environment America’s 501(c)(3) research arm, board chair of US-PIRG, and a board member of MASSPIRG. Not content with controlling PIRG’s nonprofit wings, Phelps is CEO of Grassroots Campaigns, Inc., the ironically named Astroturf organization known for supplying legions of canvassers to left-wing group like Planned Parenthood and the ACLU.

He is founder and president of Telefund, Inc., a campaign telemarketing firm whose client list seems ripped from the directory of prominent Democratic Party activist groups: EMILY’s List, the Democratic Congressional Campaign Committee, League of Women Voters, and Greenpeace, to name a few.

Phelps even has his own private grantmaking foundation, the Douglas H. Phelps Foundation, whose largesse has gone to fund Media Matters for America (David Brock’s left-wing anti-bias “watchdog”), the left-leaning Aspen Institute, and even the Clinton Foundation.

NAOPI doesn’t report financial statements to the IRS, obfuscating its activities. But all of these revelations suggest there’s a lot going on in the dark we don’t know about. Is PIRG really the grassroots organization it wants you to think it is? Or is it the face of Doug Phelps’ shadowy empire—a byzantine leviathan subsidized by student fees and armies of underpaid street canvassers? 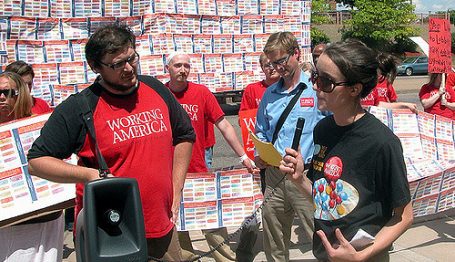