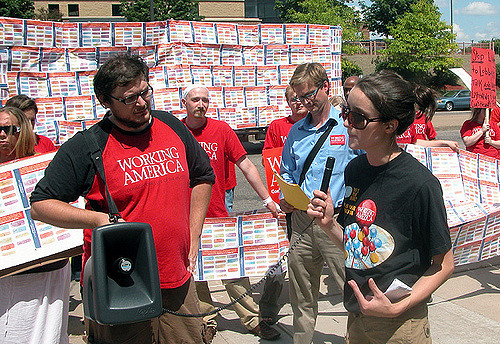 [Editor’s Note: This article and MASSPIRG: The Left-Wing Leviathan are the first parts of an in-depth investigation into the Public Interest Network. Stay tuned for more shocking revelations on this network of influencers.]

Denizens of major cities—especially left-leaning ones like Washington, D.C., or San Francisco—are surely familiar with the “clipboard kids” who ask passersby to sign on or contribute money to any of a number of trendy left-wing causes. But while the canvassers might wear shirts and gather resources for the American Civil Liberties Union, the Southern Poverty Law Center, the Planned Parenthood Federation of America, or any of a number of other left-wing advocacy groups, the canvassers themselves work for an independent contractor—Grassroots Campaigns, Inc. That company, which is tied to a large and convoluted network of left-wing advocacy groups, political action committees, and political consultancies, has gained a reputation over the past two decades for failing to live up to its, and its clients’, professed progressive values.

Just how Grassroots Campaigns has most recently failed to live up to its liberal values was the subject of a recent story in the left-of-center Pacific Standard magazine. Grassroots Campaigns canvassers in Seattle organized a labor union under the Industrial Workers of the World (IWW), citing long hours, difficult-to-meet fundraising quotas, and high turnover. The IWW proceeded to win a National Labor Relations Board (NLRB)-supervised unionization election, and that should have been that (for good or for ill)—the “liberal sweatshop” (or at least its Seattle office) had unionized.

But Grassroots Campaigns then allegedly pulled out a union-busting tactic worthy of the Pinkertons, not a canvassing consultant to the AFL-CIO-affiliated PACs For Our Future and Working America Coalition. After the Seattle office unionized, Grassroots Campaigns closed it, laying off the new union members. IWW alleges that the closure violated NLRB rules prohibiting retaliation by employers against union organizing and union members; these “unfair labor practices” charges remain open as of this writing.

To get a deeper understanding of Grassroots Campaigns Inc.’s dubious practices, take a look at the company’s chief executive officer, Doug Phelps. To call Phelps a “man of many hats” is a major understatement: He chairs, manages, funds, or leads a host of liberal organizations under the banner of the “Public Interest Network.” Unpacking the Public Interest Network is convoluted: Its structure involves numerous state-level advocacy groups (known as “public interest research groups” or PIRGs) and their associated educational arms, state-level environmentalist groups and their associated educational arms under the “Environment America” banner, and the national-level advocacy umbrellas U.S. Public Interest Research Group and Environment America.

The shell game escalates from there. Many of these state-level organizations are controlled by two more nonprofit entities, “National Association of Organizations in the Public Interest” (NAOPI) and “National Center for the Public Interest” (NCPI) which have not filed a Form 990 tax return, which includes a number of financial disclosures, in years.

Even some liberals are skeptical of the business practices of Phelps, the Public Interest Network, and the associated for-profits like Grassroots Campaigns. That hasn’t stopped big names in liberal politics from hiring the seedy network—with consequences for wide-eyed left-wing activists just looking to “make a difference.” 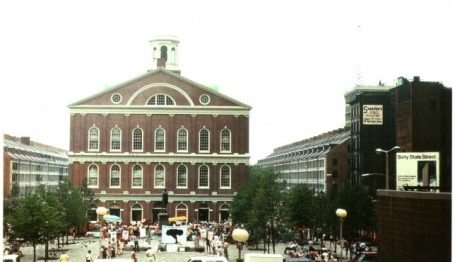