The Push for Permanent Vote by Mail: Your Opinion Is Disinformation 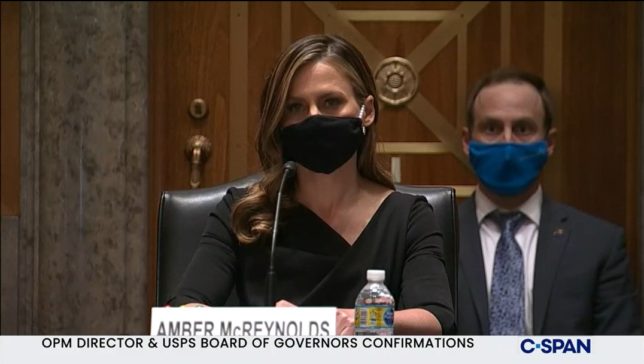 Your Opinion Is Disinformation

Since the 2020 election, McReynolds has pivoted to dismissing any claims of election irregularities, fraud, or mischief as “disinformation”—such as in one left-leaning podcast in which she’s described as a “progressive”:

In an election where one side isn’t happy with the outcome their immediate response is to blame the process, or blame the system, and so we’re going to have a lot of work to do to dispel the myths and the misinformation and disinformation because that’s just spreading like wildfire.

Elsewhere, she’s claimed that “the 2020 election was the most secure election that we’ve ever had” (CTCL makes the same extreme claim) and that “the biggest challenge in 2020 was the disinformation and misinformation that occurred.” Limits on mail-in voting, in her view, “are aimed at restricting election officials from doing their jobs,” not preventing illegal voting, while “partisan actors” (read: Republicans) are “play[ing] games and try[ing] to tip the scales in the election process.”

This is pundit language and a dead giveaway for partisan leanings. “I think on the policy front, part of the reason the disinformation spreads… is that there are not many federal standards,” she told the Associated Press in May 2021. “We need to think about some federal standards [for elections] because it’s easy for bad actors to spread the wrong information because the rules vary so much by state.”

“Federal standards” to combat “disinformation” means placing control over how the elections are run in the hands of Washington bureaucrats. It means ignoring the Constitution’s stipulation that the states alone may prescribe “the times, places and manner of holding elections for senators and representatives” (Article 1, Sectiom 4) and instead instituting the sort of top-down election system the Founders tried to prevent.

Anyone familiar with how the left suddenly adopts a new phrase or buzzword to fit political needs won’t be surprised by the sudden popularity of a once-obscure word—“disinformation”—previously used by intelligence services to describe false-flag operations in espionage and wartime, which is now used to describe right-wing voter-suppression conspiracy theories. It’s designed to shut down debate.

Shortly after Joe Biden was sworn in as the nation’s 46th president, McReynolds got her reward: an appointment to the U.S. Postal Service Board of Governors, which oversees the agency.

There’s a catch. By law, a maximum of five members of either party may serve on the nine-person board. As of writing, the USPS Board of Governors has four Republicans and three Democrats, plus the “independent” McReynolds. If the Senate confirms Biden’s newest nominees—a Republican who’s served under both Trump and Obama, Derek Kan, and a Democrat, Derek Tangherlini, who heads Laurene Powell Jobs’ philanthropy Emerson Collective—it would bring the total to five Republicans, four Democrats, and McReynolds.

By presenting McReynolds as an “independent” during her 2021 confirmation process, the Biden administration quietly freed up a future Democratic seat, potentially gifting the party six seats and total control over the Postal Service in the near future.

But is McReynolds really an independent? For one thing, McReynolds was a registered Democrat in 2010, according to the conservative American Accountability Foundation.

She was also an advisor to the Election Validation Project, a campaign by Pierre Omidyar’s Democracy Fund to advise public officials on conducting election audits. The project is headed by Jennifer Morrell, an ex-Colorado elections official who also runs the Elections Group, a CTCL ally that provides “guidance” to officials on implementing mail-in ballots.

Just 10 days prior to McReynolds’ appointment to the Board of Governors in February 2021, the National Vote at Home Institute’s website showed a list of partners, almost all of them left-wing political groups.

McReynolds was confirmed to the USPS Board of Governors in May 2021 by a vote of 59 to 38 as an independent. Republican William D. Zollars’ term expires in December 2022. With the left pinning so many of its hopes on vote by mail in the future, skeptics might rightly wonder why Biden wouldn’t try to replace him with another Democrat in order to gain an illegal supermajority on the board.

This is hardly speculation. Senate Democrats started calling on Biden to remove Postmaster General Louis DeJoy, a Trump appointee, earlier this year. Why? DeJoy is a vote-by-mail skeptic. Democrats and activists have accused him of intentionally slowing down the delivery of mail—and mail-in ballots—ahead of the 2020 election, which DeJoy denies. (It is more likely that, as with everything else in 2020, Covid-19 was responsible for slow delivery times.)

A left-wing majority would have the power to replace DeJoy with a more pliable candidate. Common Cause, a liberal litigation group and Vote at Home partner, has an entire lobbying campaign for creating a Biden-appointed, “reform-minded majority” on the USPS Board of Governors to “fix Trump’s manufactured USPS crisis and fire DeJoy.”

Biden’s nominees uniformly count speedier delivery of mail-in ballots as central to their proposed “sweeping reforms” to the Postal Service. One can expect the other Democrats and McReynolds to support transforming the declining agency into a ballot-delivery service, since vote by mail is central to the Democrats’ future election strategy.

This risky strategy relies on propping up the Postal Service. USPS lost $4.6 billion in 2021 alone and has predicted it will run out of money by 2024. Trump proposed privatizing the agency in 2018. A bipartisan postal-reform bill, signed into law in April, promises to save $50 billion over the next decade, though critics see it as throwing good money after bad.

In March, Biden asked Congress for $10 billion to fund “election infrastructure”—half of which would be used to boost USPS’s capacity for mail-in voting “in underserved areas” (translation: rich with Democratic votes), including free postage for ballots for an agency that has lost money for the past 15 years.

But the strategy makes more sense when viewed in concert with other elements designed to give Democrats a permanent edge in future elections, like CTCL’s $80 million campaign to get Uncle Sam to pay for the things Mark Zuckerberg funded in 2020: more mail-in paper ballots, and taxpayer funding for drop boxes to bypass USPS should it fail to deliver the necessary votes.

They’re already making headway. In April the Postal Service, Democracy Fund, and Vote at Home invited election officials to a two-day retreat in Phoenix, Arizona, where they were schooled in best practices related to “voter-roll maintenance,” “envelope and application design,” and other vote-by-mail elements.

In the next installment, ensuring election integrity will require fighting on the state level and exposing the Left’s attempts to coopt government offices into tilting elections.