The Push for Permanent Vote by Mail: Vote at Home in 2020 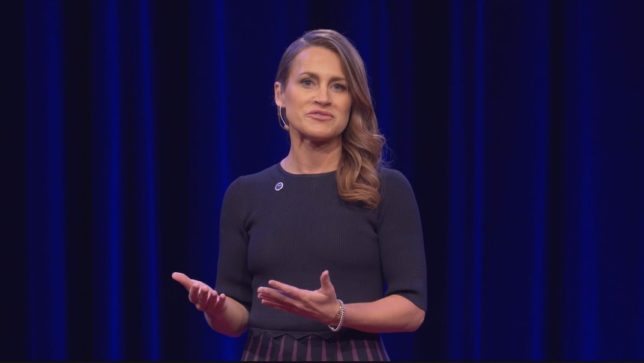 In 2018, McReynolds left Denver to lead the National Vote at Home Institute and Coalition, a pair of tiny nonprofits in Washington, DC, formed the year prior to promote vote by mail everywhere.

Like all 501(c) nonprofits, both Vote at Home groups are officially nonpartisan, per IRS tax exempt rules. Yet they were created with start-up funding from the liberal National Association of Letter Carriers (the postal workers’ union), which hosted the group’s kick-off event at its union headquarters in Washington. The event was attended by AFL-CIO President Richard Trumka, Sen. Ron Wyden of Oregon (a Democrat elected in the country’s first-ever all-mail federal election), and Oregon Secretary of State Phil Keisling, who later joined the board of Vote at Home. At the event, Keisling illustrated his vision of voting, with my emphasis:

Imagine a state where voters never have to show a photo ID; wait in voting lines; leave home or work early to get to their designated polling place; or worry about bad weather, traffic jams, finding parking or public transportation, or arranging childcare.

Brian Renfroe, executive vice president of the postal workers’ union, leads Vote at Home’s board of directors. Also on the board is Emily Persaud-Zamora, director of the Nevada affiliate of the liberal get-out-the-vote group State Voices, and 2018 Democratic Maryland gubernatorial candidate and former NAACP president Ben Jealous, who now heads the far-left judicial activist group People for the American Way, infamous for the original “borking” of judge Robert Bork, and later their attempted “borkings” of President Trump’s Supreme Court appointees.

Also on Vote at Home’s board is Stephen Silberstein, one of the top 20 donors to the Hillary Clinton-aligned super PAC Priorities USA Action in 2016, a board member for the anti-electoral college group National Popular Vote, and a member of the Democracy Alliance, where the left’s most powerful donors regularly meet to discuss funding of political and get-out-the-vote groups. The Silberstein Foundation has donated at least $425,000 to the National Vote at Home Institute since 2018.

Under McReynolds, Vote at Home released its first national vote-by-mail proposal in mid-2020, “catapulting” this tiny organization into the center of the left’s scheme to use Covid-19 to transform the 2020 election.

As the election loomed, Vote at Home supplied secretaries of state with drop box locations—many of them paid for by CTCL’s “Zuck bucks”—and pushed for hasty adoption of mail-in ballots in at least 37 states and DC.

Meddling in the States

In Wisconsin, the Vote by Mail operative Michael Spitzer-Rubenstein effectively ran Green Bay’s election as the city’s “de facto elections administrator,” according to a later investigation by Wisconsin Spotlight. Email chains exposed Green Bay Mayor Eric Genrich “usurping” the city clerk’s authority over election administration and giving it to the Vote at Home crew—placing the state’s third-largest election in the hands of private, partisan actors. In the clerk’s words, Green Bay “went rogue” under Vote at Home and its Democratic allies.

Spitzer-Rubenstein reportedly controlled four of the five keys to the room where ballots were stored and counted, had access to absentee ballots days before the 2020 election, and asked the county clerk if he and his team could “cure” faulty absentee ballots as they’d done in Milwaukee.

Vote at Home launched a Wisconsin “communications toolkit” in August “to support outreach around absentee voting” in coordination with an allied left-wing group, the Center for Civic Design, which “share[d] research insights about how to engage people who might not trust the vote by mail process.” (It’s also worth noting that CTCL, which spent $10.1 million in Wisconsin, lists the National Vote at Home Institute as a partner in its schemes.)

But Vote at Home didn’t only target Wisconsin. A since-removed list of state leads on Vote at Home’s website reveals other operatives in Pennsylvania, Georgia, Texas, Michigan, Ohio, New York, and New Jersey.

Little is known about these operatives’ meddling in the 2020 election, and most of them don’t list (or perhaps have dropped) National Vote at Home Institute from their LinkedIn profiles. But in Ohio and Georgia, at least, Vote at Home operatives coordinated their efforts with the Leadership Now Project, formed by Obama administration alumni to trick conservative voters into supporting the Left’s gerrymandering and vote-by-mail schemes—a project it called “Fix the System.” Fix the System was run by Nilmini Rubin, who now runs public policy affairs for Facebook.

In the next installment, McReynolds pivoted to dismissing any claims of election irregularities, fraud, or mischief as “disinformation.”