The Push for Permanent Vote by Mail: Amber McReynolds 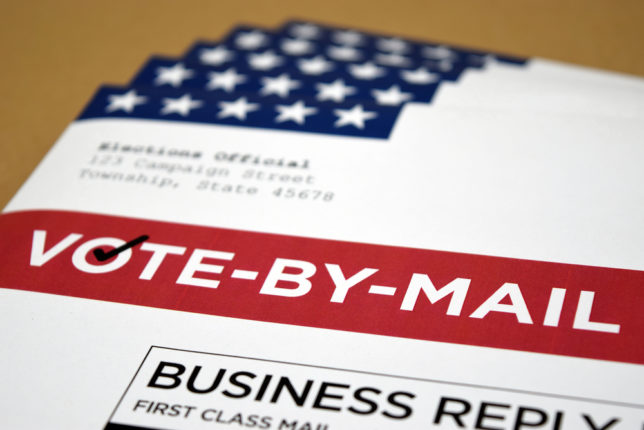 Leftists fell in love with all-mail elections in 2020. Now they want to make vote by mail permanent.

Transforming our country’s elections into a mail-in fiasco is a big step toward handing power over elections from the states to the federal government, empowering professional activists, inviting fraud, and damaging America’s constitutional system. It places the integrity of the republic in the hands of the U.S. Postal Service, the government agency that routinely delivers your neighbor’s mail to your house. And it promises to undermine public trust in electoral outcomes from now until doomsday, which could make the problems of the 2020 election routine.

I’ve documented progressives’ relentless effort to federalize elections, from the $400-million flood of private cash Facebook founder Mark Zuckerberg sent to elections officials in 2020 to the $80 million “dark money” campaign for permanent vote by mail ahead of the 2022 and 2024 elections. That reporting builds on Capital Research Center’s year-and-a-half long investigation into the role of “Zuck bucks” in battleground states and our discovery that they targeted areas rich with Democratic votes, like Philadelphia and Atlanta.

At the heart of that misadventure are the Center for Tech and Civic Life, Arabella Advisors’ $1.7 billion activist empire, and the National Vote at Home Institute. But Americans should be familiar with the true face of vote by mail: Amber McReynolds.

She’s often labeled a reform-minded “independent” and is listed on the website of the National Association of Nonpartisan Reformers and in Governing Magazine’s 2018 Top Public Officials of the Year. In interview after gushing interview with left-leaning outlets, she’s touted as a good-government advocate uninterested in petty partisan goals.

But make no mistake: Amber McReynolds is a product of Activism, Inc.

If you’ve ever been solicited on the street for a donation to the American Civil Liberties Union or Sierra Club by a “clipboard kid,” you’ve probably had a run-in with these guys, who are famous for generating new liberal activists—and a president. As Barack Obama put it in 2004, “I used to be a PIRG guy. You guys trained me well.”

In 2005, McReynolds was hired by the Denver Elections Commission. In 2011, she became the agency’s director. A year later, the city’s Democratic mayor awarded her with the “rising star” award for overseeing the creation of Denver’s ballot-tracking and electronic petition-gathering software (Ballot TRACE). A year after that, in 2013, McReynolds successfully pushed for Colorado’s adoption of all-mail voting and election-day registration, reportedly downplaying the threat of voter fraud in her testimony before the state legislature by claiming ignorance of the concept: “I’m not sure, to be honest, what is an illegal vote…. What does that mean?”

McReynolds was key to many of the last-minute voting-law changes in Pennsylvania ahead of the 2020 election, which conservatives criticized as unconstitutional and vulnerable to fraud. She’s cited extensively in an amicus briefing filed by the League of Women Voters of Pennsylvania, Common Cause Pennsylvania, the Philadelphia-based Black Political Empowerment Project, and the Latino-focused Make the Road PA—all left-wing get-out-the-vote groups—supporting the Pennsylvania Democratic Party’s lawsuit against Secretary of State Kathy Boockvar, a Democrat, demanding the state adopt drop boxes and “alternatives to in-person voting.”

McReynolds’ sworn testimony (paid for at a rate of $225 per hour) notes that “ballot drop-boxes can be an important component of implementing expanded mail-in voting,” “do not create an increased opportunity for fraud,” and “are generally more secure than…post office boxes.” She also supports the adoption of “text-to-cure,” a system adopted in 2020 in Colorado wherein voters are invited to email, fax, or send a text message to “cure” mistakes in their ballots (e.g., a missing signature) instead of sending an affidavit.

The Pennsylvania Supreme Court ultimately ruled in the Democratic Party’s favor, determining that county elections boards may accept mail-in ballots in “unmanned drop-boxes” and extending the deadline for mail-in and absentee ballots by three days—even for ballots missing a postmark.

All of these controversial factors later featured prominently in the 2020 election in Pennsylvania and other battleground states, thanks to funding from Mark Zuckerberg and the Center for Tech and Civic Life.

Pennsylvania’s Republican-controlled state Senate banned both private funding for elections and drop-boxes in April 2022; the bill is expected to be vetoed by Democratic Gov. Tom Wolf, and drop boxes were still in place for the state’s June primary. In Wisconsin, the state supreme court ruled drop boxes were illegal in February 2022 after 570 were used in 66 of the state’s 72 counties between 2020 and early 2021. 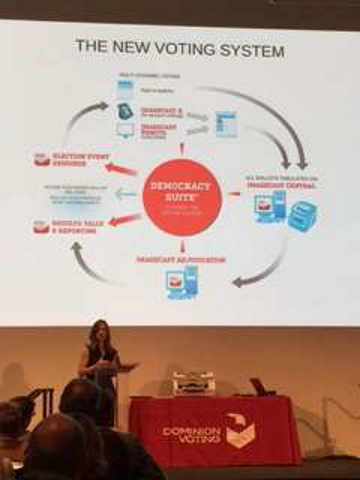 Interestingly, McReynolds also oversaw Denver’s adoption of the now-controversial Dominion Voting Systems in May 2015, lauding the system in a presentation before election officials (only a grainy image of her presentation exists). The liberal Brennan Center for Justice profiled Denver’s adoption of Dominion in a 2015 case study, noting that it was designed to promote vote by mail given that 95 percent of Denver voters cast their ballot by mail under the state’s all-mail system. McReynolds later defended Dominion against claims of ballot fraud days after the 2020 election, tweeting:

No, Dominion voting machines did not cause widespread voting problems. Don’t be fooled by conspiracies & disinformation. Instead rely on trusted sources of information like election officials.

In a Denver Post op-ed in 2017, McReynolds in her capacity as Denver’s director of elections accused President Donald Trump’s new Commission on Election Integrity of “frightening away Denver voters” and leading voters to withdraw their registration due to its supposed partisanship (it was bipartisan) and unclear mission. The commission was formed to investigate “improper voter registrations,” “voter suppression,” and fraud. In late 2017, the left-wing group United to Protect Democracy sued the commission for attempting to gather voter information from the states. McReynolds provided sworn testimony alleging that the commission had caused Denver voter registration withdrawals to surge.

In the next installment, McReynolds pushed vote by mail through a pair of nonprofits in Washington, DC.