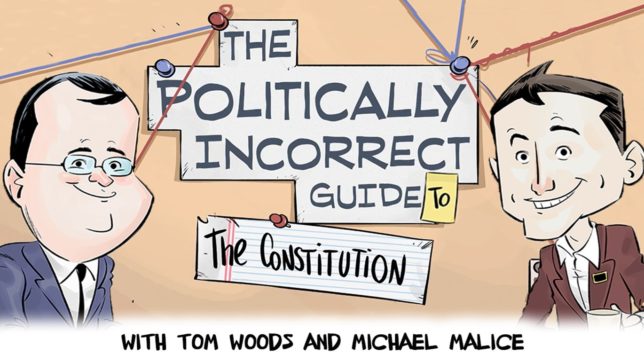 Podcasters and authors Tom Woods and Michael Malice have created an ingenious prescription to heal the sickness of misinformation rampant throughout the country: an animated webseries that educates viewers beyond the politically correct rhetoric increasingly infecting American universities and society at large.

Based on the Regnery book series of the same name, each episode will cover stories from history, culture, and social movements that students in today’s mainstream education system may never hear, but need to know. The book series contains 32 works, each written by a different expert, including The Politically Incorrect Guide to Communism and The Politically Incorrect Guide to Capitalism, both of which will be among the show’s upcoming episodes.

“We are extremely excited to adapt this highly regarded, best-selling book series for animation. We are equally excited to work with Tom and Michael, both of whom have spent their careers shredding the ‘3 by 5 index card of allowable opinion,’” Klein says. “At this time of heightening political correctness, particularly in the entertainment industry, we believe there is deep desire for entertainment that tells it how it is. Tom & Michael’s deep knowledge and humor make them well positioned to fulfill that desire.”

Season one is 10 episodes long, each episode lasting 12 to 15 minutes and releasing throughout 2021. The show will educate “people on true but politically incorrect facts,” says Joseph (Jake) Klein, series producer and founder of Dangerous Documentaries.

Be sure to check out the show and Dangerous Documentaries’ work on social media.

Stay updated on “The Politically Incorrect Guide” at PIGseries.com.