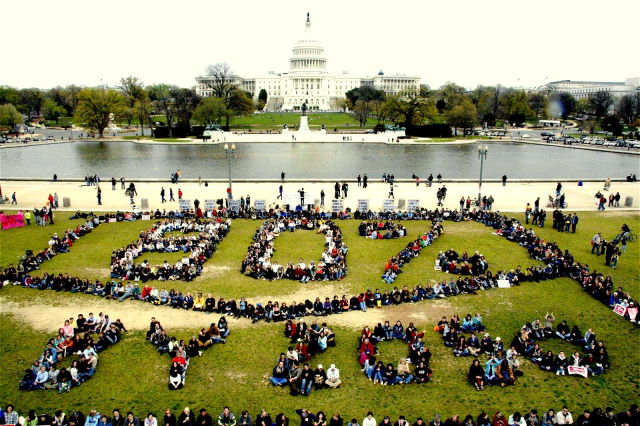 The environmental Left doesn’t merely want to replace coal; it hates it. Far-left Greenpeace believes that “ending our addiction to coal should be non-negotiable.” Radical 350.org has called coal-burning power plants “a dirty symbol of the dirtiest business on Earth, the combustion of coal.” “Coal is an outdated, backward, and dirty 19th-century technology,” writes the Sierra Club, which advocates for wind power, a technology that’s at least 5,000 years old. Ironically, the Sierra Club supported the construction of coal-fired power plants in the 1960s as part of its war on dams.

No longer. For at least a decade the Sierra Club—a group so radical that it recently ditched its famous founder, conservationist John Muir, as irredeemably racist—has fomented a long war against coal with the goal of completely phasing it out after 2050. Sierra Club’s Beyond Coal campaign ratcheted up under the Obama administration, when the group budgeted some $18 million and hired 100 people to defeat coal once and for all.

Part of the Sierra Club’s work involves “direct action” campaigns, as when it sent activists to 60 universities (mostly in coal-rich states like Wyoming) to shut down university-run coal power plants that provide heat and electricity to the campus or to persuade administrators to divest their schools’ endowments from coal company stocks.

While Democrats failed to pass a cap-and-trade bill in 2009–2010, the eco-activists’ campaign culminated in President Obama’s 2015 Clean Power Plan, a bureaucratic version of the bill that mandated states to come up with their own environmental restrictions or face severe penalties from the Environmental Protection Agency. The plan may as well have been called the “expensive energy plan,” in the words of CRC Senior Fellow Dr. Steven J. Allen, since it would have derailed U.S. energy independence and massively spiked household electricity costs by as much as 250 percent. As Obama himself said on the 2008 campaign trail, “under my plan of a cap-and-trade system, electricity rates would necessarily skyrocket.” In 2017, President Trump repealed the plan.

Coal survived the Obama years, but the Left isn’t done. In 2019, the Sierra Club spent close to $74 million—47 percent of its $157 million budget, $79 million of which came from its 501(c)(3) arm, the Sierra Club Foundation—“to retire coal plants and advance clean energy” using its network of environmental lawyers. The group brags in its IRS Form 990 filing:

As a result of tireless advocacy from our Beyond Coal campaign, 18 dirty coal plants were announced for retirement in 2019, bringing our total to 299 coal plants retired or proposed to retire since 2010, representing nearly half of the total coal fleet and putting us on track to retire two-thirds of the entire fleet in [2020]. . . . For the first time in history, the United States is on track to produce more power from renewable energy than from coal.

In September 2020, the Sierra Club boasted that its 318th such triumph put it “on track to retire all coal plants by 2030”—including AES Hawaii, the state’s last coal-fired power plant. If that’s true, electricity bills are about to spike.

Abundant Energy Is the Bedrock of Modern Civilization

What’s clear is that market forces are driving only a fraction of the country’s shift away from coal, and none of this economy-wide transformation is grounded in sound climate science. Ideology is at the heart of the eco-Left’s activism, an anti-human belief that I’ve traced back to the population control movements of the mid- to late-20th century population control activists, themselves the heirs of eugenicists, white supremacists, and abortion proponents like Planned Parenthood founder Margaret Sanger. To die-hard environmentalists, the problem isn’t “fossil fuels”; it’s people. Dialing coal out of the economy, followed by oil and then natural gas, is just the fastest way to achieve unprecedented government control over the economy and Americans’ lives.

Even so-called moderate Democrats are radicals on the environment. One week after his inauguration, President Biden stressed his intent to keep coal mining as part of a federal review of future leasing agreements and avoid the far Left’s much-desired fracking ban. But don’t be fooled, his administration is already the most environmentally extreme in American history. It is exceeding even Obama’s tenure by making climate change a key consideration in the policies pursued by every department and agency in the federal government. Biden has even instructed the Central Intelligence Agency to label global warming a national security threat.

The goal is to make the U.S. electric grid carbon-free by 2035 to stave off an “existential crisis,” the fantasy of the loopy Left and an utter impossibility. Not only would it involve obliterating—not phasing out—all natural gas, coal, and oil consumption in America, it would mean replacing even renewable sources with carbon-free nuclear power plants, arguably the only thing eco-activists loathe more than so-called fossil fuels. Renewables simply can’t run an electric grid in any country. Nor are they even very environmentally friendly, since the metals and precious minerals needed to construct the necessary equipment and infrastructure require vast mining operations in the United States and the Third World, leading to deforestation and other environmental problems on an unprecedented scale.

But Big Oil and Big Gas couldn’t be happier. Why shouldn’t they be? An America that bent on keeping coal “in the ground” and powering itself with wind turbines and solar panels is one in which oil and natural gas have a bright future.

That’s not the image of a brave and prosperous new world. It’s a determination to turn the world’s largest economy into a medieval backwater and the richest people in history into the world’s poorest. Environmentalism is a recipe for self-destruction.