The Left’s War on Coal: Global Warming Is Great for Business 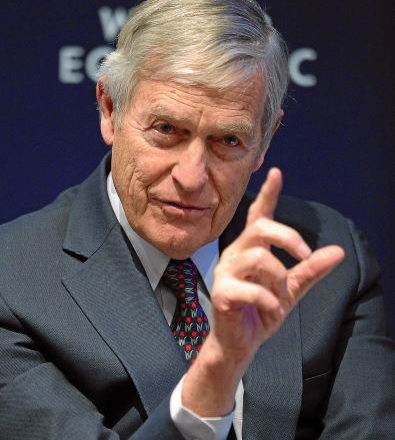 Global Warming Is Great for Business

Two decades later and the parallels between cronyism and activism are striking. Far from their traditional role as the bogeymen of the eco-Left, Big Oil and Gas are all in for the environment. ExxonMobil says it “welcomed the Paris Agreement when it was announced in 2015” and revealed its five-year emissions-reduction plan in December 2020 to “promote cost-effective, market-based solutions to address the risks of climate change.”

In 2019, Royal Dutch Shell brayed for “collaboration with other industries to tackle emissions” under the Paris agreement. (That didn’t stop eco-activists from suing Shell the next year for “violating human rights by continuing to invest billions in fossil fuels.”) ConocoPhillips bragged in October 2020 that it had adopted a “climate risk strategy” to become a net-zero emitter by 2050. And in January 2021, Exelon praised President Biden’s executive order mandating the country’s return to the Paris Agreement. In late 2019, Exelon announced it would spend $20 million on startup firms developing technologies to “mitigate climate change.”

What do all these companies have in common? They’ve loudly sworn off coal.

ExxonMobil, Royal Dutch Shell, ConocoPhillips, Exelon, BHP, BP (formerly British Petroleum), Calpine, First Solar, Vistra, and Total are all members of the Climate Leadership Council (CLC), a lobbying group formed in 2017 by the late environmental activist Ted Halstead. Halstead, who died in September 2020 in a hiking accident, was a TED Talk speaker and author of The Radical Center, which attempted to define a third way away from the center-left and center-right that was, in reality, moderately liberal. This false centrism is perhaps most embodied in Halstead’s previous think tank, New America, which is largely run by alumni from the Obama administration.

CLC’s raison d’être is a carbon tax, or a federal tax on certain companies that emit carbon dioxide. The theory behind the tax is that by making CO2 a commodity, it becomes manageable and measurable. Emitters could be held accountable for polluting the planet with carbon dioxide, giving them an incentive to cut emissions and save money. The receipts from CLC’s carbon tax could then be remitted to the general public in the form of “carbon dividends,” a sort of payoff for backing CLC and the government in its ideological crusade against traditional energy. Advocates tout a carbon tax as “market-friendly” and incentives-based compared to the radical Left’s proposals, but it’s a false choice that requires us to call their carrot a stick and vice versa.

Given that carbon-based energy sources (coal, gas, and oil) account for nearly 63 percent of U.S. energy production, it might as well be called a master tax, since a carbon tax would effectively target everything. Household electricity prices and prices at the pump would quickly skyrocket. CLC and others may be targeting only oil, gas, and coal companies for now, but it isn’t hard to imagine a future carbon tax that extends to every emitter in America—farms, aircraft, container ships, car manufacturers, steel producers, chemical and pharmaceutical companies, cement producers, and residential and office buildings—if we’re considering the largest sources of greenhouse gas emissions in America and the world.

Simply labeling a carbon tax “conservative,” as many such groups do, doesn’t make it anything other than a contradiction in terms—a top-down edict that’s as authoritarian as it is inefficient. As retired University of Virginia atmospheric physics Professor S. Fred Singer put it in 2017, a carbon tax is “a useless solution to a nonexistent problem.”

But where there’s government overreach, canny crony capitalists sniff opportunity. At CLC’s launch in 2017, one skeptical analyst observed that their support came just three weeks after President Trump announced he was withdrawing the U.S. from the Paris Climate Agreement. His conclusion was that the companies “want to see a government-mandated increase to natural gas consumption at the expense of coal.”

Much of today’s carbon tax coalition resembles Enron’s scheme 20 years ago to use government power to wipe out coal and replace it with natural gas. The positions of CLC’s corporate members on coal include:

CLC’s two remaining corporate members, Vistra and First Solar, stand to directly gain from any legislation that would force renewables on a hapless country. First Solar is one of the nation’s top solar panel manufacturers. Vistra owns the world’s largest battery storage facility—a technology critical to storing the electricity generated by renewables and heavily subsidized by the federal government—located in California and numerous solar farms in Texas. Vistra has received close to $10 million in grants from Illinois and Texas.

Simply put, global warming is great for business. The rhetoric of “climapocalypse” creates a powerful need for government regulation, which can be shaped by well-funded lobbyists representing Big Oil and Gas. These companies can claim they’re taking unprecedented action to stop climate change and defeat those selfish coal-mining villains. Left-wing activists can prove to their donors that they’re winning the war but need more grants to finish the job. Politicians can posture as selfless heroes while risking nothing at all to “save” the planet from the horrors of a naturally occurring gas essential to life on Earth. Everyone wins—except for the consumer, who gets the enormous bill.

In the next installment of “The Left’s War on Coal,” see the anti-human radicalism of the environmentalist Left.