The Left’s War on Coal: Why Coal Matters 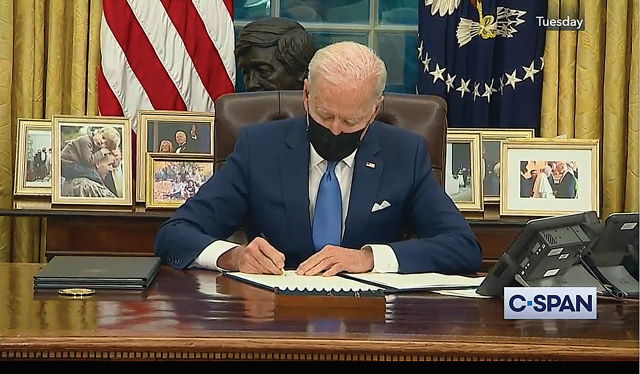 Summary: “Go green”—and go broke. President Biden is in the White House and radical environmentalists are in the driver’s seat, with global warming taking a central role in every department and agency in the federal government, even the Central Intelligence Agency. The coming flood of devastating “green” policies is the culmination of the Left’s long war against coal, America’s most abundant energy resource and the commodity that built modern civilization. But eco-activists have a rich and powerful ally in the oil and natural gas industries, forming an unholy alliance dating back decades, which uses ideological pressure campaigns and crony capitalism to jack up electricity rates and stick ratepayers with the bill. Welcome to the Left’s “green” new world.

Global warming ideologues and advocates for wind, solar, and nuclear power often cast coal as a dirty, obsolete resource. For decades, they have sought to reduce and eventually eliminate the use of coal. Their wishes may be coming true. With one of his first executive orders, President Joseph Biden ordered the U.S. to rejoin the Paris Climate Agreement. A second order instituted “a Government-wide approach” to address climate change, including declaring it “central to United States foreign policy and national security. ” With these executive orders President Biden has moved the United States toward the brave “green” future.

Coal is one of Mankind’s oldest and most venerable resources. The Chinese discovered the substance some 5,500 years ago. The ancient Romans were the first civilization in the West to extract coal from surface seams in Britain and use it to smith iron, heat bathhouses, and light temples. Coal drove Europe’s Industrial Revolution in the 18th and 19th centuries, fueling trains, steamships, and factories. It transformed Wales and southern Scotland into the powerhouses of the British Empire. Coal put Pittsburgh on the map and helped produce the weapons that the Union used to win the Civil War.

Coal arguably saved the world from mass deforestation by offering a cheaper, superior way to fire steelmaking blast furnaces than charcoal, previously the backbone of medieval Europe’s economy. The invention of kerosene in the 1850s—called “coal oil” because it was produced as a byproduct of cannel coal, a type of oil shale—even saved overhunted whale populations from extinction because it was cheap, simple to produce, and smelled better than the whale oil used for decades to light homes. In 1860, a California journal recognized this fact: “Had it not been for the discovery of Coal Oil, the race of whales would soon have become extinct. It is estimated that ten years would have used up the whole family.”

Global warming ideologues and advocates for wind, solar, and nuclear power often cast coal as a dirty, obsolete resource. But is that true?

Anthracite and bituminous coal release about 30 percent more carbon dioxide (CO2) when burned than oil and roughly twice as much as natural gas, although only 21 percent of America’s CO2 emissions in 2019 came from coal. But sulfur, nitrogen, and CO2 can be almost entirely removed by gasifying coal, which is often liquefied into synthetic natural gas and used to produce plastics and fuel vehicles. Traditional coal-burning power plants also use scrubbers that remove sulfur dioxide from smoke, one of the technologies behind the term “clean coal.”

Coal is arguably less space efficient to transport than liquid oil and natural gas, which can be transported more easily by pipeline, tank railcar, or tanker than a solid can be transported. But coal is vastly abundant—the U.S. contains roughly one-fourth of the world’s coal supply, enough to last for at least the next 250 years according to the Energy Information Agency (EIA). It’s cheaper than natural gas, which has fluctuated wildly in price over the last 40 years.

Unsurprisingly, coal is America’s most-used energy resource, mined in 25 states. Wyoming, West Virginia, Pennsylvania, and Illinois are the nation’s top producers, but coal was the most commonly used form of energy in 18 states in 2017.

But that figure is shrinking year after year as many states—particularly in the South and along the East Coast—shift from coal to natural gas and nuclear energy. Between 2011 and 2020, over 100 gigawatts of coal capacity either retired or announced plans to close. In that period 103 coal-fired power plants were overhauled into gas-burning plants. Although President Donald Trump was friendly to the coal industry, its sharp decline continued during his administration. Over the past decade some 50 coal companies have shuttered, including Murray Energy, a major mining firm that declared Chapter 11 bankruptcy in late 2019. (It’s since reformed as American Consolidated Natural Resources.) The EIA attributes this phenomenon to competition with cheap natural gas brought on by the fracking revolution, highly efficient gas-burning technologies, and strict emissions standards created under the Obama administration.

Dick Storm, a registered professional engineer who worked for 50 years in the energy industry, adds the weight of public opinion to the equation. If the left-leaning media can paint carbon dioxide as a “pollutant,” he told CRC, then companies have a strong incentive to dump coal in favor of less CO2-intensive gas and renewables like wind and solar, simply to avoid being labeled “polluters.” Major utility companies can switch to more expensive sources and pass along the costs to consumers—which, in fact, many states are forcing them to do through renewables mandates passed by Democratic-controlled legislatures.

Market forces and outside coercion are both playing a role in shifting America’s consumption away from coal, but this revolution will have far-reaching consequences beyond merely replacing one form of energy with another. Numerous plastics, dyes, solvents, soap, and even aspirin products use coal byproducts. Coal combustion products are critical to the production of cement, aluminum, hydrogen, silicones, carbon fiber, agricultural fertilizers, and even activated carbon used in air and water purification.

Then there’s the manufacturing of steel, the bedrock of modern civilization, which wouldn’t be possible without processing coking coal. It’s estimated that the world consumes 1 billion tons of coking coal each year to produce to 1.7 billion tons of crude steel. Replacing coking coal with a “green” alternative is a fantasy, and no method yet tried is remotely viable on a commercial scale. Ironically, the leading “green” method involves using “bio-carbon”—wood—which would result in a global deforestation, particularly in China, the world’s top steel producer.

However Americans heat their homes in coming decades, affordable and abundant coal will remain essential to every modern economy for the foreseeable future. But there’s a bigger reason why a wholesale switch to renewables isn’t feasible.

In the next installment of “The Left’s War on Coal,” observe the flaws in the Hawaiian model of relying on renewables and the skyrocketing energy costs.